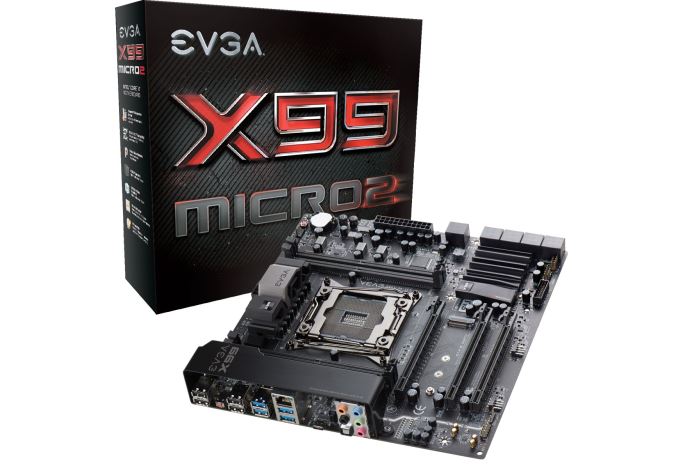 We’ve covered a number of X99 motherboards since the launch of Haswell-E, as well as how USB 3.1 is entering the market through the ASMedia ASM1142 controller or with add-in cards. EVGA is the latest motherboard manufacturer to enter with their solution coming from the ASMedia direction and providing a single Type-C port on a micro-ATX product. 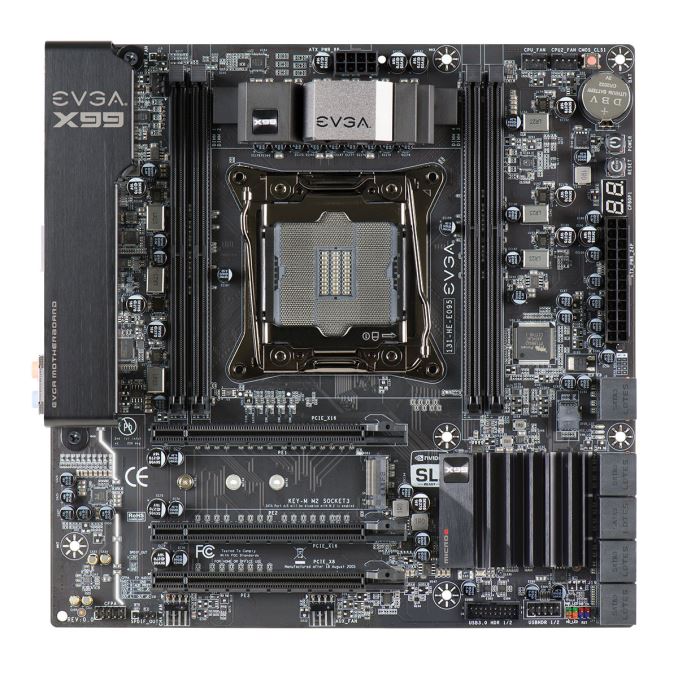 The EVGA X99 Micro2 is an updated version of the X99 Micro, combining that extra Type-C port with more SATA ports, a revised trace layout and a refreshed BIOS over the previous model. The PCIe layout gives x16/x16 or x16/x8/x8 for 40-lane CPUs, allowing another x4 to be used in the PCIe 3.0 x4 M.2 slot between them. The full 10 SATA ports from the chipset are equipped despite the smaller size of the board, although we only get four DDR4 slots which is understandable. These slots are out-of-the-box defined as supporting 16GB modules.

Networking is provided by an Intel I217 network chip, while audio is from an enhanced Realtek ALC1150 codec solution. The two-digit debug display doubles up as a processor temperature display after the POST sequence, and EVGA is heavily promoting its newer BIOS interface as well as in-OS overclocking software. 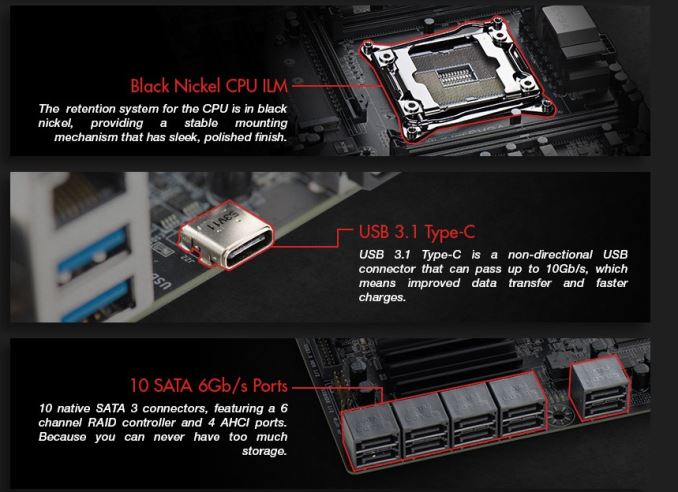 Pricing has not been officially announced; however the X99 Micro is currently on sale for $226, down from $250. I would imagine that this is around the price point that the Micro2 will hit the market.

Edit: Pricing via the EVGA website is currently set to $229. Many thanks to @JordanMcAuley3 for pointing this out.