Just like the Samsung SCH-LC11, at the core of the 4510L is a Qualcomm MDM9600 baseband which is responsible for both LTE and 1x/EVDO data connectivity, attached NAND, Qualcomm RTR8600 multi-band/mode RF transceiver, and a Qualcomm WCN1312 WLAN stack for single spatial stream 802.11n. What’s surprising (at least to me) about both the SCH-LC11 and 4510L is that both lack a discrete application processor for managing both the web front-end and the networking side of things (routing, firewall, NAT). The  MDM9600 must have a relatively beefy onboard ARM11 or something for this to be sufficient, and as we’ll show later there are similarities in the configuration portals that made this a dead giveaway even before I took a peek inside. 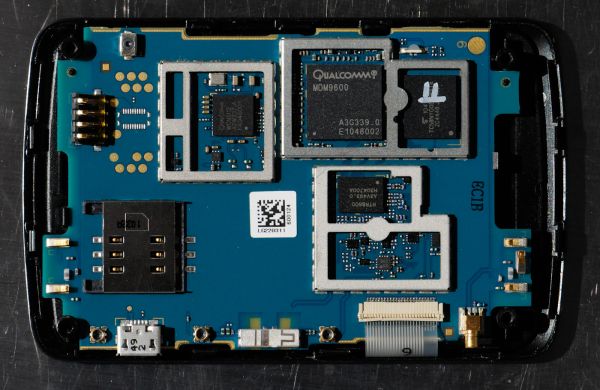 You can see the MDM9600 sitting next to its attached Toshiba 1 Gbit (128 MB) NAND, and to the right of it the WCN1312. Above the MDM9600 is the RTR8600 transceiver. The gold contacts on the far left are for cellular connectivity, and WiFi is at far right. The contacts to the right of WCN1312 are simply for battery. 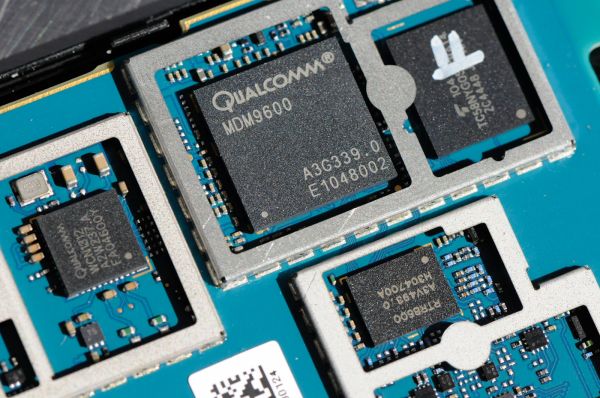 I didn’t go any further with my disassembly because of the delicate ZIF cable snaking around which leads to the e-ink display, and honestly most of what there is to find interesting was already on the this side. 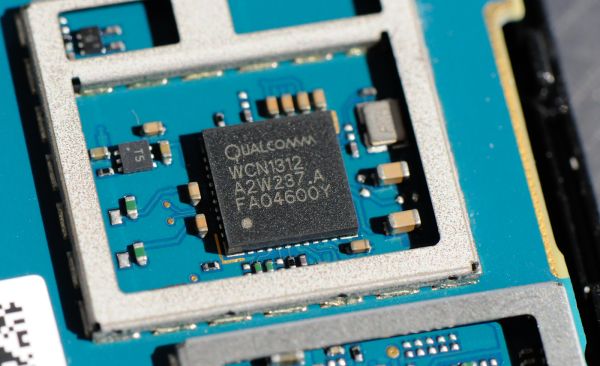 WLAN connectivity is still limited to just the 2.4 GHz ISM band, which rapidly gets crowded and unusable at large gatherings. I sound like a broken record, but it really is impossible to communicate just how much of a problem that is until you’re in a crowded room with 30 other APs all using the same 60 MHz of 2.4 GHz ISM bandwidth. When that happens, it’d be useful to be able to use device-as-modem and tether over USB instead. I got the opportunity to experience this firsthand with the 4510L at two conferences, it’s simultaneously fascinating and frustrating to experience. The best temporary solution is to move to the 5 GHz ISM which has many more non-overlapping channels, and propagation characteristics that will help keep signals confined to a single room instead of an entire venue. Anyhow, I digress. 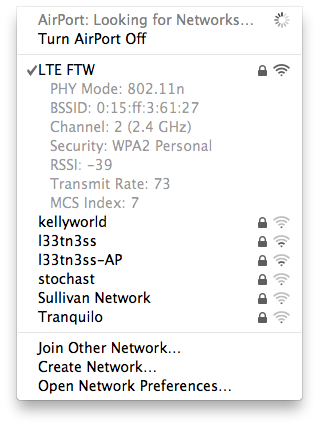 Range on the 4510L is quite far, in fact it’s almost too far. I was able to connect to the 4510L a surprising distance away, downstairs several rooms away from the 4510L and still have both decent RSSI and good enough MCS that typical EVDO performance wouldn’t be degraded at all. Again it’s a bit frustrating because having a very powerful WLAN radios might make sense if your particular use case is having the 4510L serve a household or small office temporarily, but isn’t desirable when you’re on battery power or again in a crowded environment. There’s no way to easily change this through the web front-end either.

The other important feature the 4510L brings is inclusion of an external antenna jack on the device. There’s a plastic flap which pries up revealing the TS9 jack underneath. 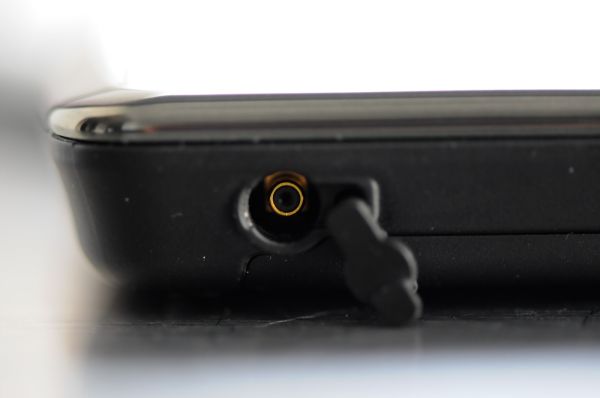 I happened to have a few TS9 antennas laying around, including one multi-band antenna which works well in the 800 / 1900 MHz bands Verizon uses for 1x/EVDO, unfortunately I didn’t have the foresight to have it with me when traveling to 700 MHz LTE markets. 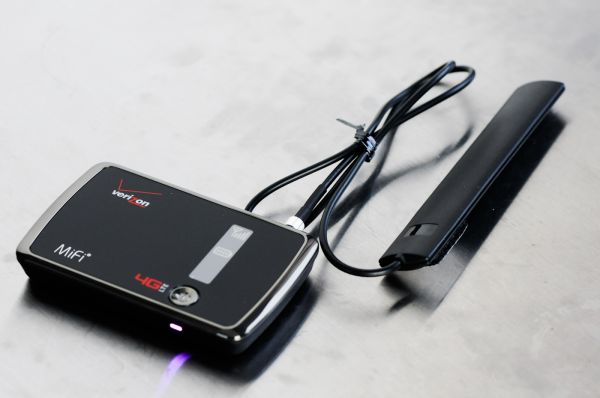 Using my simple TS9 antenna and watching the signal report in the diagnostics menu showed that it definitely improved signal, at least when used in conjunction with CDMA2000 1x/EVDO. I don’t believe that this antenna jack is on the 700 MHz LTE RF chain for the device, however I could be entirely wrong, again I didn’t get the chance to test this.

The 4510L’s internal antennas are on separate sides of the device as I mentioned before. In the photo below, the contacts at left are for cellular, those at right are for WLAN. With the device face up, that puts the cellular antennas nearest the e-ink display, WLAN on the opposite side. 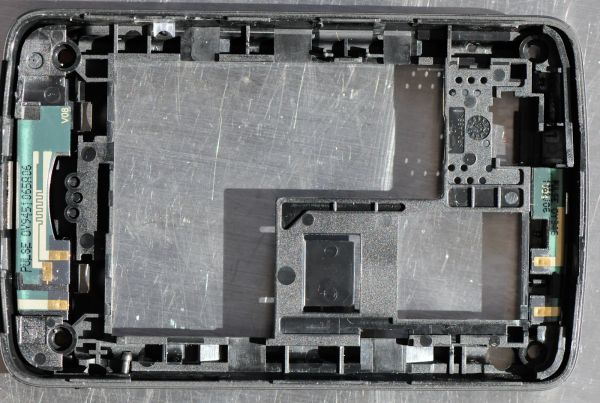 The 4510L supposedly does include GPS support internally, however there’s no way to get at it either from the device’s web portal or over serial when connected to USB. The Novatel 4510L datasheet does include note of GPS support, however, it’s just disabled per Verizon’s choice no doubt.