The 4510L is a fair amount chunkier than the 2200 in photos as well, though it retains roughly the same credit-card outline. To me, the old 2200 always felt a bit too light, if that’s possible. I’ve carried the 2200 around at a number of different conferences and always wound up constantly patting my pockets to make sure it was still there - the 4510L definitely remedies that problem, if you could call it one.

Industrial design is changed as well. The old Verizon MiFi was flat black and relatively spartan. I like many others opted for the then-unlimited Virgin Mobile version (before unlimited finally ended) which has a faux-aluminum textured plastic topside, and the same soft touch underside. 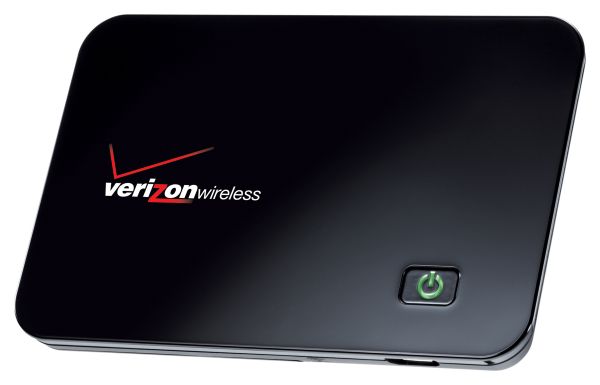 The original MiFi 2200 on Verizon

The new 4510L is considerably less understated than that old flat black model, including a chrome lip around the edge, chrome recessed power button, shiny plastic lid, and an e-ink top display. 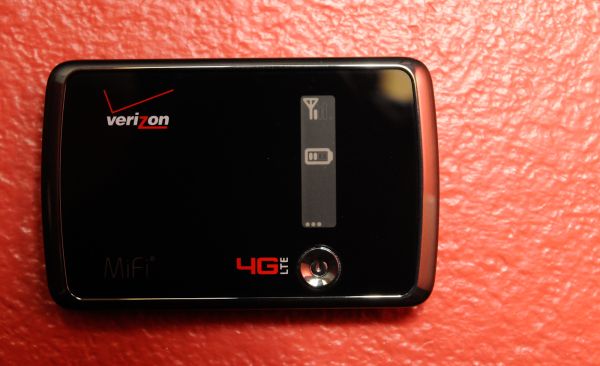 The e-ink display shows battery status with four gradations, signal strength with four, and the up to five connected clients using small circles at the bottom. There’s also a roaming triangle indicator, and I’m led to believe a target symbol for when GPS is active, though I’ve never seen those last two appear. There’s no network status indicator on the e-ink display (that is to let one differentiate between EVDO, 1xRTT, or LTE), for that, you need to use a good-ol’ LED. 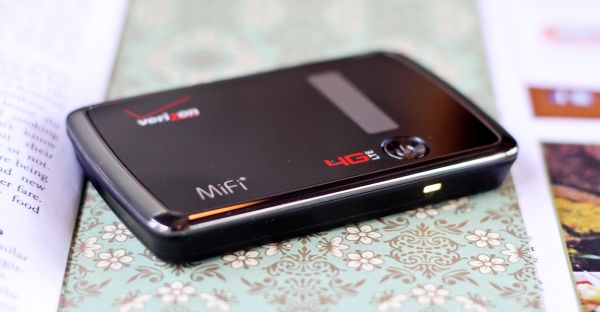 Approximately where the old 2200 placed its status LED is where the 4510 has its own. The status LED blinks when there’s network traffic (a constant rate, not proportional to traffic throughput), and is solid when idle. The actual connectivity state is communicated using color -  it’s purple when connected to 1x or EVDO, and green when connected to LTE. Unlike the old 2200 software, there’s no way to disable the LED, which can get pretty annoying when working in a dark lair, er... office.

It also just seems a bit confusing to have an LED at all, since on one hand you could make the argument that Novatel went with the e-ink display to cut down on power consumption. No doubt it does make a difference, but then we have a LED below it which blinks endlessly during normal use, and can’t be disabled. No doubt to make the e-ink displays affordable, Novatel had to use a display with segments that could be used across its product lineup. There simply isn’t space to have LTE, 1xRTT, EVDO, GPRS, EDGE, UMTS, HSPA (with and without +) indicators on the e-ink display without possibly using two character, fourteen-segment displays.

The other interesting challenge that having an e-ink display poses is that when you pull the battery, the display indicators persist indefinitely. Only a clean power off (achieved by holding the button down for five seconds until the LED turns solid yellow) clears the display entirely. I find that the power on and power off scheme on the 4510L is confusing and counter-intuitive. Turning the device on simply requires pressing the button one short time (even a quick tap does it), but turning it off takes a longpress. The LED color also flashes yellow happens when the 4510L is charging but not turned on. 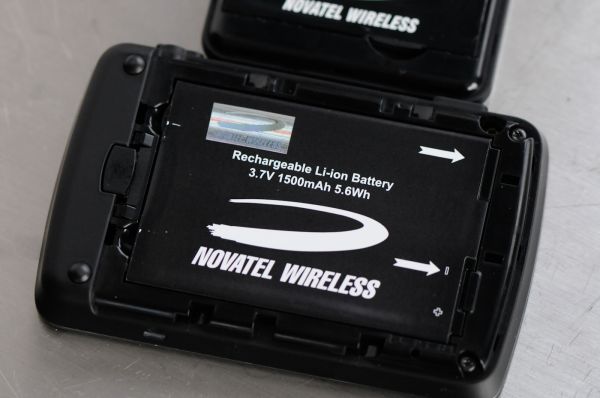 The underside of the 4510L is just like the old 2200 and coated in a soft touch black material. There’s a battery release button which lets the battery cover pop off and slide back. I’m surprised that Novatel is still putting the default SSID and password on the outside of the box. It seems pretty obvious that this should go on the inside cover, or better yet, below the battery, especially considering how many default configured portable hotspots of all kinds I see floating around, but I digress. 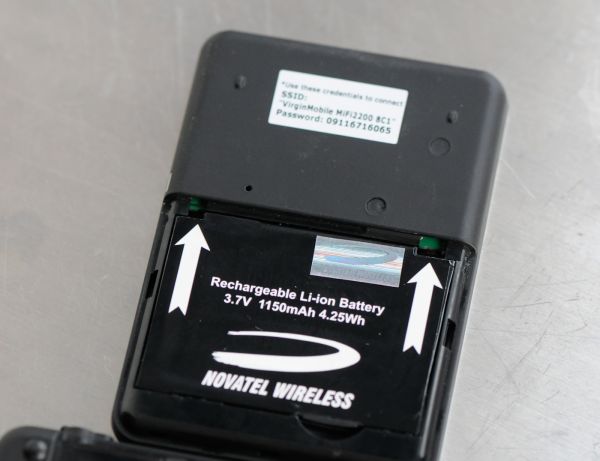 The 4510L carries a 5.6 Whr battery which is close in size to the SCH-LC11’s 5.55 Whr, and considerably larger than the old 2200’s 4.25 Whr. It’s a different size and shape, so there’s no reusing your old batteries, though there are several extended capacity third-party batteries already on the market for the 4510L. 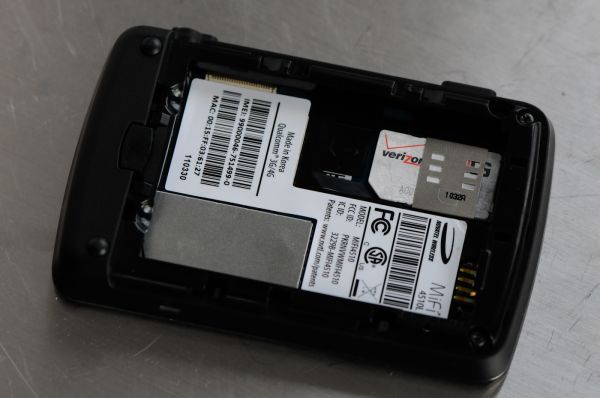 Underneath that battery is of course the SIM slot. Getting that SIM out requires pressing a plastic tab down, similar to what I’ve seen with other Novatel Wireless modems.

Inside the 4510L box is a seriously beefy 5.5 watt USB charger which isn’t quite pocketable due to its shape, but should provide ample power for quick charging. Something a bit more slimline or amenable to travel might be preferred, but a charger that cranks out 1.1 A is also good, even though charging time is an advertised 2.5 to 3 hours. Also in the bag is a USB cable with an interesting sticker which reads “The USB cable is only for software upgrades.” That pretty much sums up USB connectivity, which doesn’t include device-as-modem support. You can charge over USB (and ostensibly update firmware) but not much else. That pretty much sums up the 4510L’s hardware aesthetics.