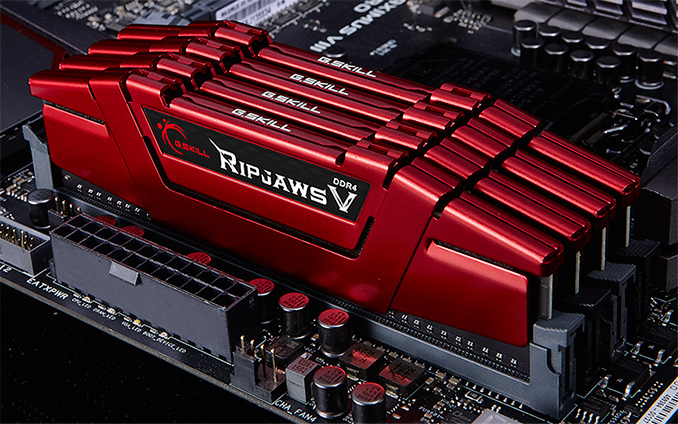 Back in the days, enthusiasts of high-end personal computers had to make a choice between capacity and performance of their memory sub-systems. This year G.Skill, Corsair and a number of other makers of advanced memory modules introduced 16GB unbuffered DDR4 DIMMs capable of working at high clock-rates and thus wedding performance and capacity. G.Skill recently announced the industry’s first 64GB DDR4 memory kits that can operate at DDR4-3200 speeds.

G.Skill’s new 16GB DDR4 memory modules are rated to function at 3200 MTs with CL14 14-14-35 or CL15 15-15-35 latency settings at 1.35V voltage, which is higher than industry-standard 1.2V. The modules are based on G.Skill’s printed circuit boards designed for high clock-rates as well as Samsung’s 8Gb memory chips made using 20nm fabrication technology. Such DRAM devices offer both high capacity as well as high frequencies. The new modules will be sold as 32GB and 64GB memory kits under Trident Z and Ripjaws V brands. Both product families come with efficient aluminum heat spreaders. 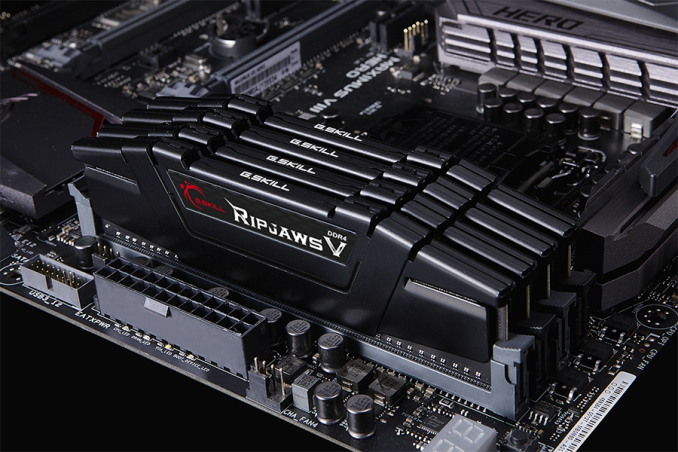 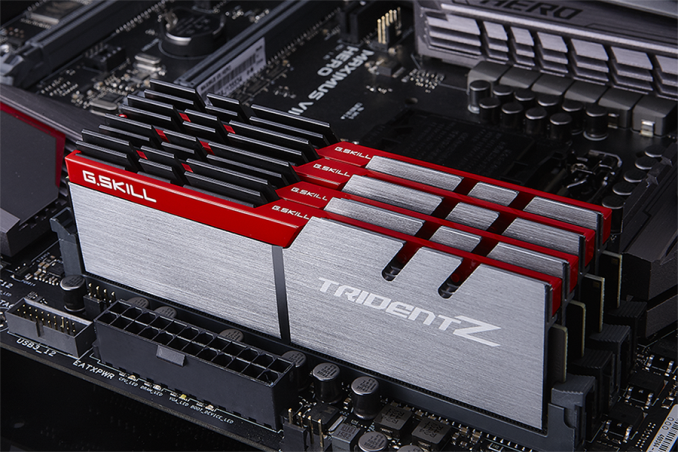 It is not an easy task to build high-capacity memory modules (e.g., 16GB, 32GB, etc.) capable of working at high frequencies. Server-class registered DIMMs use over 16 memory ICs (integrated circuits) or specially packaged memory chips along with buffers that enable flawless operation of such modules. RDIMMs work at default frequencies, but can barely be overclocked. Previous-generation 8Gb memory chips produced using thicker manufacturing technologies were moderate overclockers. Samsung’s 8Gb memory chips can operate at high clock-rates and are used to build high-capacity memory modules for PCs and servers.