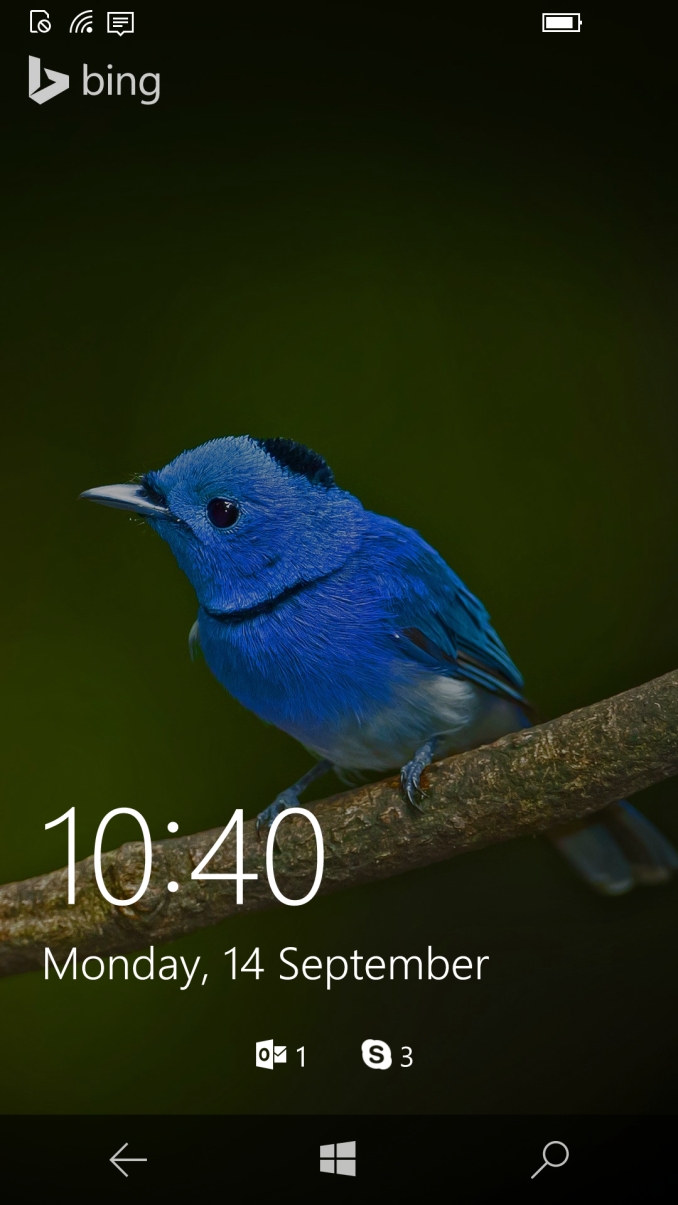 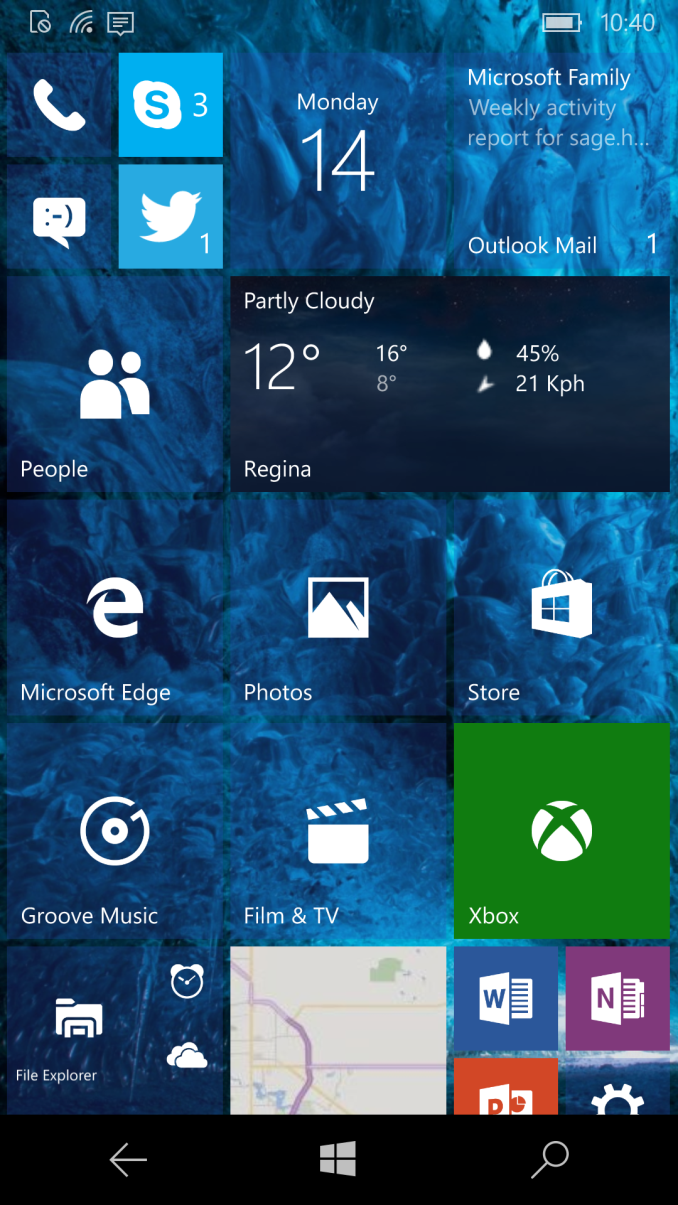 The builds are, much like when Windows 10 was getting ready to launch, mostly bug fixes, but the polish and smoothness known of Windows Phone is now slowly making its way to Windows 10 Mobile. It’s not quite there but it is getting close.

Today’s build brings some new features, fixes a couple of outstanding bugs, and brings some more bugs, as anyone on the Fast Ring should expect.  Features at this point are going to really take a back seat though in order for Microsoft to get the product shipped, but there are a couple of notable ones coming today. 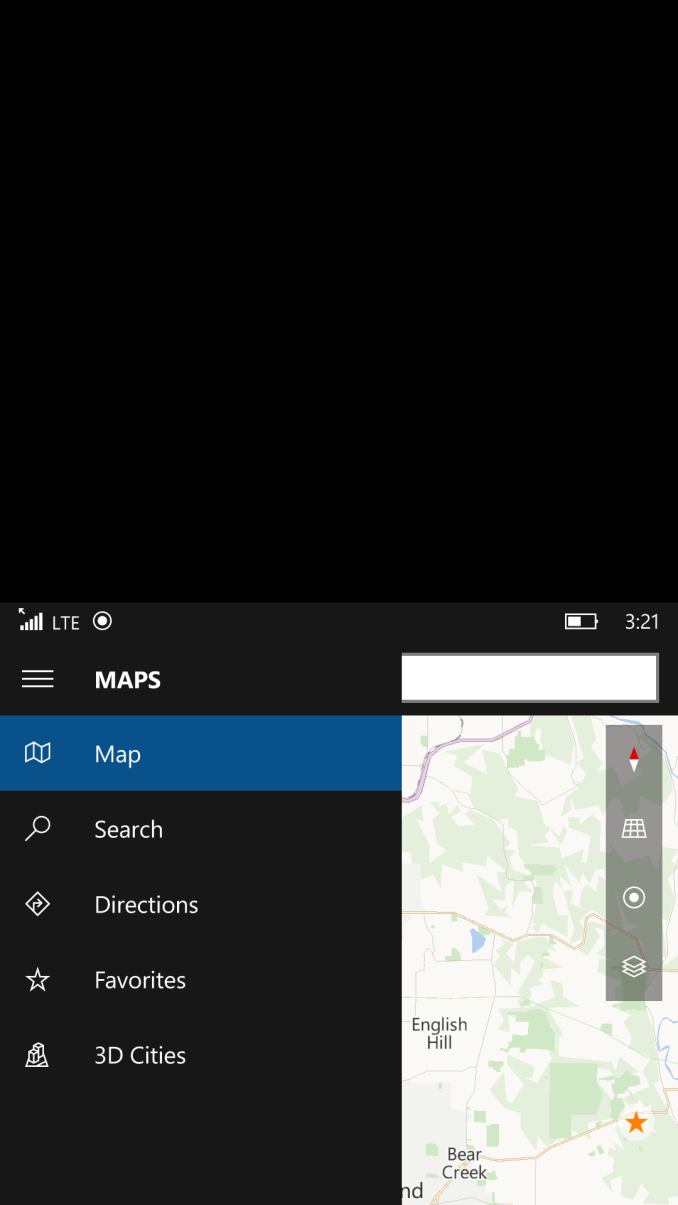 Windows 10 Mobile added a one-handed mode, which anyone that has seen or used the iPhone 6 Plus would recognize. By holding the start button, the top of the display moves down towards the bottom of the phone to make it easier to use with just one hand. Initially this was just on larger phones, but based on the feedback that Microsoft received through the Windows Insider program, the feature is now available on all phones. It’s a small change to make, but I think it shows how useful the Insider program has been to both users and Microsoft alike.

The Photos app also got an update, and specifically for the phone performance should be improved when zooming and panning. Since this is one of the many Universal Windows Apps that are powering Windows 10, these improvements will be coming to the PC as well in an update that should be out soon. Again, it’s a small change, but important at this stage of Windows 10 Mobile’s evolution. 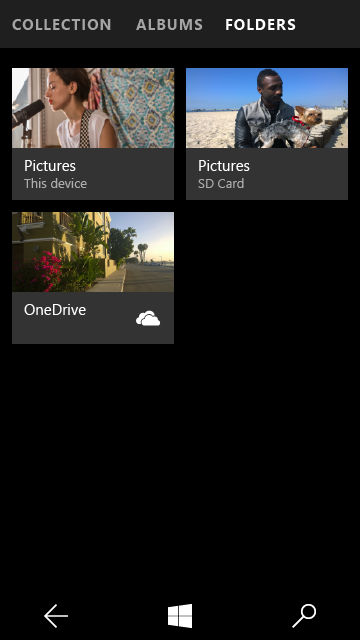 Quite a few bugs were fixed in this build as well. Mobile hotspots work again, as does two-factor authentication with a text message being the second factor. But being a Fast Ring build there are also some new bugs as well such as an erroneous option in the Settings app called zStorage which will cause Settings to crash.

Microsoft has also pointed out that people using the Lumia 1020 will be missing features in the built-in camera app not due to any deprecation in Windows 10 Mobile, but because the Lumia Camera app is required to take full advantage of this 41 MP camera, and it won’t be in the store until later this fall. The Windows 10 Mobile camera app will be gaining most of the features of the Lumia Camera app which is a good thing, but for those with the 1020 they will need to use the dedicated version of the software. I personally hope that a future Lumia phone features this same sensor and optics paired with a much better ISP, even though it would be a low volume device. Time will tell but considering the 1020 will still require the Lumia Camera app when all other Lumia phones will be able to use the built-in camera app, it doesn’t look good.

For those that want to check it out, sign up as a Windows Insider and give it a whirl. I’ve not recommended people run this on their everyday phone, since you generally need that to work, but with each successive build it has gotten closer to the point where a lot of people could run this on their phone they use every day.