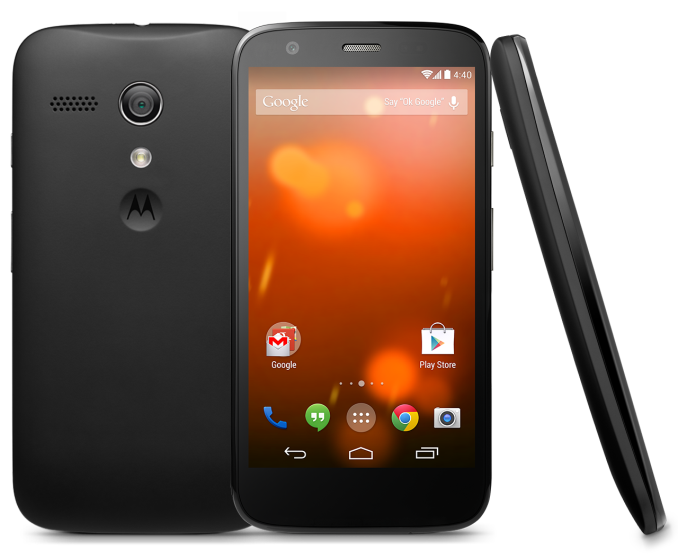 The Google Play edition Moto G like others eschews some software features in favor of an entirely Google-derived experience. Motorola arguably has the closest to stock implementation of Android right now, but if you want something even more of an expression of Google's vision, the Google Play edition Moto G probably makes sense. Pricing for the Moto G is what you'd expect –  $179 for the 8GB version and $199 for the 16GB version. There's only one hardware version, essentially the UK GSM version with quad band GSM/EDGE and quad band single carrier HSPA+ on 850, 900, 1900, 2100 MHz. The handset will work on AT&T in the US and T-Mobile in markets that have WCDMA running on 1900 MHz (essentially markets that have T-Mobile LTE).

Of course the tradeoff with Google Play edition devices is that although they run the OEM's kernel and have a stock build of Android on top, it eschews the software preloads and often many of the OEMs custom additional functions. Google has listed these nicely on a support page as usual:

One more thing to note is that the Moto G doesn't run the Google Experience launcher, that's still exclusive to the Nexus 5. We're looking forward to getting our hands on the Moto G GPe as soon as possible and taking a closer look at what's different versus the device we've already looked at.