We headed over to the Huawei booth to check out the Ascend D Quad and get some photos of the device and some physical impressions. The device includes Huawei's own HiSilicon K3V2 SoC which consists of a quad core Cortex A9 running at 1.2 GHz (4 cores), 1.5 GHz (1 core), and "16 core" graphics from an unknown IP vendor. The phone also packs a 720p 4.5" LCD display which looked awesome in person. 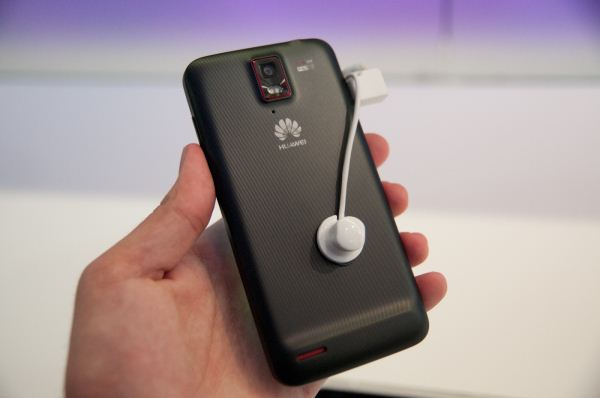 It's clear that Huawei has come a really long way in the build quality department, as the Ascend D Quad feels very good in the hand and like something at the high end of any other Android smartphone vendor. The styling is superficially close to Samsung's SGS2, and includes a bulge at the bottom with speakerphone and camera centered at the top. The backside has a repeating visual appearance but a smooth soft-touch surface. Huawei is definitely going for the high end market with a vengeance, and I found myself impressed with how far their designs have come since their first Android handsets.