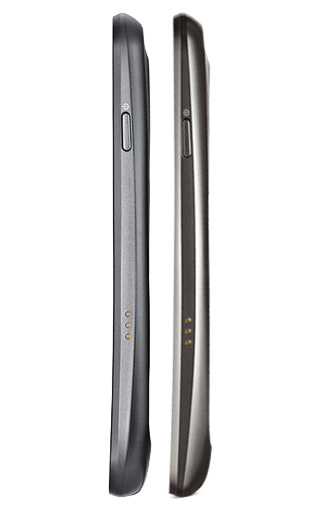 In addition to sporting a slightly different gunmetal grey color scheme, the Verizon Galaxy Nexus also is 0.53 mm thicker, weighs 15 grams more, and also includes a 100 mAh bigger battery. This shouldn't come as much of a surprise, considering the Nexus S and Nexus S 4G (with WiMAX on Sprint) also had a size and weight difference. The larger package no doubt accommodates the extra necessary 4G LTE antenna traces and baseband. This is also the first time we've seen a carrier-branded Nexus, previously all Nexus phones carried no carrier-related silkscreening of any kind.

I've gone ahead and made a gallery with the 4G LTE Galaxy Nexus images pulled from Verizon's website. In the meantime, shoppers in the US not willing to import a Galaxy Nexus of their own from abroad will have to sit tight for some future availability announcement.