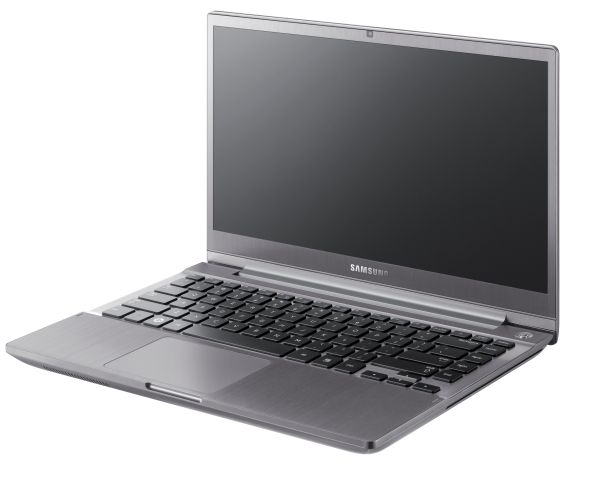 Samsung has today released four new laptops and they are branded as Series 7. Lets see the specs straight away:

All models are built from aluminum, which seems to be in right now (e.g. Dell XPS z15, ASUS UX21 and Macs). This isn't a bad thing at all and at least I prefer aluminum over the regular plastic case. Another interesting detail is the screen and bezel: The bezel is very thin. Unfortunately we don't know the dimensions so we can't make comparisons of the form factors, but Samsung is claiming that the 14" model is actually the same size as most 13.3" laptops due to the size of the bezel. The extra 0.7" should be handy with such high resolution (and hence high PPI). At least the 15.6" model has a numpad and matte screen too, which should both be good news. DVD drive is present in all models as well, but the specs and option for Blu-Ray are unknown.

When looking at the other specs, there are a few intriguing things. First, three of the four models come with an 8GB SSD. This is most likely soldered onto the motherboard, and Series 7 seems to be the first laptop with such configuration. The SSD works as a cache, similar to Intel Z68's Smart Response Technology (SRT). We don't know what Samsung is using to enable this but it doesn't seem to be SRT because it requires at least 18.6GB SSD. Samsung claims boot time of as low as 19 seconds and up to 60% gains in web browsing with Internet Explorer. Obviously, these numbers should be taken with grain of salt and as with all caching, the performance gains are only achieved when the data is in the cache (in this case in the SSD). The SSD isn't the only component that has been soldered because 4GB of the RAM is also on the motherboard, thus making it not upgradeable. There still appears to be one slot for regular SODIMM with either 2GB or 4GB pre-installed, so not all upgradeability has been taken away.

As for the other specs, there isn't anything out of the ordinary. What should be noted is the similarity of specs between Series 7 and Apple's 15" MacBook Pros. The CPU and GPU in the $1149 and $1299 models are exactly the same as in the $2199 MBP. When you take the aluminum body into account, it looks like Samsung is clearly targeting 15" MBP buyers with Series 7. Okay, you don't get Thunderbolt but you get USB 3.0 in exchange. You can also get almost two $1149 Series 7 Samsungs for the price of one similar 15" MBP. The 14" Series 7 should also be attracting to 13" MBP buyers, especially for those who are after higher resolution screen and better graphics performance.

All in all, Samsung's Series 7 should offer a great bang for buck. It even beats Dell's XPS 15z easily (you get quad core CPU and SSD cache for the same $). The SSD cache sounds promising and should definitely bring some healthy performance improvements without costing a ton. Right now, SSDs are still too expensive for mainstream (at least as sole storage) so a hybrid solution is the only affordable way to get rid of the hard drive bottleneck. It's surprising that we haven't seen setups like this before in other than desktops, but hopefully other companies will follow Samsung.