I stopped by Intel's booth at Computex to grab a few shots of the small but potent Thin Mini-ITX ecosystem. If you read our coverage yesterday you'll remember that Thin Mini-ITX is just a low profile Mini-ITX standard designed for affordable (or potentially DIY) all-in-one PCs.

Intel had a number of Sandy Bridge motherboards on display that conform to the Thin Mini-ITX standard. Most of the boards use Intel's H61 chipset: 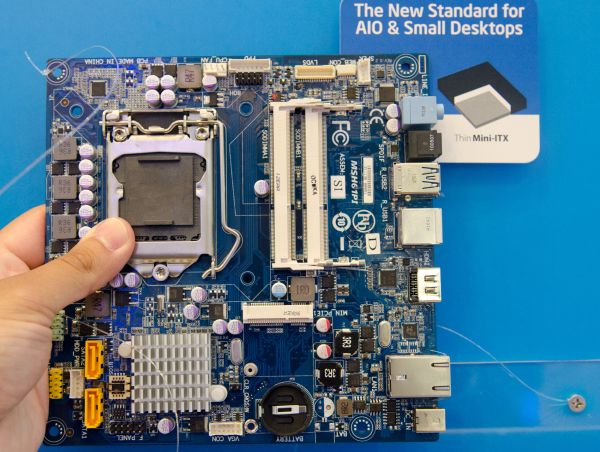 The cooling system is also standardized. Below is an example of the cooling solution Intel will be selling in Q4 of this year: 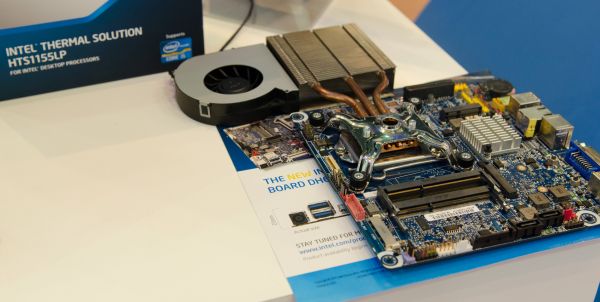 Intel also had a number of all-in-one cases available. While most weren't all that elegant looking, this model from Loop looked very Apple-like: 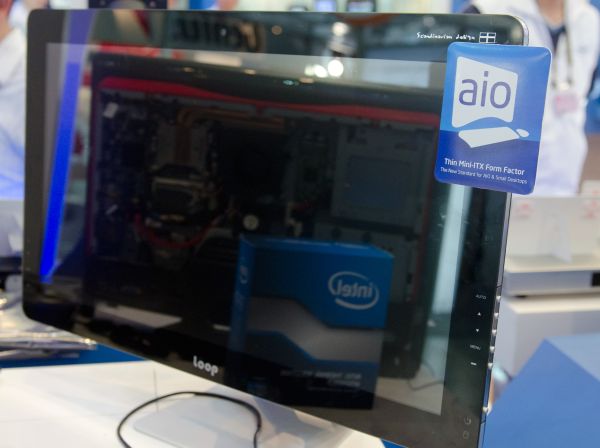 There were a number of DC power adapters on display, ranging from 150W to 180W. The power connector is also a standard.
Going forward as the majority of desktops move to even lower TDPs, these DIY all-in-one systems may end up becoming more popular. One major issue I see right away is the lack of support for discrete graphics. Go far enough into the future and perhaps that won't be so important, but today it's not fun driving a high resolution panel off of SNB integrated graphics. I do hope that as Intel pushes for this standard it doesn't forget that discrete GPUs are still quite necessary for many users in 2011. Maybe we'll eventually get that upgradable 27-inch iMac that I was asking for recently.
Tweet
PRINT THIS ARTICLE
Comments Locked