There's a new PCIe SSD in town: the RevoDrive 3. Armed with two SF-2281 controllers and anywhere from 128 - 256GB of NAND (120/240GB capacities), the RevoDrive 3 is similar to its predecessors in that the two controllers are RAIDed on card. Here's where things start to change though.

In the past OCZ used a PCI-X RAID controller to keep costs down, but that's now gone. OCZ won't disclose the name of the controller vendor but a quick look at the card shows that it's native PCIe. The RevoDrive 3 itself is a PCIe 2.0 x4 card, however OCZ wouldn't confirm whether or not the controller was running at 2.0 or 1.0 speeds - just that the interface wasn't a bottleneck. 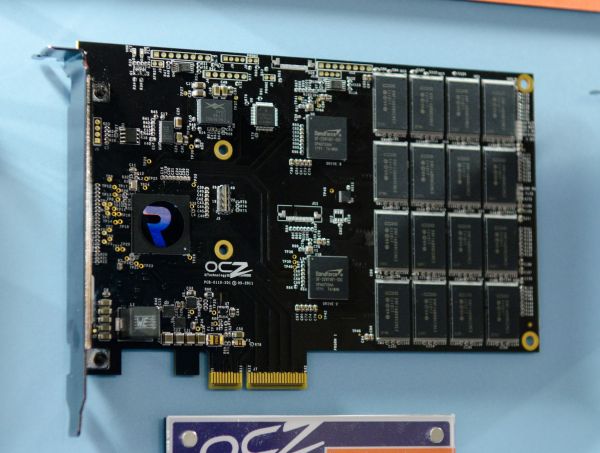 The other big improvement is that OCZ made some modifications to both the SandForce and on-board RAID controller firmware to allow everything from SMART data to TRIM to be passed through to the system host. In the past RevoDrive users were stuck with a PCIe card that couldn't be TRIMed, but with the 3 you get full TRIM support. Formatting the drive under Windows 7 or deleting files off of will result in those LBAs being TRIMed by the SF controllers.
OCZ is promising up to 900MB/s reads and 700MB/s writes (highly compressible of course). Random writes are spec'd at up to 120,000 for 4KB transfers. OCZ expects the 240GB capacity to sell for $599.
In addition to the standard RevoDrive there's an X2 version with twice the controllers: 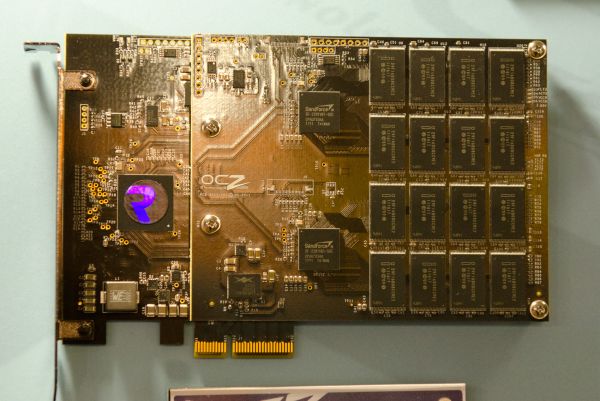 With four controllers the RevoDrive 3 X2 is good for up to 1.5GB/s reads and 1.2GB/s writes. OCZ is quoting up to 200,000 4KB random write IOPS. Again all of these figures are using highly compressible data. Just like the base RevoDrive 3, TRIM/SMART reporting are now supported on the x2.
Capacities start at 240GB ($699) and go all the way up to 960GB.
Gallery: Computex 2011: OCZ's RevoDrive 3 & RevoDrive 3 X2, Now With TRIM
Tweet
PRINT THIS ARTICLE
Comments Locked