Back in February, we revealed that HP was set to acquire the HyperX brand, the gaming subsidiary of Kingston Technology. HyperX has been the gaming branding for Kingston Technology over the years, with memory, flash, SSDs and peripherals all marketed under the HyperX banner. Like many companies with its own gaming-focused brand, Kingston has kept the brand as a disaggregated entity in strategy and marketing. Today, the acquisition by HP of the HyperX brand has been completed for a fee of $425 million, with the acquisition accretive on a non-GAAP for the first full year of ownership.

HyperX has been synonymous with the gaming industry for years, from its popular and well-priced Cloud series of gaming headsets to its SSD storage drives and all the way to its sponsorship of some of the biggest personalities in gaming. This includes popular streamers such as Pokimane, Dendi, and some of the most notable teams in professional eSports, such as Cloud 9, Reign, and Panda. Current sponsorships will remain with the HyperX brand, and transfer over as part of the acquisition. 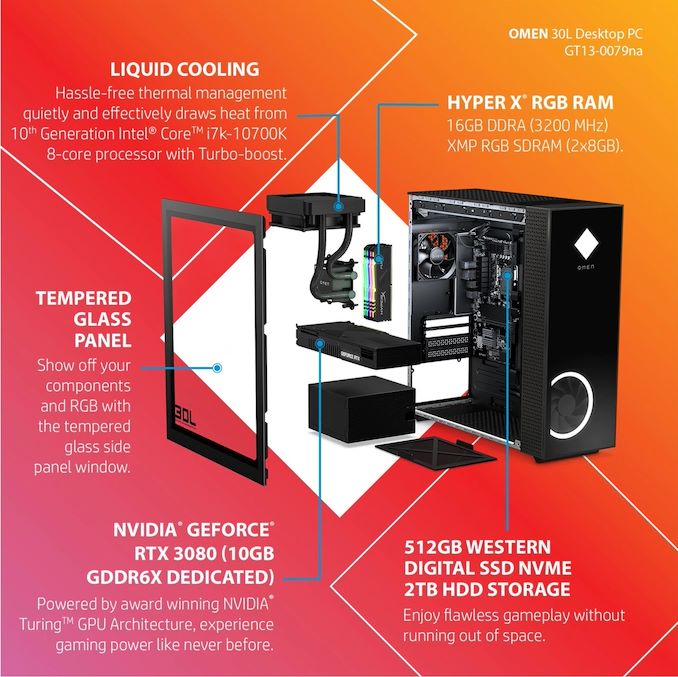 HP and Kingston/HyperX jointly announced the acquisition back in February 2022. HP quoted that the PC hardware industry is set to be worth around $70 billion by 2023, and the global peripherals market to grow to $12.4 billion in 2024. HP currently retails and markets its OMEN series of gaming desktops and laptops. The HyperX brand could potentially be a big part of that in the future, with a view to a larger gaming ecosystem. Tapping into both elements of the gaming and PC hardware market seems a highly desirable choice by HP. It could be one of the key reasons for the acquisition and bolster its visibility and presence as a gaming-focused brand.

One of the most notable aspects of the buyout is that Kingston is retaining the DRAM, Flash, and SSD products. Kingston may intend to focus on the memory and storage markets, although it's also plausible to rebrand its current DRAM memory and storage lines. All this remains to be seen, but the acquisition does see the transference of all the other HyperX elements such as peripherals, audio, power supplies, console accessories, and apparel to HP.

How HP intends to market and amalgamate HyperX into its business and existing product ranges remains to be seen. Still, these are questions that HP should answer in time with any brand reorganization likely to be addressed relatively quickly.