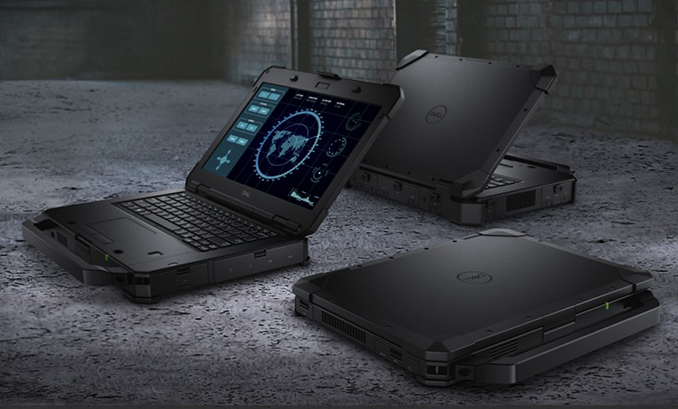 Dell today introduced its new generation of ruggedized Latitude laptops designed to operate in rough locations. The new family consists of three base models that offer different levels of protection against extreme handling and environments. The new Latitude Rugged systems are rquipped with modern CPUs and discrete GPUs, advanced security technologies, dozens of optional communication capabilities, and are compatible with Dell’s strengthened peripherals as well as various special-purpose equipment.

The flagship Latitude 7424 Rugged Extreme offers the best possible protection against extreme handling and environments along with a variety of options when it comes to storage (e.g., it has up to three SSDs running in various modes, and an ODD; see the table below for details), but at the cost of portability and a rather extreme MSRP.

A little bit below sits the Latitude 5424 Rugged that has the same expandability options, but comes in somewhat less reinforced chassis and therefore is considerably cheaper and portable. In addition, Dell introduced the Latitude 5420 Rugged, a simplified version of the 5424, that loses second and third SSD options, does not have an optical disk drive, but has the same level of protection. The Latitude 5420 is the thinnest and the lightest laptop in this family - it comes with a lower price tag as well.

When it comes to performance and general capabilities, all the laptops offer the same set of features. All three models are similarly end-to-end secure and manageable, their key differences are in levels of protection against extreme handling or environments. All of them can survive a drop or two and operate under thermal extremes, yet the Rugged Extreme model is more fit for such things than the remaining two. All the new units are also compatible with existing infrastructure supporting Latitude Rugged machines, so industrial, military, and other customers can buy the new laptops knowing that they can easily replace their predecessors and will not require any additional hardware-related investments. 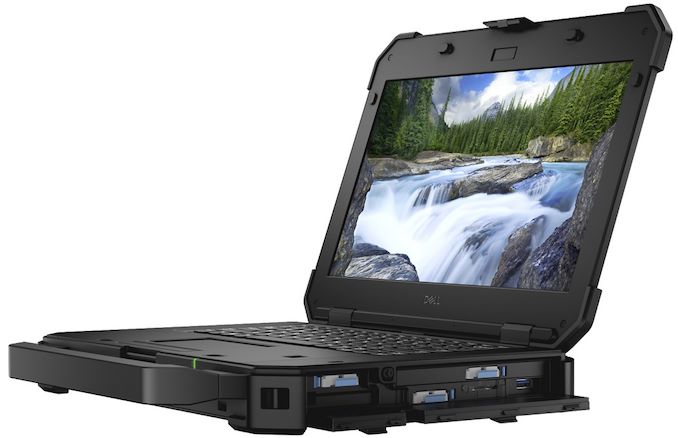 The new Latitude Rugged notebooks come with a 14-inch Full-HD multi-touch display that is equipped with a polarizer that enhances its readability outdoors, and is protected with a Gorilla Glass. The LCD used by Dell is one-of-a-kind since this is the industry’s first laptop monitor featuring up to 1000 nits brightness. 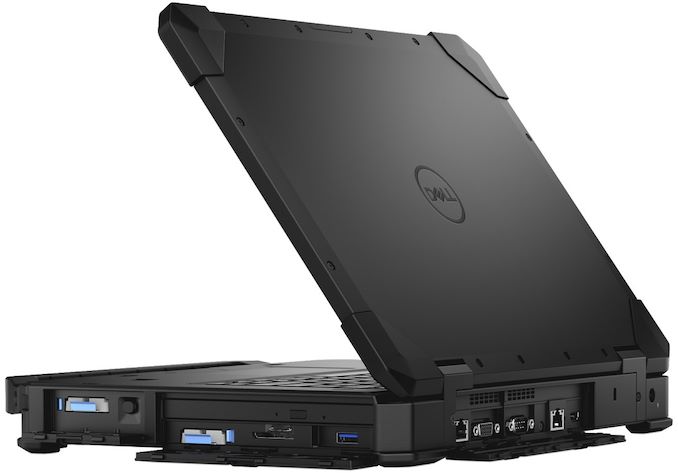 Moving on to internals of the systems. The new Dell Latitude Rugged machines can be outfitted with quad-core or dual-core Intel Core i3/i5/i7 processors (Skylake or Kaby Lake) that are accompanied by up to 32 GB of DDR4-2400 memory, and up to three Class 20 or Class 40 SSDs that can store up to 3 TB of data (7424 and 5424 models only). The higher-end SKUs even offer an optical drive, but the lightest one naturally does not have it for the sake of portability. For users demanding a higher performing GPU, Dell also offers optional Radeon 540/RX540 discrete graphics. Meanwhile, in a bid to keep the CPU, up to three SSDs, and a discrete graphics chipcool, Dell installed a new active cooling solution into its new laptops for extreme environments.

Since we are dealing with laptops designed to work everywhere, their communication capabilities are vast. Besides usual 802.11ac Wi-Fi and GbE, the new Dell Latitude Rugged are outfitted with an optional Qualcomm X20 4G/LTE modem (Cat 16), and a GPS card. As for general connectivity, the new units feature USB Type-A and Type-C ports, one or two RS-232 headers, an SD card reader, various display outputs (HDMI by default, DP and D-Sub are optional), and so on. Customers may also equip their Latitude Rugged systems with PCMCIA, ExpressCard, or Smart Card readers. 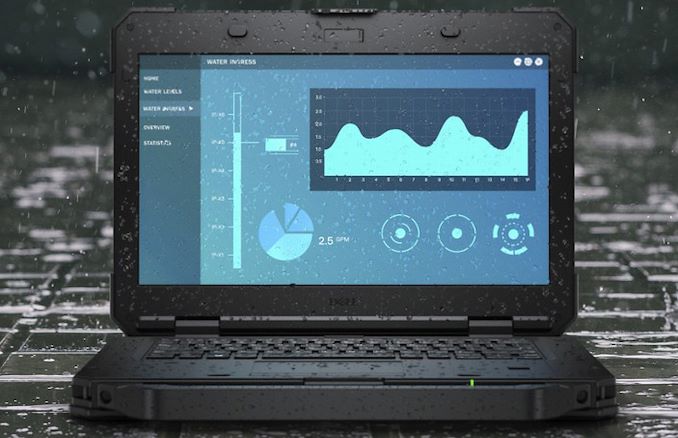 Moving on to battery life. All three new Dell Latitude Rugged systems feature up to two hot-swappable 51 Wh batteries (Ed: So you can only carry one spare on an aircraft? Why not 49Wh for two?). When both are installed, the laptops can operate for up to 14 hours depending on their exact configuration. Keep in mind that a 1000-nits display is very power hungry, so do not expect the notebooks to last for long when working outdoors with LCD brightness cranked up. 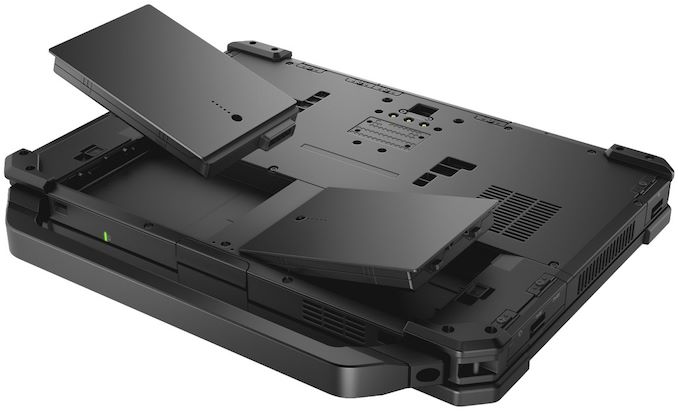