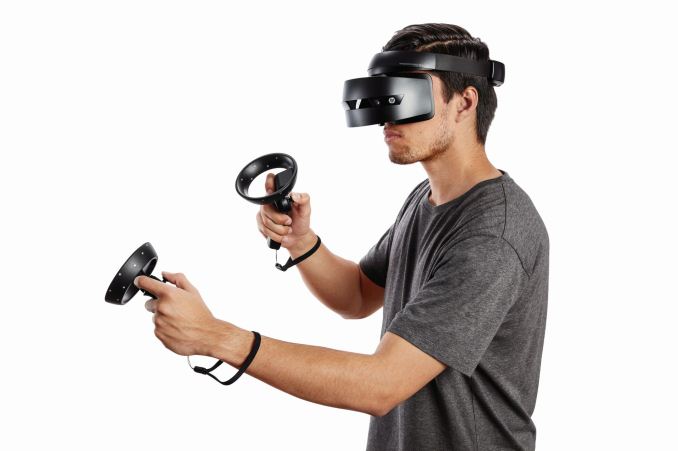 HP has added a second Windows Mixed Reality headset to its lineup, this one being dubbed the 'Professional Edition'. This headset, according to HP, is geared more towards a professional environment, and is said to be designed for longer sessions where users may need to jump out of the virtual world to tweak the environment or parameters and then jump back in. 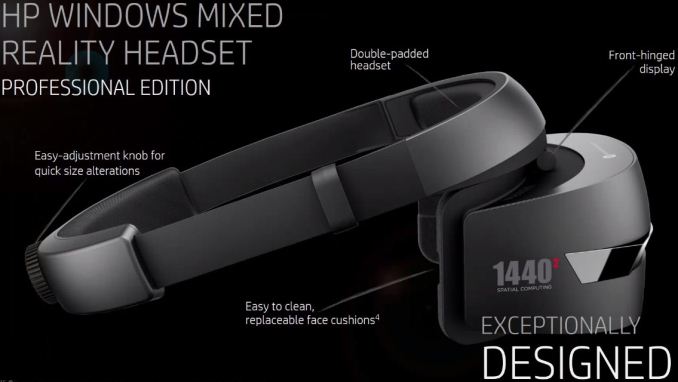 Removing the headset can be a bit of a cumbersome task especially when it is done frequently. In order to mitigate this common issue, the Professional Edition uses a double padded headset for comfort, as well as keeping a front hinged display feature. Flipping the headset up will allow users to easily go back and forth between reality and VR. Specific to the Professional Edition are the cushions, which are easier to clean and replaceable, helping out with hygiene when multiple people use the same device. 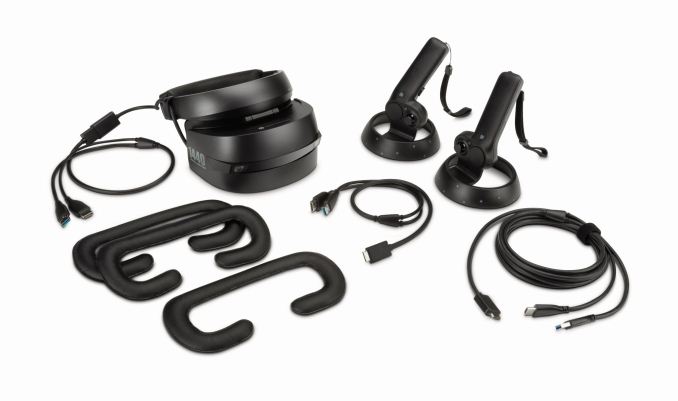 Outside of the of the changes above, specifications wise the Professional Edition is no different than the non-PE edition. It uses dual 2.89-inch LCD screens at 1440x1440 resolution each (per eye), along with a 90Hz refresh rate. It also offers Windows Mixed Reality Ultra, with a 100° Field of View (from 90°), that allows for immersion within the environment. With the motion controllers, there are six degrees of freedom (6DoF) with no tracking boundaries for freedom of movement. The VR headset also includes integrated motion tracking which allows participants to jump right into Mixed Reality without setting up additional peripherals.

The HP Windows Mixed Reality Headset (Professional Edition) will be available in March for $449.

HP has also partnered with Epic in order to streamline VR development and accelerate design, particularly in product design and architecture. The goal of the downloadable launch kit is to provide an end to end solution to configure appropriate systems, as well as seamlessly receive 3D content out of CAD and into a VR experience both faster and with fewer issues. HP mentioned the VR Launch kit was designed to relieve two major pressure points: to streamline the process for seasoned VR users, and a simpler and faster way to get VR into the design visualization process for newcomers. 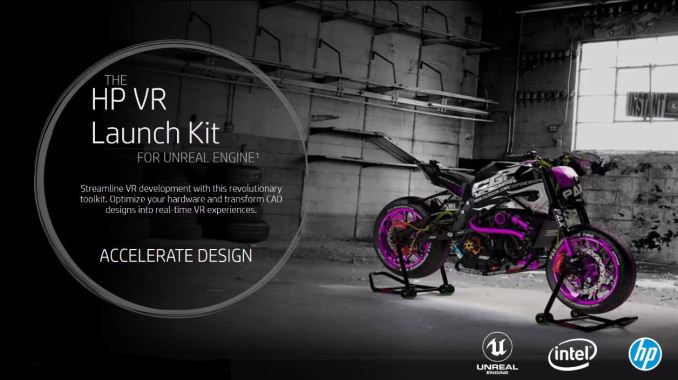 The Launch Kit will assess the hardware it is launched on, and give a VR performance profile so customers know what to expect out of their VR experience. This enables companies to determine the right computer configurations for VR deployment. It also includes a couple of templates to speed up workflows and real-time performance, including exploded view and cross-sectioning of models for quicker development. HP also includes two sample datasets: a motorcycle and an unbuilt Frank Lloyd Wright Trinity chapel.

The Launch Kit will also include Datasmith, previously announced by Unreal. Datasmith is a workflow toolkit for the Unreal Engine, developed to help designers and artists to simplify the process of importing data into the Unreal Engine. For example, taking a file from Autodesk 3ds Max and moving it into a virtual world and working it there. In essence, a CAD file is dumped into Datasmith and is converted into the Unreal Engine and worked on in a VR environment. Initially, there is support for over 20 software products including Maya, Cinema 4D, Moto Auto/Archi CAD, Solidworks, and others.

The HP VR Launch Kit will be available for download in Spring of 2018.

HP Launching 'Device as a Service' (DaaS) for VR

Many small or startup businesses simply do not have the capital for the latest and greatest hardware, but want to develop in VR. HP has developed its new 'Device as a Service (DaaS)' package that will defer that cost by providing the hardware, services, and support, all with a monthly payment instead of the large one time purchase. HP had DaaS is out already but today HP has added all of HP's commercial VR equipment, including the HP ZR backpack, to their DaaS services. The idea is that this can reduce the complex nature of purchasing as well as improve cost predictability by providing end-to-end lifecycle services, hardware support, and analytics designed to simply managing IT assets.

Pricing will vary dramatically depending on the device(s) as well as support plan chosen.