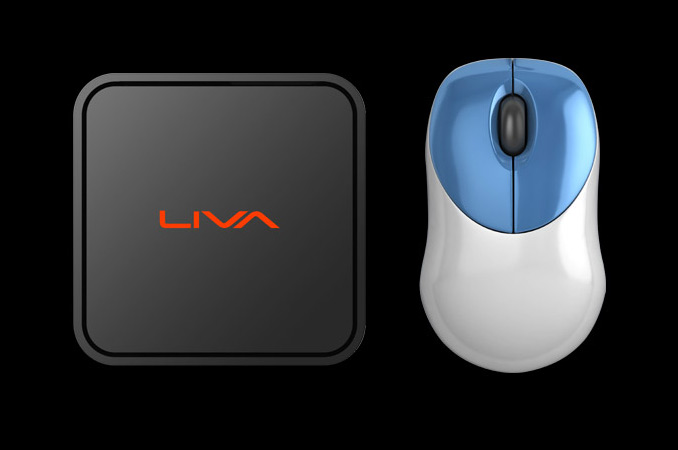 ECS has expanded its family of ultra-compact LIVA-branded PCs for consumers with a new model called the LIVA Q, which is smaller than some mice. The new system is an upgraded and rebranded version of the company’s PB01CF launched earlier this year. Both nettops are based on Intel’s Apollo Lake platform, but have different positioning: the PB01CF is aimed at digital signage and similar applications, whereas the LIVA Q is meant for consumers and SOHO.

The ECS LIVA Q is based on either quad-core Pentium N4200 or dual-core Celeron N3350 and therefore its more advanced version offers higher general purpose and graphics performance than the PB01CF. The new system also offers up to 4 GB of LPDDR4 memory and up to 64 GB of eMMC storage, neither of the options are available on the product released earlier this year. As for connectivity, the LIVA Q has an 802.11ac Wi-Fi + Bluetooth 4.1 wireless module (the PB01CF seems to have BT disabled), a GbE connector, two USB Type-A ports, a microSD card reader, as well as an HDMI 2.0 display output (implemented using a bridge chip) capable of 4Kp60 (vs. HDMI 1.4 on the PB01CF) and supporting the HDMI-CEC function for remotes. The LIVA Q system does not have any analog connectors for audio or video, which may be considered as a limitation by some consumers. 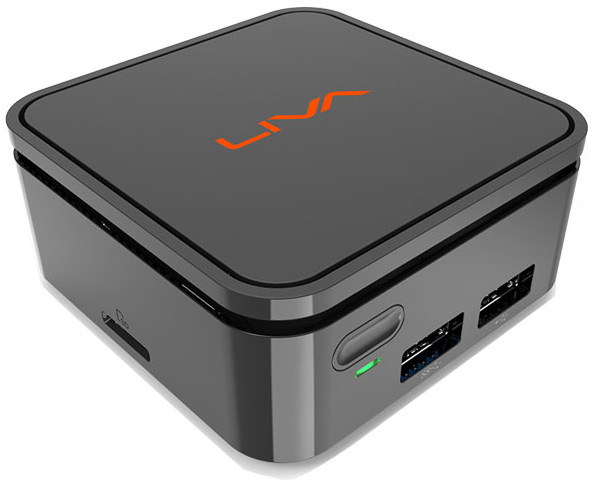 The ECS PB01CF is one of the smallest contemporary desktop computers these days and given the ongoing trend towards miniaturization of desktops, it was very plausible for the manufacturer to bring its 0.15-liter nettop that measures 7×7×3.1 cm to the consumer space. Since the original unit was architected rather precisely for digital signage and very basic computing, ECS introduced some performance and connectivity upgrades to the consumer model. The enhancements clearly make the LIVA Q more consumer-friendly than the PB01CF is, but the system is still somewhat behind the LIVA Z in terms of features and performance, so there will be no competition in the LIVA lineup.

ECS has not touched upon ETA and MSRP for the LIVA Q. Given that the nettop can feature various configurations, its price will vary as well. Just in case you are curious, the bigger Apollo Lake-based LIVA Z costs from $170 to $250 in the U.S.