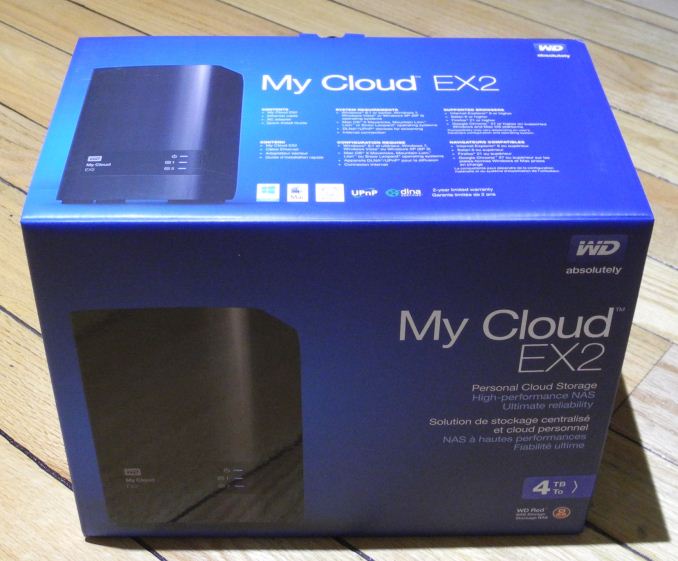 The market for 2-bay and 4-bay NAS units has been growing at a much faster rate compared to other configurations. This trend is only expected to accelerate over the next few years. As the 'cloud' becomes a more common buzz-word, the time is ripe to educate the average consumer about the benefits of purchasing a NAS system. Western Digital is aiming to tap into this opportunity with the My Cloud product line. Having already introduced 1-bay and 4-bay variants, they are launching their 2-bay product, the EX2 today.

Western Digital has had a lot of experience supplying SMB NAS units with more than 2-bays, but those have been based on Microsoft's Windows Storage Server. On the consumer side, their attempts with a custom Debian-based embedded Linux NAS system were very functional and cost effective. We reviewed the WD My Cloud EX4 recently. Despite the feature-rich firmware, the design of the hardware platform (choice of SoC and I/O ports) brought down the performance. For the EX2, Western Digital has retained the same firmware / UI, but moved to a different hardware platform.

The specifications of the Western Digital My Cloud EX2 are given below:

The EX2 runs a Linux kernel (v3.2.40). Other interesting aspects of the platform can be gathered after gaining SSH access into the unit. 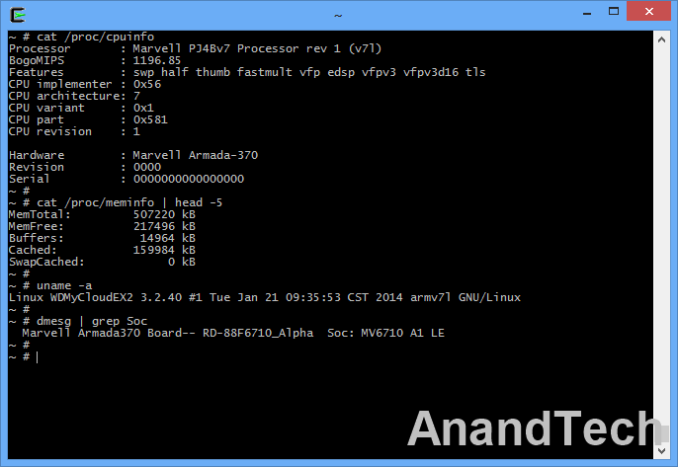 In the rest of the review, we will cover the hardware aspects of the EX2 and provide some setup and usage impressions. This is followed by benchmarks in single and multi-client modes. For single client scenarios, we have both Windows and Linux benchmarks with CIFS and NFS shares. We will also have some performance numbers with encryption enabled. In the final section, power consumption numbers as well as RAID rebuild times will be covered along with some closing notes.

Our NAS reviews use either SSDs or hard drives depending on the unit under test. While rackmounts and units equipped with 10GbE capabilities use SSDs, the others use hard drives. The My Cloud EX2 was evaluated using two WD Re (WD4000FYYZ) drives to keep comparisons consistent across different NAS units. Evaluation of NAS performance under both single and multiple client scenarios was done using the SMB / SOHO NAS testbed we described earlier.