OCZ isn't the only company experimenting with SF-2281 drives and 32nm NAND. Patriot sent me the Wildfire, its first SF-2281 SSD. After a quick run through some performance tests I grew suspicious as it performed a lot like the Vertex 3 MAX IOPS I just tested. Cracking open the case I found the reason: 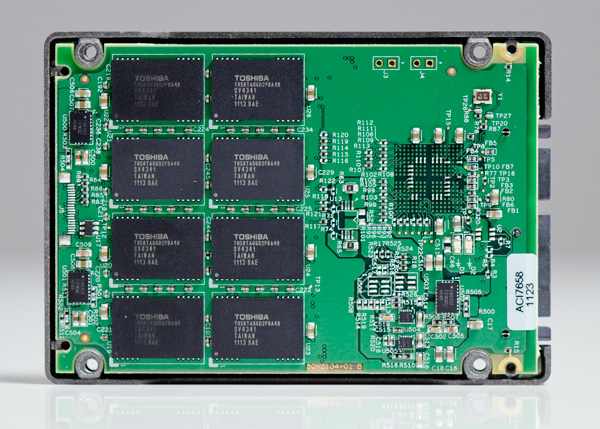 The Wildfire also uses 32nm Toshiba NAND. The 120GB drive Patriot sent has a 16 chip, 2 die per package configuration - compared to 8 chips with 4 die per package in the Vertex 3 MI. I don't see an advantage for one approach vs. the other. Patriot is targeting a $299 MSRP for the Wildfire, which would put it lower than the Vertex 3 MAX IOPS - although anything is possible once the drive goes on sale on the 28th of this month. 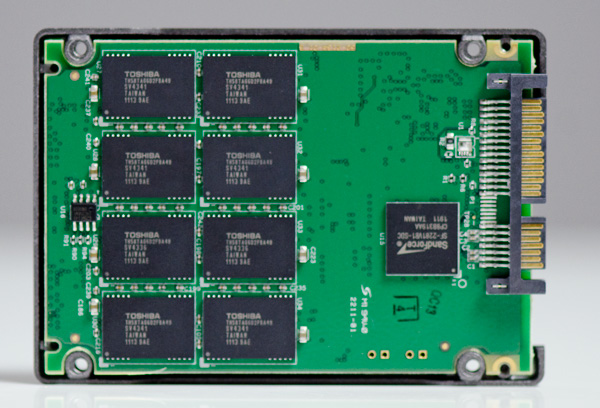 Patriot confirmed that the Wildfire would only use 32nm Toshiba NAND and that any NAND vendor changes would take place in other lines or subsets of the Wildfire brand. 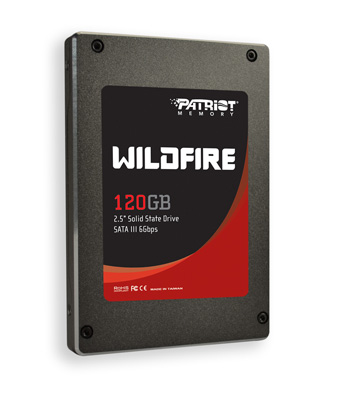 Patriot uses a different PCB layout from OCZ. I don't know that there's an advantage to either layout, they are just different.

The unit I have here shipped with SF firmware revision 3.19, which is equivalent to OCZ's revision 2.08 firmware as far as I know. No word on when we'll see a 2.09 equivalent.