Lenovo is taking the opportunity to use CES as the launching point for its refreshed ThinkPad lineup, and pretty much the entire product portfolio is getting some sort of refresh at this time. The ThinkPad T series has some new models, as does the L series, but lets start with the ultra-mobile products first, the X1 Carbon and X260.

The ThinkPad X1 Carbon is the ultra-portable ThinkPad from Lenovo. It’s been refreshed several times since it was first launched, and with the recent release of Intel’s Skylake processors I suppose it is not a big surprise that Lenovo has updated it again. The 14-inch notebook is the thinnest ThinkPad that Lenovo sells, and for 2016 they have made it even thinner and lighter, with it now weighing in at just 2.6 lbs and 0.65-inches thick. It can be had with up to Core i7 Skylake with vPro, as well as up to 16 GB of memory. Storage is now up to 1 TB of PCIe NVMe, which is a theme from Lenovo’s refresh. They have gone pretty much all-in on PCIe storage which is great to see. 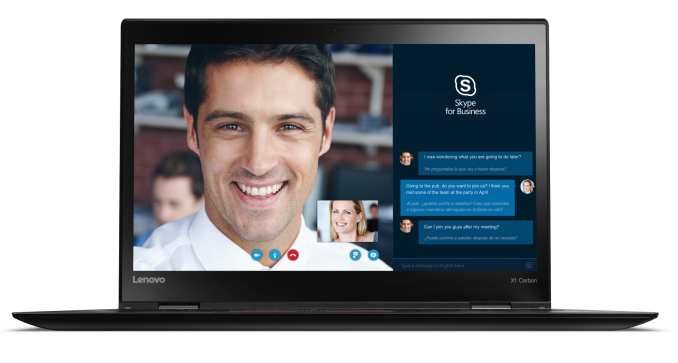 The X1 Carbon can be had with either the 2560x1440 or 1920x1080 IPS 14-inch panel, and optionally you can get it with LTE-A connectivity. For docking, you can use the OneLink+ port, or utilize the optional WiGig docking which uses 60 GHz for a low range, high bandwidth link. There are 3 USB 3.0 ports, mDP, HDMI, microSD, and despite the thinner and lighter profile, the battery capacity has been bumped slightly to 52 Wh, up from 50 Wh in the outgoing model. The new X1 Carbon will be shipping in February for $1299.

If you need an even smaller notebook, Lenovo is now offering the X260. This is the 12.5-inch model, and it is 2.9 lbs and 0.79-inches thick. The claim to fame of the X260 though is the extended battery life, and thanks to the PowerBridge battery options, the X260 is rated for up to 21 hours of battery life on MobileMark 2012. 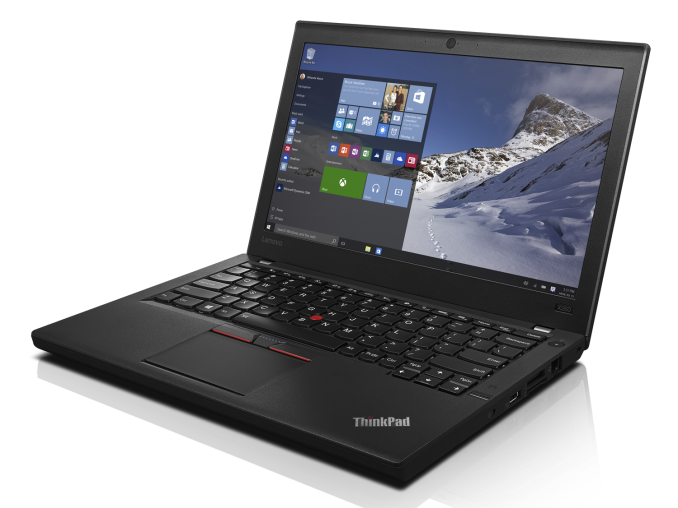 The X260 can be had with up to Core i7 Skylake-U, 16 GB of DDR4, and 512 GB of SATA or PCIe storage. WiGIg is optional, as is cellular connectivity. There are 3 USB 3.0 ports, mDP, HDMI, SD card reader, and even a full sized RJ-45 port. This is a refresh of an already well established product, and there are no surprises here. The new X260 ships in February for $929.

Moving on to the T series, the T460s is a refresh of the T450s that I reviewed in 2015. It of course moves to Skylake, with up to Core i7 with vPro, and you can now get it with 24 GB of DDR4 memory. Storage moves to PCIe based with up to 512 GB available, and you can outfit it with LTE-A. The 14-inch display is offered with 2560x1440 resolution, and driving that display is the Intel HD 520 standard, or you can get it with the NVIDIA GeForce GT 930M GPU.

The T460s offers plenty of connectivity, with 3 USB 3.0 ports, HDMI, mDP, and RJ-45. You can optionally outfit it with a Smart Card reader, touch fingerprint, and WiGig for docking. It also features a traditional docking connector on the bottom. The new model is also thinner and lighter than the outgoing T450s, with the T460s slimmed down to 0.74-inches and comes in at just 3 lbs. It will be available in February for $1059. 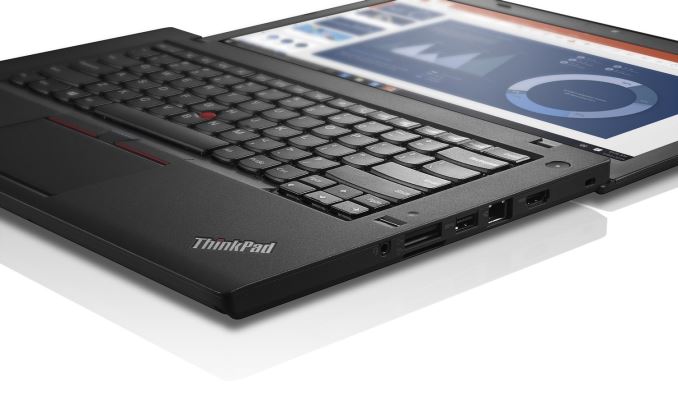 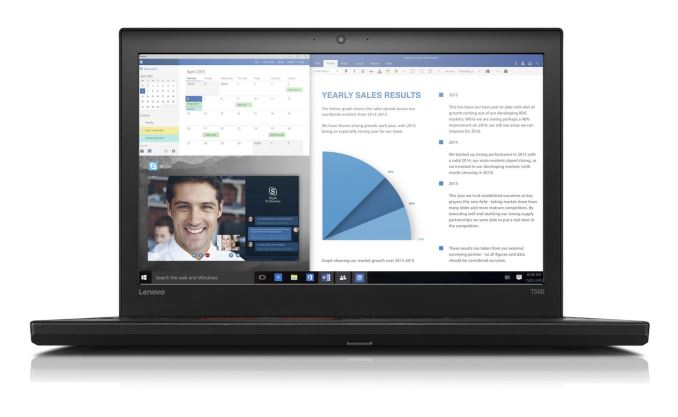 If you need more performance, the T460p is a 14-inch notebook which offers a step up in CPU power with the Intel Core H Series. This is the quad-core 45-Watt models, and with the extra cores and TDP they can offer up quite a bit more oomph compared to the 15-Watt U series. It can be purchased with up to 32 GB of DDR4 using 2 DIMMS, and the display is a 2560x1440 IPS model. Battery life is estimated at 12 hours with the 72 Wh battery. The T460p features Intel’s Snowfield Peak vPro with 8260NGW M as an option. The T460p ships in February for $1249 as the starting price. 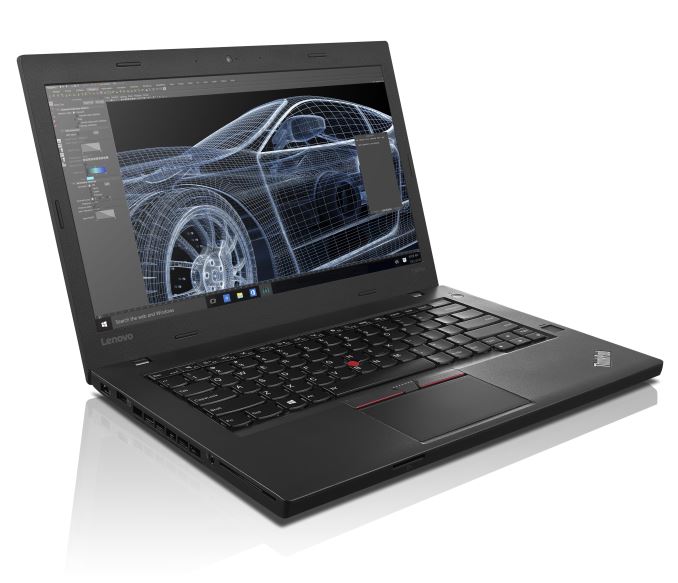 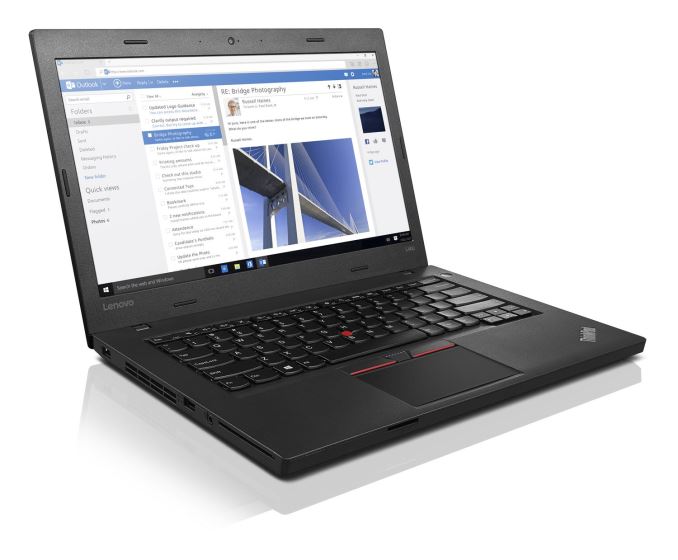 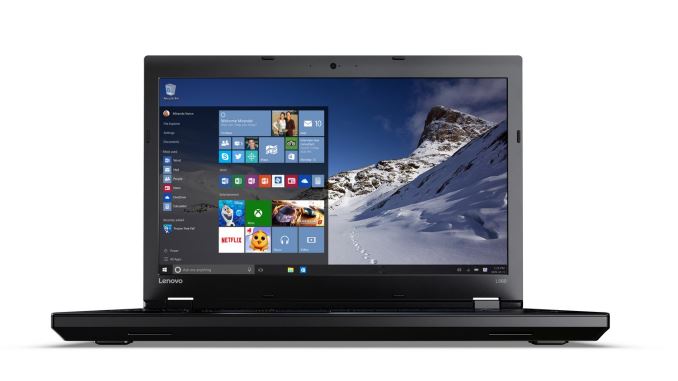 Lenovo has pretty much covered their entire ThinkPad lineup here, with the exception of workstations, but the P series was already refreshed in August with optional Xeon CPUs. This moves the rest of the ThinkPad lineup to Skylake, and Lenovo has taken the opportunity to make many of the models thinner and lighter than the outgoing versions. We should get some hands-on time with the laptops this week at CES.