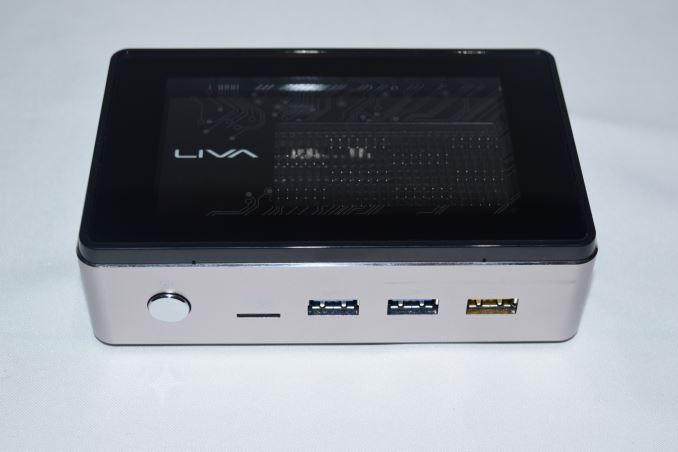 The desktop PC market has been subject to many challenges over the last few years. However, the miniaturization trend (including the introduction of the ultra-compact form factor - UCFF - NUCs) has provided some bright spots. Compact PCs have been around in the mini-ITX form factor for a relatively long time now. Manufacturers have been targeting other form factors such as the NUC and the Compute Stick also. We covered the various options briefly earlier this year. One of the form factors being promoted by Intel and its partners is the 'Mini Lake' reference design coming in at 102 x 64 mm. ECS has been using this form factor in its LIVA line of PCs. This form factor is usually reserved for Atom-based units. However, ECS is looking to use a Core M processor in the same form factor in the ECS LIVA Core.

The success tasted by the Intel NUCs in the desktop PC market has prompted many motherboard vendors to create similar UCFF PCs. Instead of going with the NUC form factor, ECS has tried to differentiate itself with the Mini Lake reference design form factor. This is smaller than the standard NUC, but comes at a cost. Created in anticipation of applicability to Atom-based computers, the reference design called for soldered DRAM and eMMC storage. ECS followed this mantra dutifully in the LIVA, LIVA X and LIVA X2. With the LIVA Core, ECS has stepped up the game. While the DRAM continues to be soldered on to the motherboard, we now have a bonafide upgradable SSD instead of eMMC. Instead of the anemic Atom, we have a Core processor in the form of Core M. As a brief recap, Core M is the branding created by Intel for the Y-series processors (TDP of less than 5W meant for fanless tablets) starting with Broadwell. Core M has seen adoption in a number of fanless 2-in-1 designs. What can it bring to consumers in the UCFF desktop PC form factor? This review attempts to provide an answer.

The specifications of our ECS LIVA Core review configuration are summarized in the table below.

In addition to the main unit, the other components of the package include a 65 W (19V @ 3.43A) adapter, interchangeable UK, US and EU power plugs for the adapter, a VESA mount (along with the necessary screws), a driver CD, user's manual and a quick-start guide. The gallery below takes us around the package and the hardware in the unit.

It is not necessary to take the base off the unit, unless one wants to upgrade the internal M.2 SSD or replace the WLAN adapter. It is likely that this option is not going to be exercised by any user, since those components have more than enough performance for a PC in this form factor. In any case, we see a big thermal pad along the length of the M.2 SSD to aid in heat dissipation. It is placed in direct touch with the metal base of the unit. 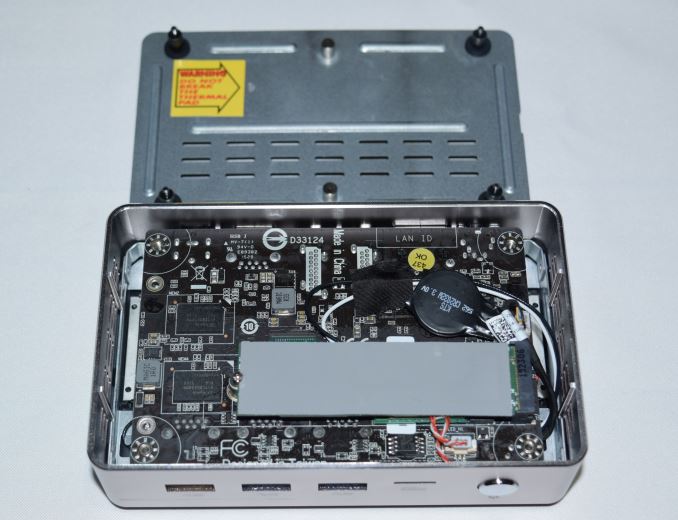 Readers interested in a closer look at the heat sink and other internal parts of the ECS LIVA Core can peruse some pictures collected by FanlessTech in the post here.

In the table below, we have an overview of the various systems that we are comparing the ECS LIVA Core against. Note that they may not belong to the same market segment. The relevant configuration details of the machines are provided so that readers have an understanding of why some benchmark numbers are skewed for or against the ECS LIVA Core when we come to those sections.