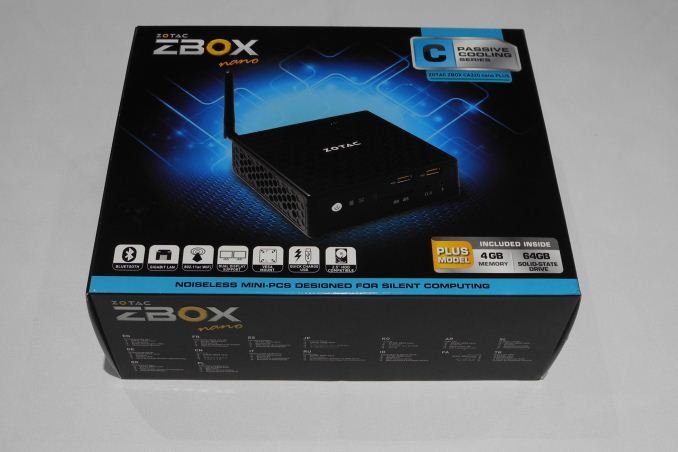 Over the last couple of years, mini-PCs in the ultra-compact form factor (UCFF) have emerged as one of the bright spots in the troubled PC market. Zotac is no stranger to this segment. Even though the Intel NUC is credited with kicstarting the UCFF trend, the Zotac nano xs units actually came to the market before them. With the nano xs, Zotac redefined the small form-factor (SFF) PC. The ZBOX C Series nano units were launched to cater to the demand for fanless mini-PCs. The nano series units use slightly bigger motherboards, but they are still small enough to mount discreetly behind monitors with the supplied VESA mounts.

Most of the mini-PC / UCFF PCs in the market are based on Intel CPUs. Interestingly, Zotac launched an AMD-based SKU with the C series - the Zotac ZBOX CA320 nano. Based on a Temash APU (originally meant for the tablet market), the product does stand out compared to the other alternatives at a similar price point (based on the Intel Bay Trail SoCs).

Traditionally, Zotac samples PLUS units for review, and the CA320 nano was no different. The ZBOX C Series is one of the few lineups for which a PLUS model makes sense - the bundled 2.5" drive is a SSD, and there is only one SO-DIMM slot. The fact that PLUS models come with only one memory stick is not an issue here. Other than being ready to go out of the box in terms of hardware, the unit does come barebones (no OS installed). The specifications of our Zotac ZBOX CA320 nano review configuration are summarized in the table below.

The Zotac ZBOX CA320 nano kit doesn't come with any pre-installed OS, but does come with a CD and a read-only USB key containing the drivers. In any case, we ended up installing the latest drivers downloaded off Zotac's product support page. In addition to the main unit, the other components of the package include a 40 W (19V @ 2.1A) adapter, a US power cord, a VESA mount (along with the necessary screws), a single 2.4 GHz / 5 GHz antenna for the Wi-Fi feature, a driver CD / read-only USB key, user's manual and a quick-start guide. The unit is quite easy to open up (even without a screwdriver), but it is not necessary to do it unless one wants to replace either the memory or the disk drive. 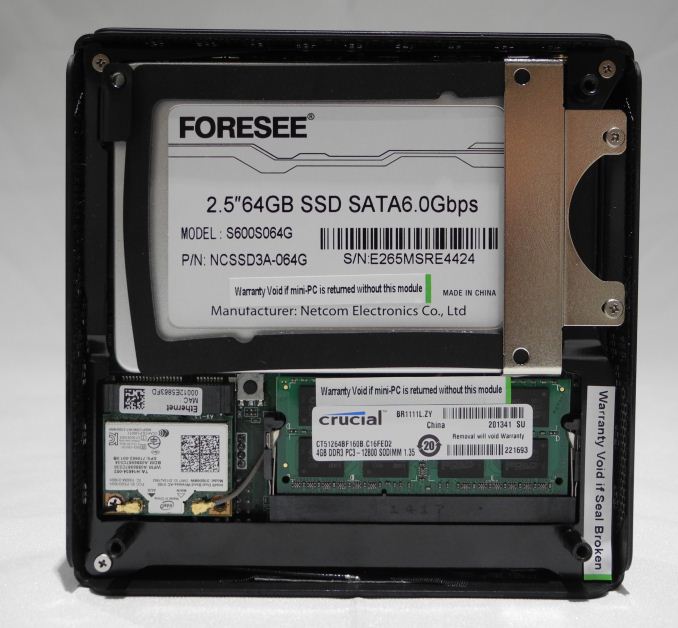 The gallery below takes us around the hardware in the unit.

Gallery: Zotac ZBOX CA320 nano PLUS: In & Around the Unit

In the table below, we have an overview of the various systems that we are comparing the Zotac ZBOX CA320 nano against. Note that they may not belong to the same market segment. The relevant configuration details of the machines are provided so that readers have an understanding of why some benchmark numbers are skewed for or against the Zotac ZBOX CA320 nano when we come to those sections.