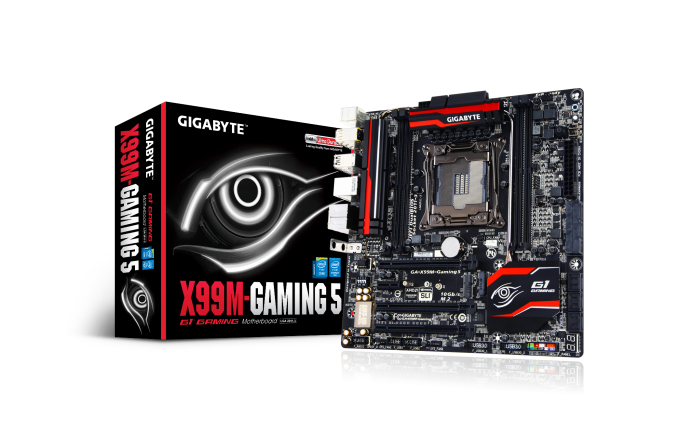 One noted trend in computing is the desire for more compute in a smaller space. Imagine mixing High Performance Computing with Small Form Factors, if such a thing could be possible without tons of heat or extreme fan noise/cooling. Haswell-E is the peak of multithreaded throughput on the consumer platform, and the choices for small systems based on this CPU line are limited to custom system integrators or micro-ATX motherboards for home builds. At present there are three micro-ATX X99 motherboards on the market, and GIGABYTE becomes the forth by entering the fray with the X99M-Gaming 5. 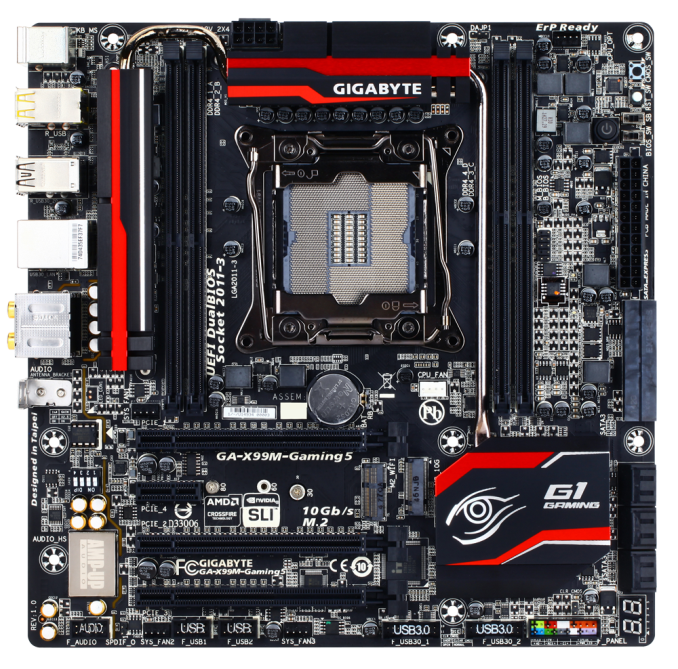 The X99M-Gaming 5 matches the current generation gaming motherboards from GIGABYTE with its G1.Gaming styling, and unlike other motherboards in this segment uses the CPU PCIe lanes (with a 40 lane CPU) in an x16/x16/x8 arrangement rather than x16/x16 with an additional PCIe 2.0 x4 from the chipset. This means that users with single slot GPUs or PCIe co-processors can use three devices with direct bandwidth to the CPU. Users with an i7-5820K, with 28 PCIe 3.0 lanes, will have access to an x16/x8/x4 arrangement. 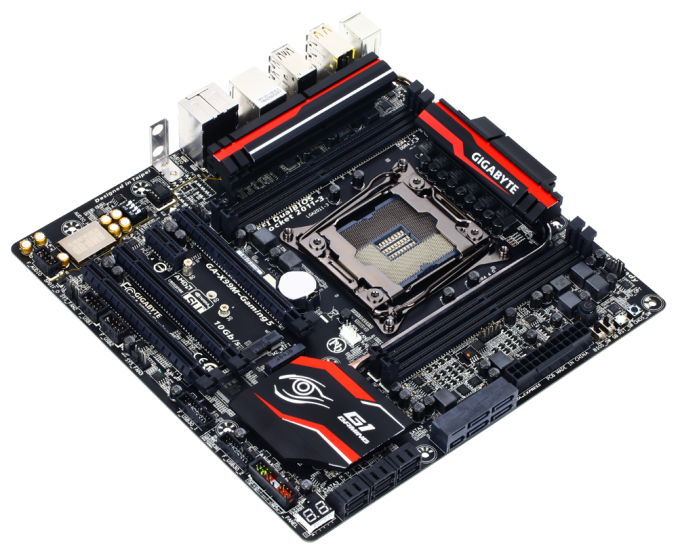 Networking comes via a Qualcomm Atheros Killer network port and M.2 x1 slot for a WiFi M.2 module which can route the antenna to the back panel - users will have to purchase this separately, or GIGABYTE might make a WiFi edition if demand is sufficient. The X99M-Gaming 5 will support both M.2 x2 and SATA Express, with all ten SATA 6 Gbps ports from the chipset being used. The power delivery also continues GIGABYTE’s design with International Rectifier PowIRStage ICs and server level chokes.

As this is an announcement from GIGABYTE’s headquarters in Taiwan, we are awaiting information via the US offices for North America pricing. The current micro-ATX X99 motherboards on the market currently retail for $235, $250 and $260, so one might suggest that this is also the target.