The single client CIFS and iSCSI performance of the Synology DS415+ was evaluated on the Windows platforms using Intel NASPT and our standard robocopy benchmark. This was run from one of the virtual machines in our NAS testbed. All data for the robocopy benchmark on the client side was put in a RAM disk (created using OSFMount) to ensure that the client's storage system shortcomings wouldn't affect the benchmark results. It must be noted that all the shares / iSCSI LUNs are created in a RAID-5 volume. The DS415+ manages to compare favorably against the ARM-based solutions, obviously. The real tussle in these single client scenarios is not against the other Rangeley NAS (Seagate NAS Pro), but against the QNAP TS-451 based on Bay Trail-D. Both DSM and QTS are mature operating systems. The higher core count in the DS415+'s Atom C2358 compared to the TS-451's Celeron J1800 probably help the former edge ahead in most of the benchmarks presented in the graphs below. 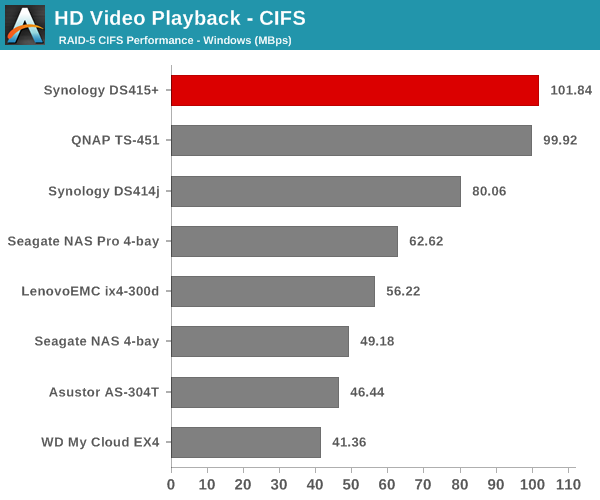 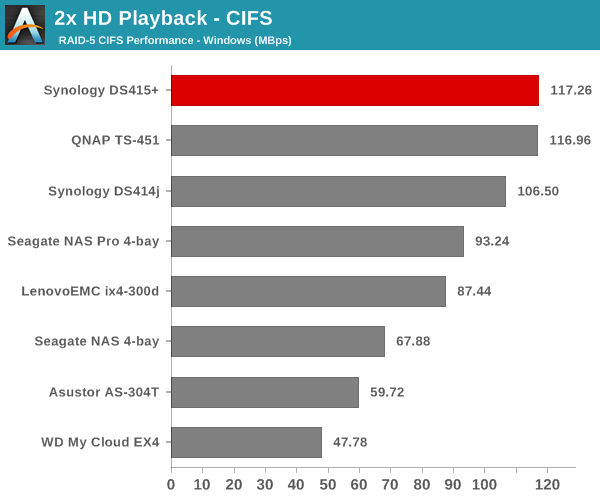 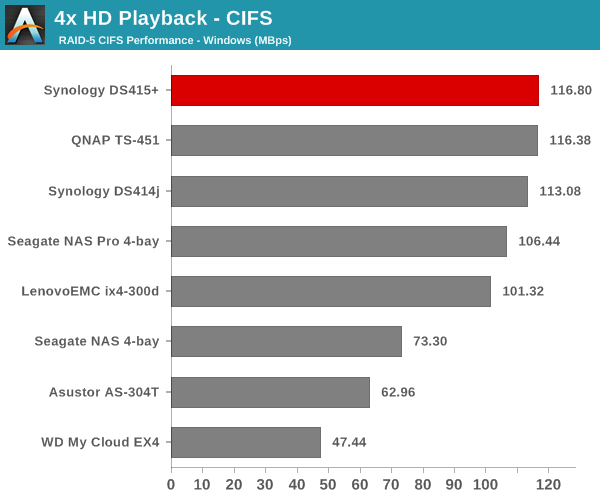 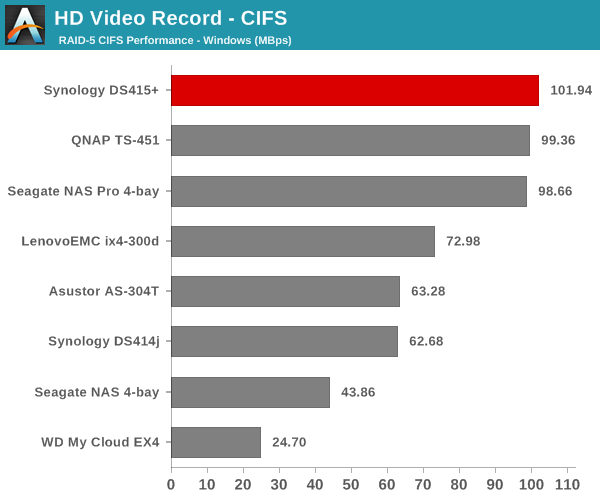 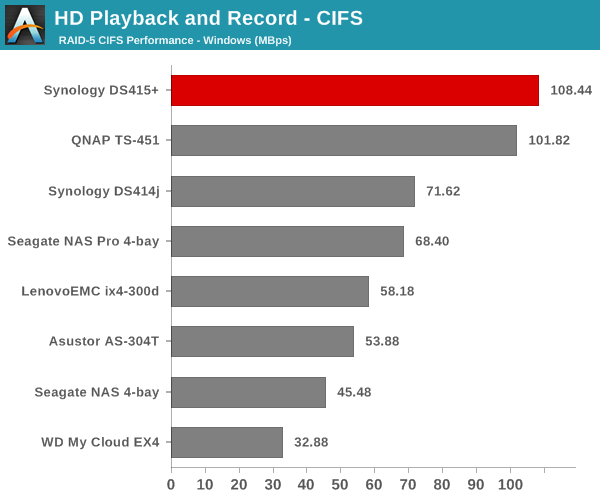 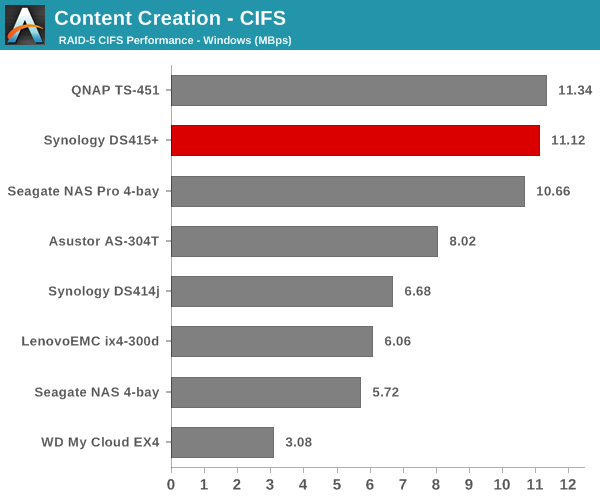 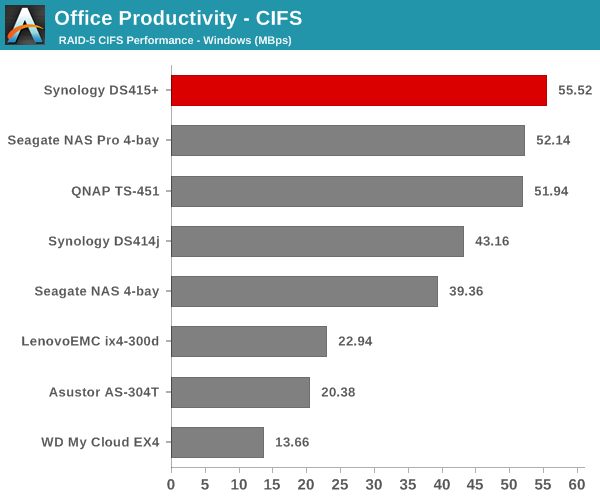 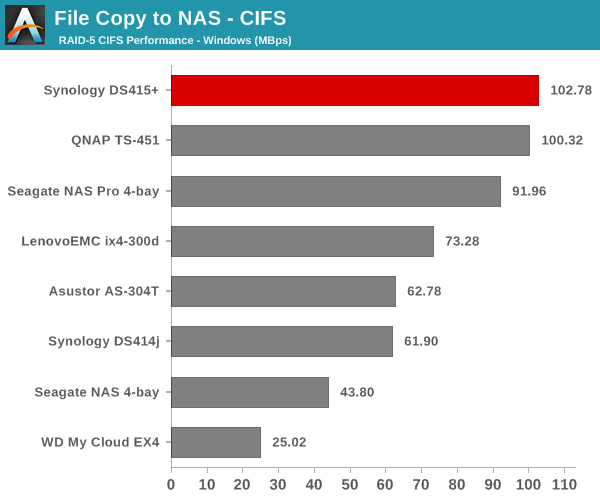 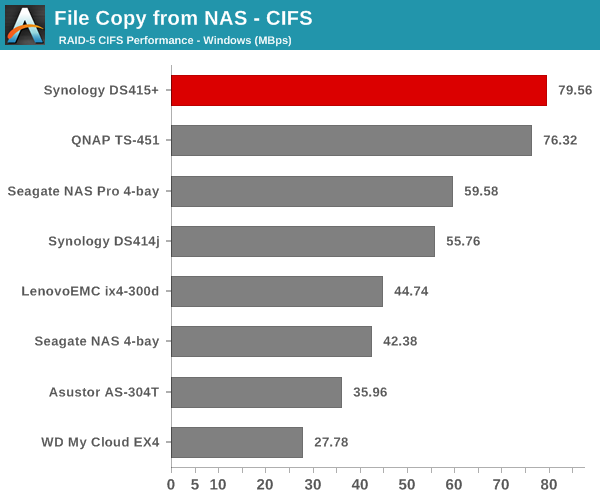 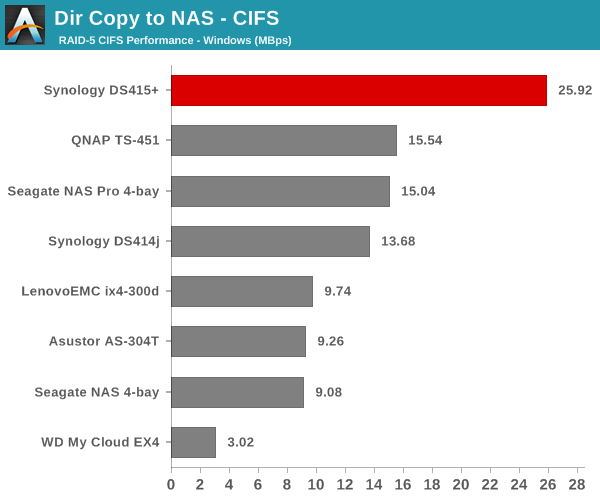 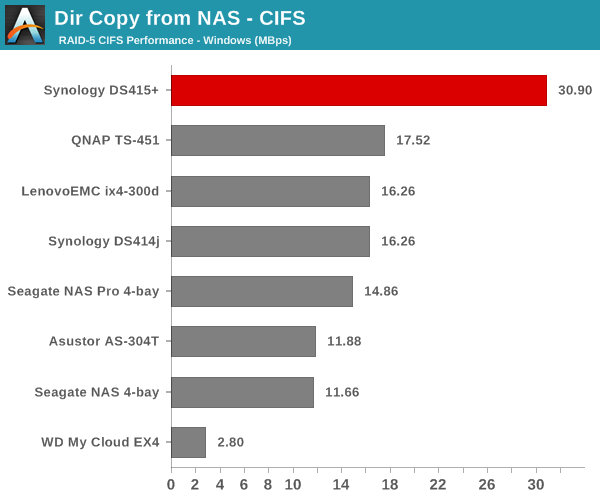 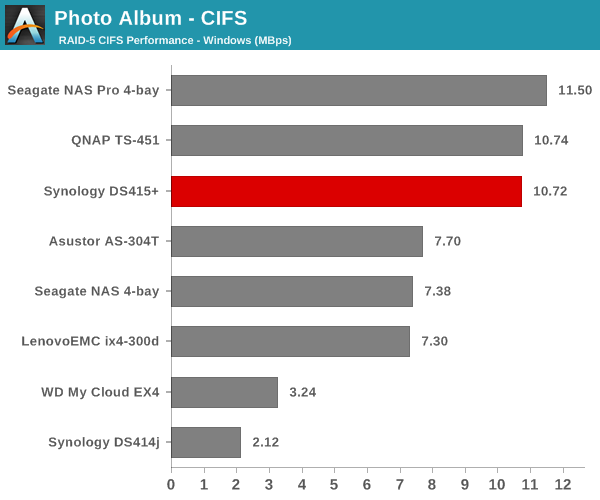 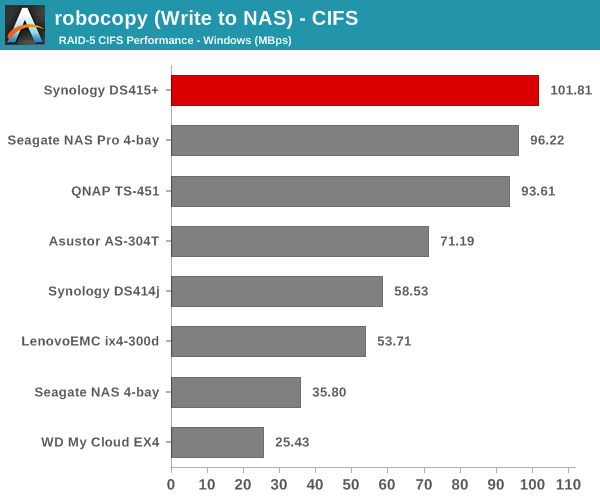 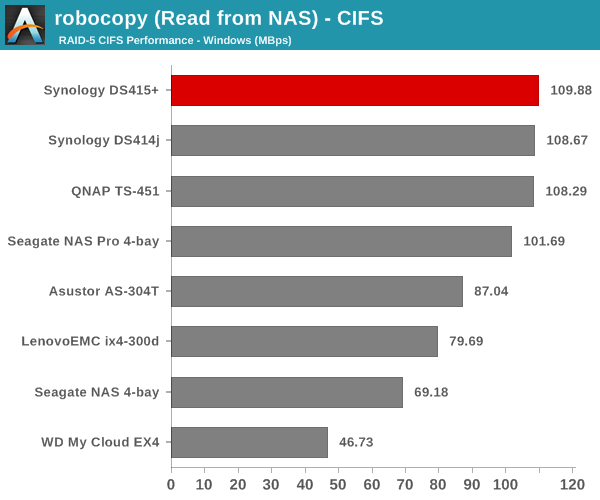 We created a 250 GB iSCSI LUN / target and mapped it on to a Windows VM in our testbed. The same NASPT benchmarks were run and the results are presented below. The observations we had in the CIFS subsection above hold true here too. 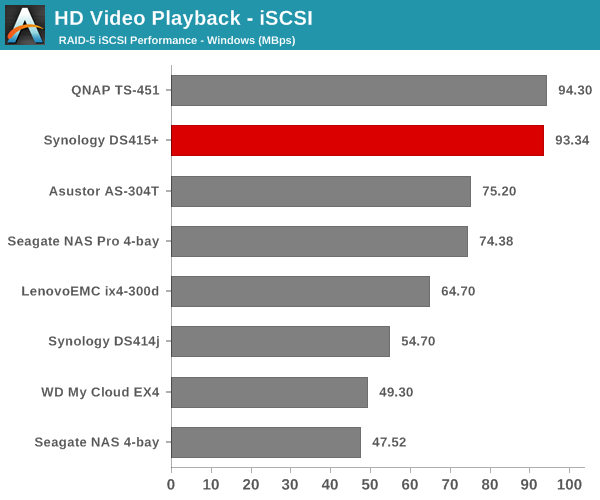 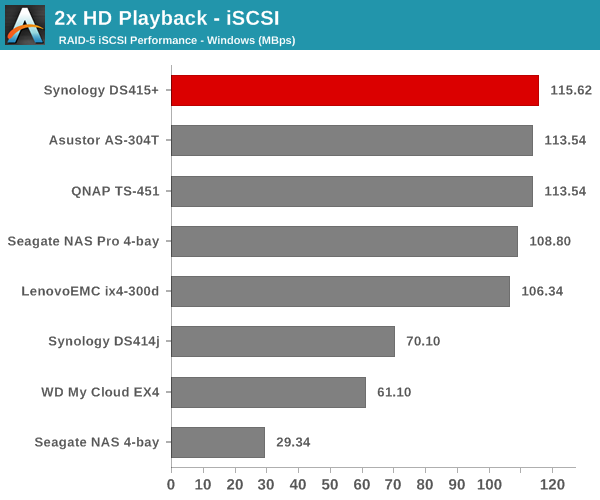 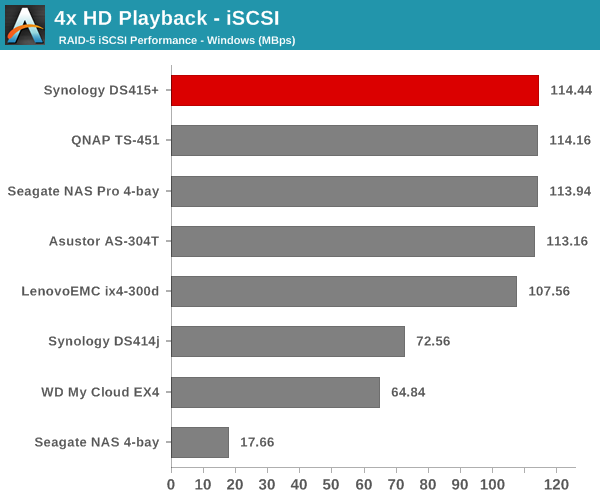 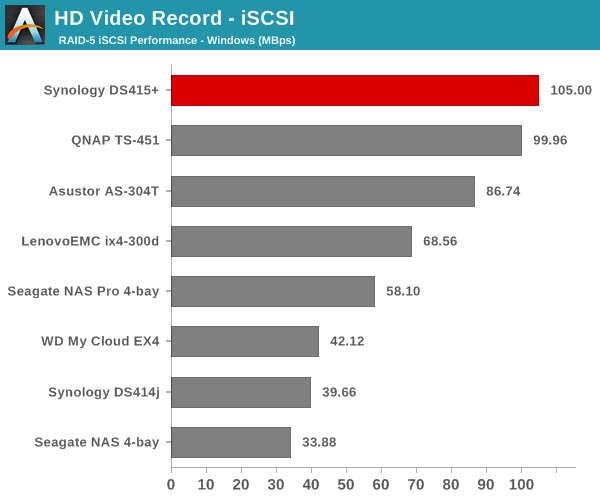 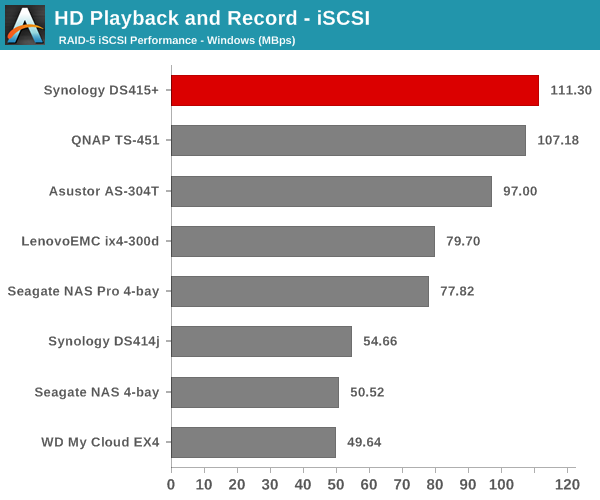 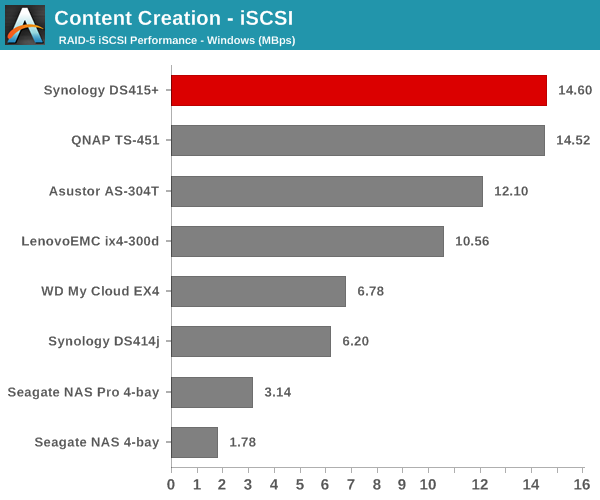 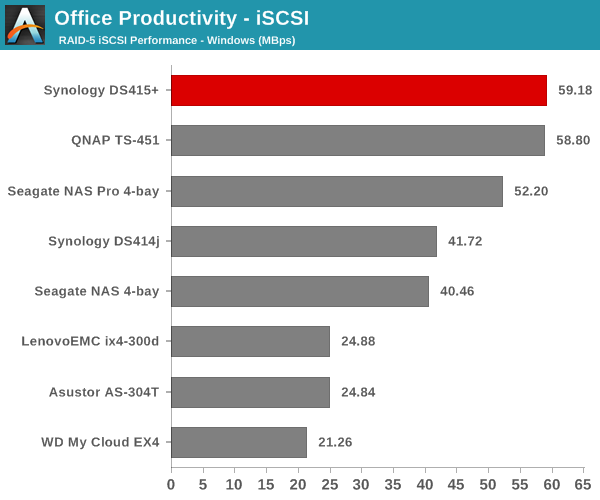 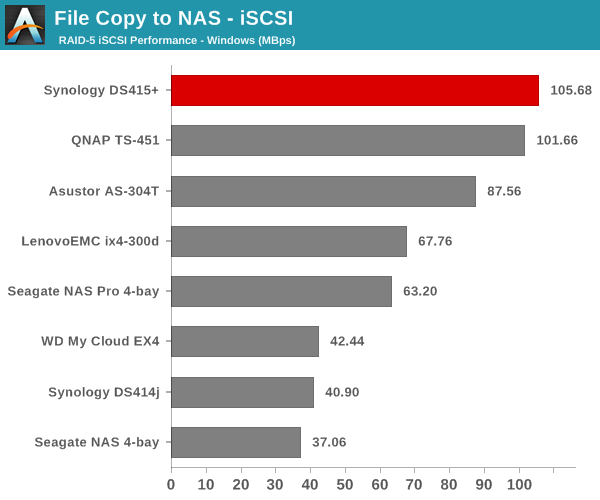 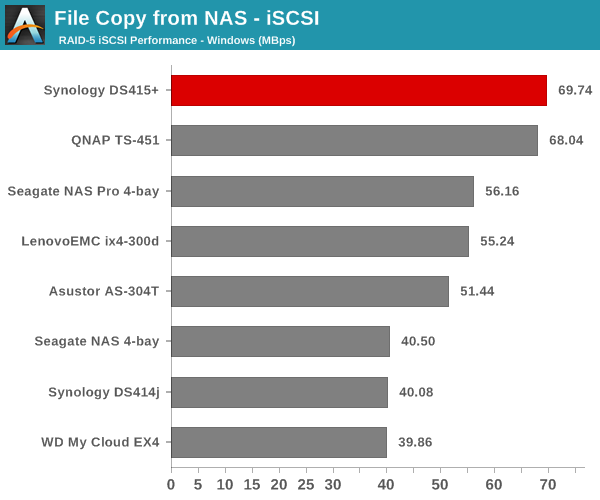 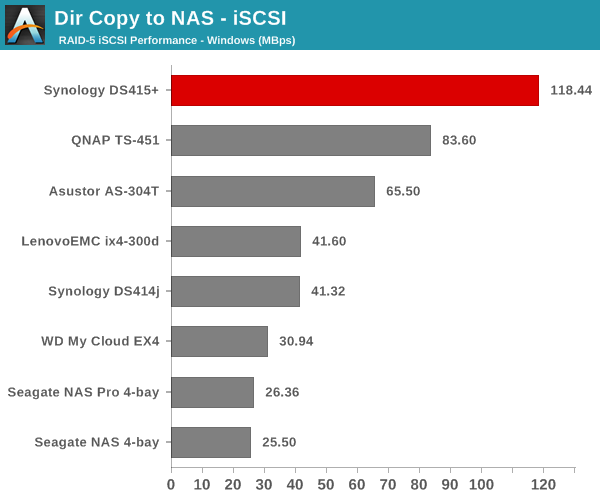 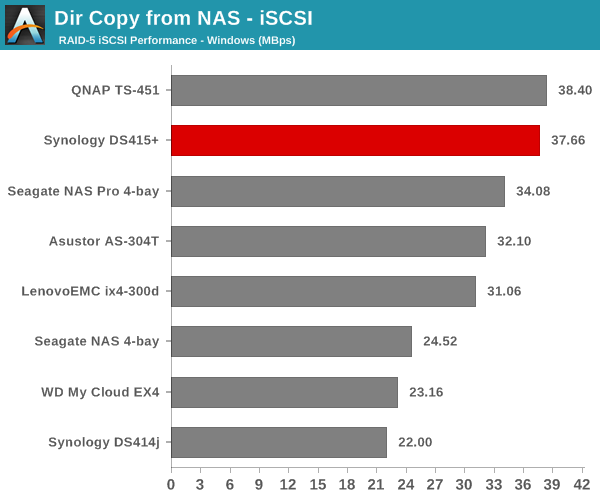 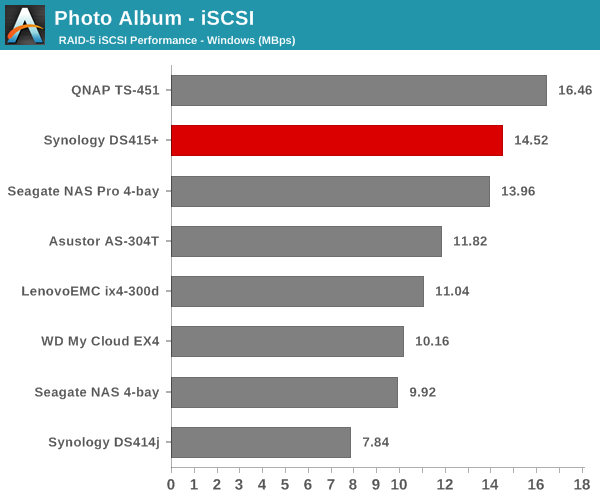 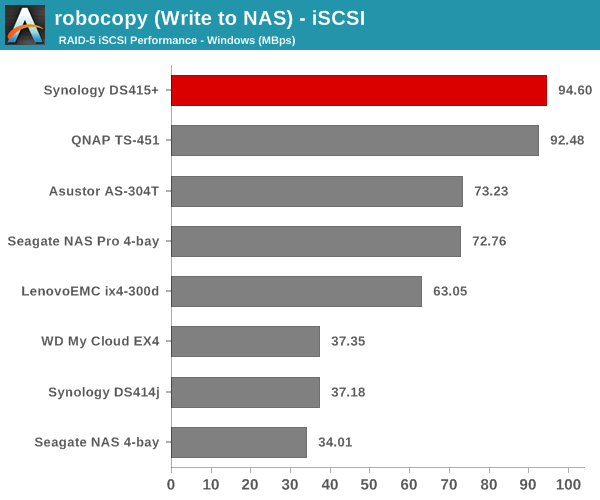 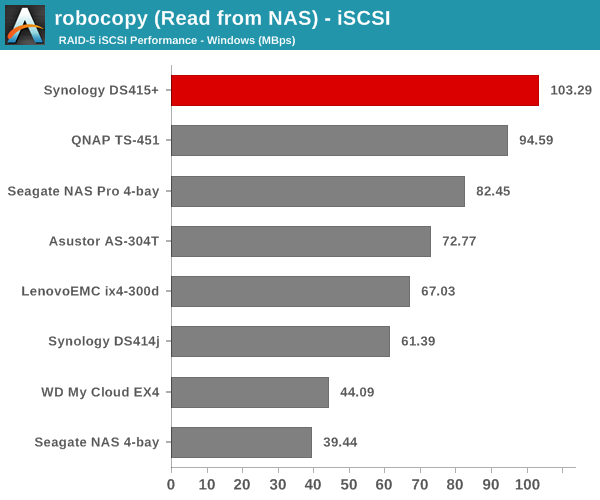