As mentioned on the previous page, Nixeus is being very straightforward and truthful about the key switches of the MODA, which are Brown switches from Kailh. The mechanical properties and even the color of Kaihl's Brown switches are a direct copy of Cherry's MX Brown switch – a soft tactile switch with nearly noiseless actuation. The selection of switches is largely based on the taste of the user, but these Brown switches are considered the best compromise between gaming and comfortable typing. Actually, many typists prefer the Brown switch to the Blue switch, as it offers the same tactile feeling without the noisy "click" actuation sound. 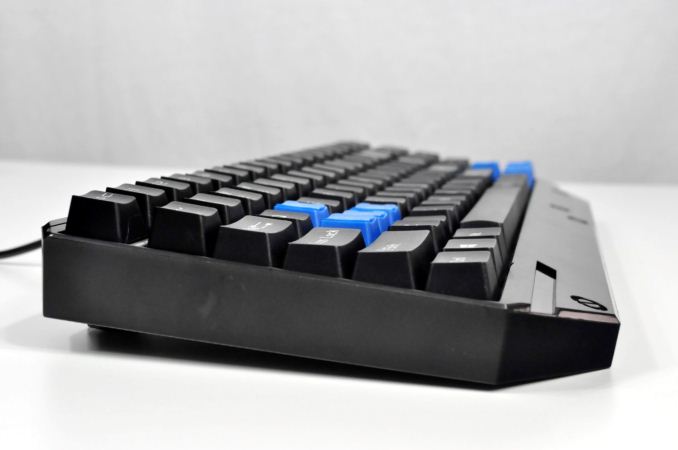 There is no reason why the copy cannot be as good (or even better) than the original, but Kailh's quality control appears to not to be on par with Cherry's, with larger inconsistencies between the keys. It's not a huge problem, however, as the performance of their switches is usually well within their rated specifications. This is true for the MODA as well, as our texture analyzer revealed that the actuation force of all normal-sized keys was between 46cN and 59cN, well within the 54±20cN specification.

There is virtually no key wobbling at all, even on the larger keys, giving the user a feel of exceptional sturdiness and providing a great typing experience. This level of quality is rare on a keyboard that uses bar stabilizers under the large keys. The company has even applied a little bit of grease on the stabilizers to ensure that they will not wear out in a short amount of time. 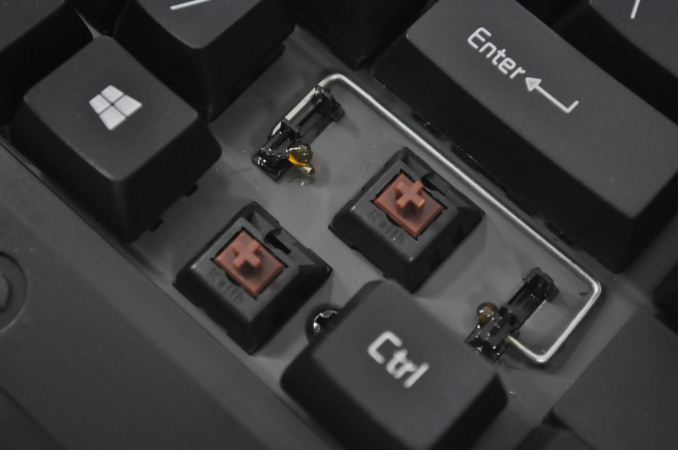 Nixeus' approach regarding the indicator LEDs is certainly unique but not particularly effective. The switches beneath the Scroll Lock and Caps Lock keys feature LEDs, but the keycaps are not transparent. As a result, the light is only barely visible around the bottom of the keycap. Although it looks great on camera, the light is not easily discernible in a well-lit room. This is not much of a problem as these keys are rarely used, but it is still something that could be easily remedied nonetheless. The soft light does look good in a dark room though. 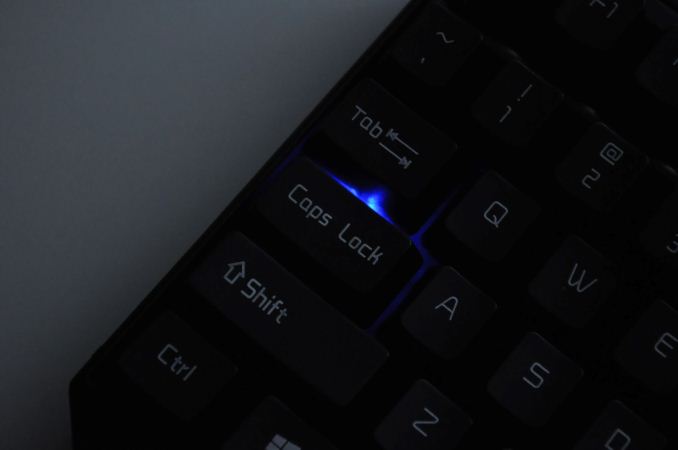 There is not too much to say about a product as simple as the Nixeus MODA. The aim of the company is clear: provide an aggressively priced mechanical keyboard for users that do not care about advanced features. With a retail price of around $70, it is one of the cheapest mechanical keyboards currently available. Most of Nixeus' direct competition is similar keyboards that are also using Kailh switches, while tenkeyless keyboards using Cherry MX Brown switches cost about $20 more. (Note that keyboards with Blue switches tend to cost a bit less, e.g. here's a Kailh Blue tenkeyless for $60.)

As mentioned above, Kailh's switches are direct copies of Cherry's products, including their durability specifications. With the keyboards that we've tested up to this date, we found that the consistency of Kailh's switches is inferior to their respective counterparts, but their mechanical attributes have always been well within their nominal specifications. As the user experience remains the same, we cannot fault a keyboard for using Kailh switches, especially when it is a product looking to provide the maximum possible value. Unfortunately, the claimed 50 million keystrokes longevity of the switches cannot be tested within the short timeframe of a typical review. 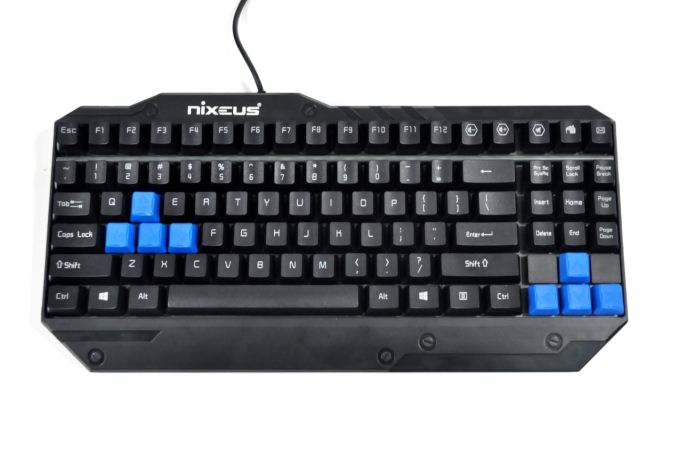 If you are looking for a keyboard that has features such as backlighting or programmable keys, then the Nixeus MODA is certainly not the product that you are looking for. The Nixeus MODA is a "no frills, no thrills" kind of product, meaning that is right only for users that simply want a mechanical keyboard for common everyday use, and more specifically users that want a compact tenkeyless keyboard. It is very comfortable to type with, the quality is acceptable, and the retail price is reasonable. However, if you even consider the possibility that you might need advanced programming features or enjoy a backlit keyboard, then you'll want to look at more advanced models, such as the $100 Rosewill RGB80.