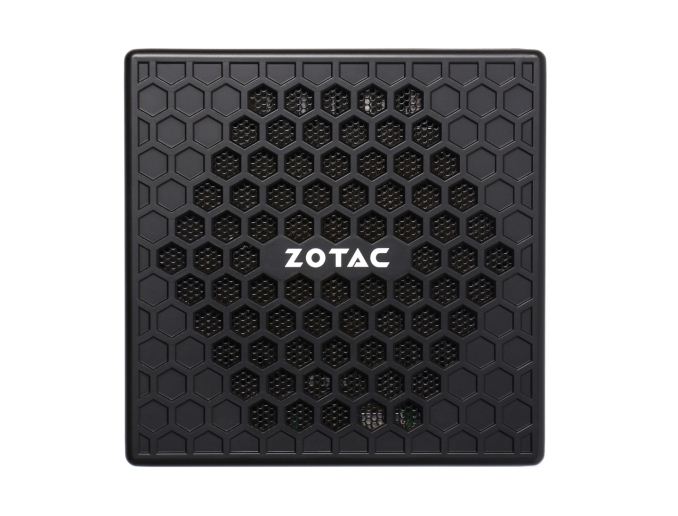 At Computex 2014, Zotac has launched four new passively-cooled mini-PCs. All of these C-series units are sized the same as Zotac's existing ZBOX nano lineup (127 mm x 127 mm x 45 mm). Compared to the U-series CPUs used in the current crop of NUC-type mini-PCs, Zotac has gone in for the Core-Y series members in their flagship models. The Core-Y series have a 11.5W TDP (and a 6W SDP), which make them ideal for passively cooled designs. The ZBOX C-series lineup also includes a Celeron N2930 model as well as an AMD A6-1450 APU model (which integrates an AMD Radeon HD 8250). As usual with Zotac, the PLUS series members come with 4GB of DDR3L memory as well as a 2.5" 64GB SSD.

The details of the four different C-series members are provided in the picture below. 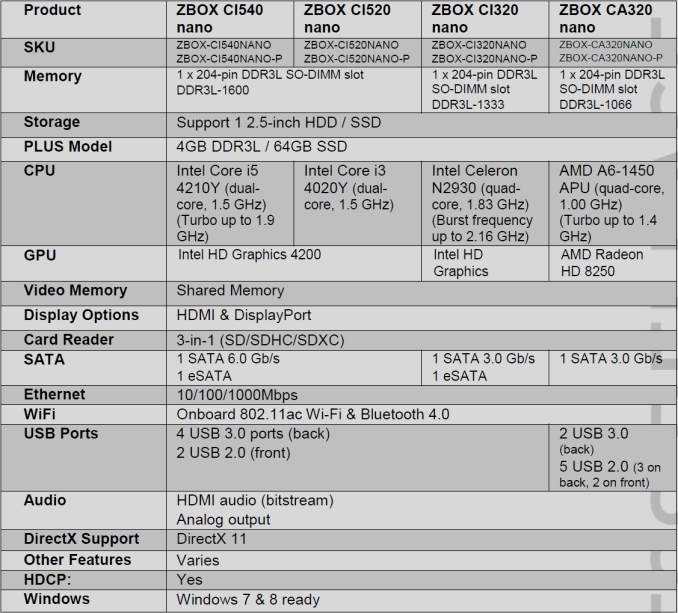 Pricing for the four models has also been announced (barebones/PLUS format, in USD):