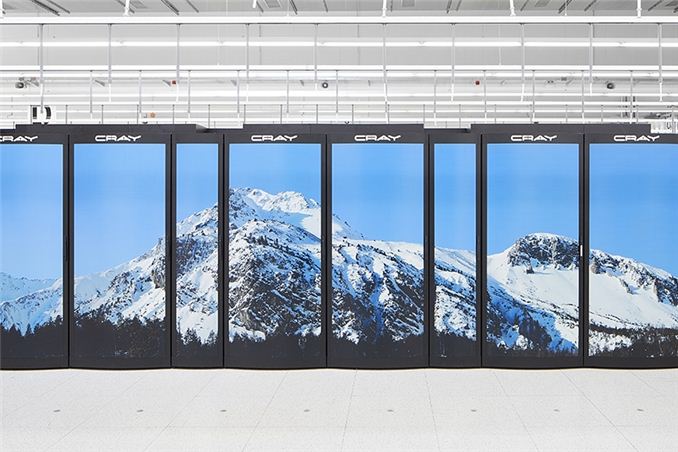 Turning our eyes back towards SC13 and supercomputers one more time this week, we have the biannual supercomputer rankings, which are released every spring and every fall. These rankings are composed of the Top500 and Green500, which rank supercomputers based on total performance and power efficiency respectively. These lists are admittedly mostly for bragging rights, but they do give us an interesting look at what the top computers in the world currently look like.

Moving down the list, we have the Opteron + Tesla based Titan, the Bluegene/Q based Sequoia and Mira, and the SPARC64 based K Computer. The first new supercomputer on the list comes in at #6, and that’s the Swiss National Computing Center’s Piz Daint. Piz Daint was first announced back in March and is now fully up and running, based on a Cray XC30 which in turn is a combined Xeon + Tesla system. Piz Daint weighs in at 6.2 PFLOPS, thereby making it the most powerful supercomputer in Europe. This also marks the second Tesla K20 system to make the top 10, tying Intel’s pair of Xeon Phi systems but still well behind the 4 Bluegene/Q systems that occupy the top of the list.

This November has seen exactly the above happen, with a number of smaller installations coming online and pushing older systems further down the list. For June you needed an efficiency level of 2,299 MFLOPS/W to make the top 10; for November you need 2358 MFLOPS/W. Which doesn’t sound like a huge difference, but it was enough to push systems 4 through 10 off of the top 10 list, meaning most of the list is composed of new supercomputers.

Interestingly, every new system on the list is some kind Xeon + Tesla K20 configuration, which in turn has led to the entire top 10 now being composed of those systems. In fact you have to go down past #11 – the Xeon + FirePro S10000 based SANAM computer – to find a system that isn’t GPU powered. The Green500 list is based on total power consumption – system plus cooling – so it isn’t just a measurement of system power efficiency, but except in the cases of Eurora, TSUBAME-KFC, and other computers that are using exotic cooling, everyone else is using standard air conditioning and as such system power efficiency is the deciding factor. To that end it’s clear that from an efficiency perspective GPUs have the market cornered, edging out both traditional CPU setups and even Xeon Phi setups (as GPU-like as they are).

Looking at some of the individual systems, the new champion of the Green500 is an interesting and admittedly small scale system out of Japan called TSUBAME-KFC. At 27.78 kW in power consumption and 150 TFLOPS, TSUBAME-KFC isn’t very powerful, but at 4,503 MFLOPS/W it’s by far the most efficient system on the list. The secret – and to our knowledge this is the only ranked supercomputer like this – is that TSUBAME-KFC is the only oil immersion supercomputer on the list. As we’ve seen in the past with systems such as Eurora, supercomputer builders are playing with increasingly exotic forms of cooling in order to keep power consumption down and to further increase efficiency, as the largest scale installations are bounded more by power/cooling needs than they are equipment costs. 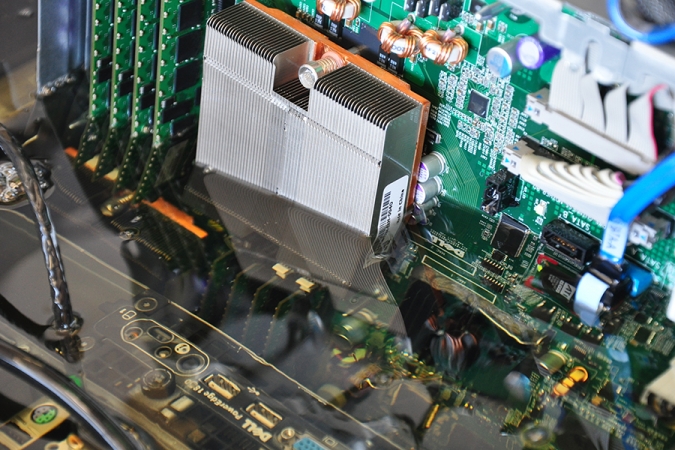 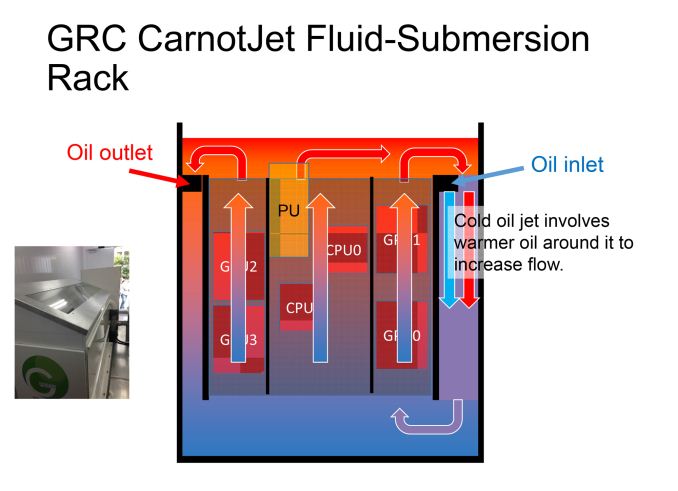 TSUBAME-KFC (Kepler Fluid Cooling, we’re told) takes this idea to the extreme by using non-conductive oil rather than air as the heat exchange medium. Oil doesn't have quite the immense heat capacity of water, but it allows for full immersion of the system nodes rather than requiring the use of tubing and water blocks. Coupled with system level optimizations undertaken by the system builders, such as turning down the GPU clockspeeds for efficiency rather than absolute performance, the builders were able to get the system up to 4,503 MFLOPS/W.

At 25% more efficient than the next closest supercomputer, TSUBAME-KFC is probably a safe bet for holding the top spot for another iteration. Any significant move on the list will require equally exotic cooling, or more likely a newer installation using newer processors, which is admittedly just a matter of time. Whether a traditional air cooled system can beat that mark remains to be seen, but we certainly expect all the usual parties – including the new IBM/NVIDIA partnership – to be potential contenders as their new processors and new manufacturing processes come online.