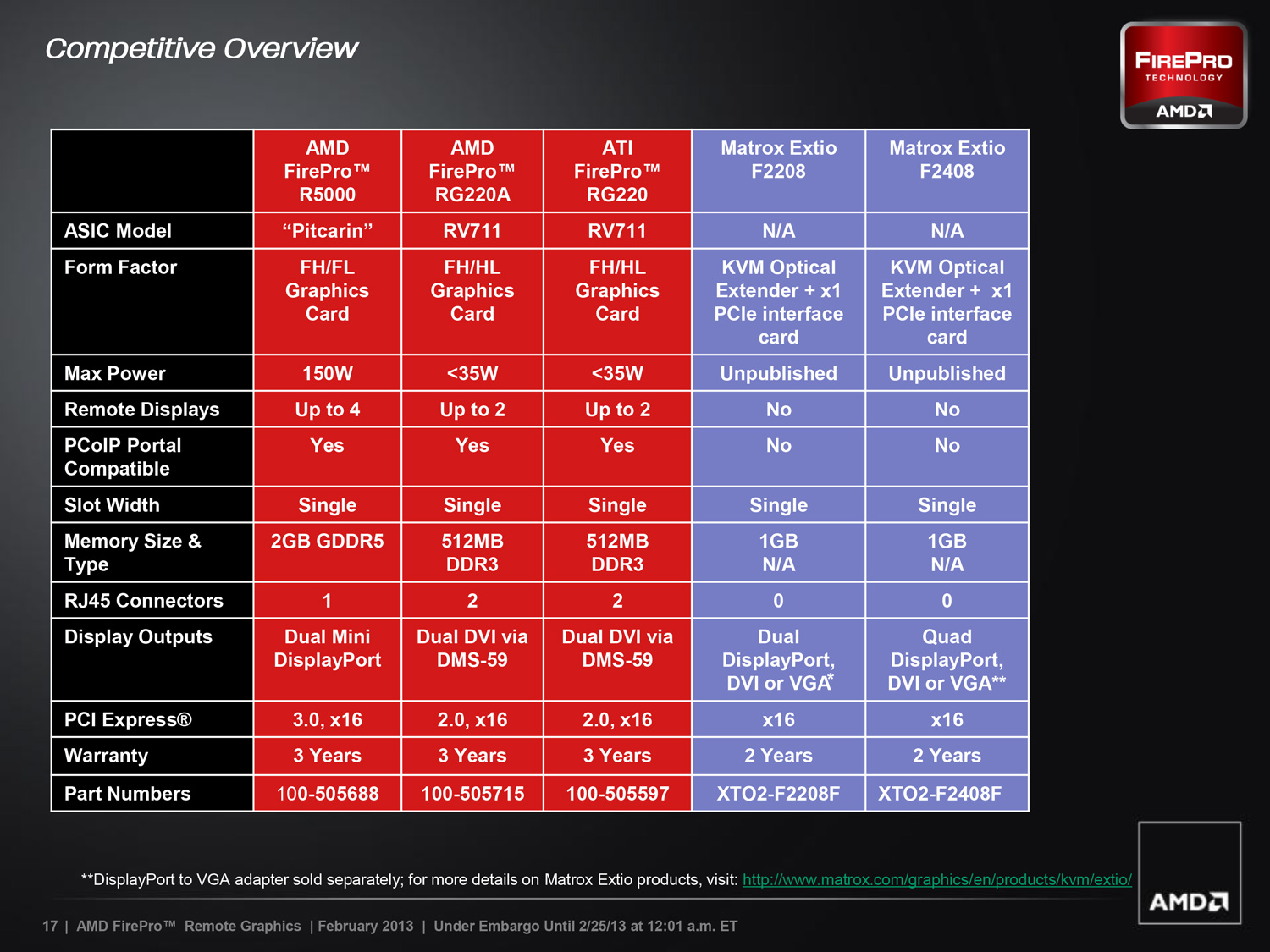 Though most readers aren’t acutely aware of it, AMD’s FirePro lineup of graphics cards encompasses a number of more specialized fields. On top of their “mainline” cards like the FirePro W series for workstation graphics and compute, AMD also has several other series, including the server graphics/compute/VDI focused S series and the display wall focused W series. Today another FirePro series will be getting a product refresh, the remote desktop (PCoIP) R series, with the launch of the FirePro R5000.

Long-time readers will recall that AMD already has a foot in the remote desktop market with the S series, but the S series is primarily geared towards virtualized desktops (VDI). The R series in that respect is a rather specialized piece of hardware from AMD that’s not like anything else in their current (Southern Islands based) product lineup. Unlike the S series, the R series is specifically designed for 1:1 (unvirtualized and unshared) remote desktops through PCoIP technology, and it has additional 3rd party hardware to accomplish this. 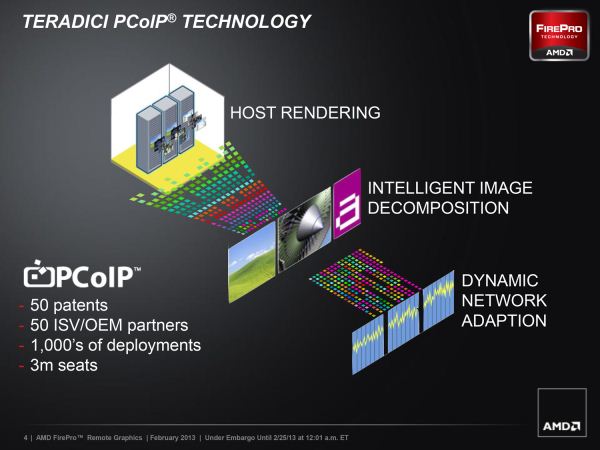 The hardware in question is a processor from Teradici, principle owners of the PCoIP technology. The PCoIP environment is a so-called “zero client” environment, that rather than being based on lightweight workstations running OSes like Windows embedded, uses a modern approximation to the “dumb terminal” of the olden days. PCoIP zero clients in this regard do almost nothing on their own, instead providing a remote desktop experience provided over a UDP/IP network and hosted entirely on a remote server.

Accomplishing this is Teradici’s processors. These provide the necessary hardware to handle encoding the remote desktop video stream along with abstracting PCoIP from the video card, while similar processors on the client side handle the decoding in the case of fully realized zero-desktop devices. 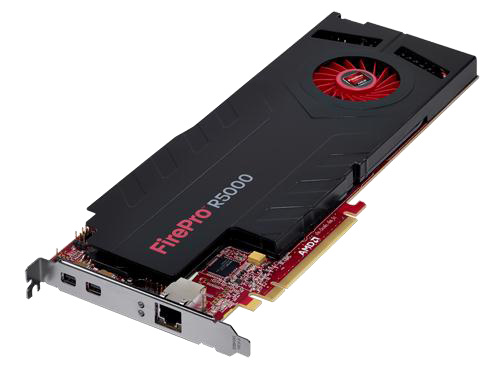 AMD fits this by being a provider of the necessary server hardware, as one of the principle methods of driving PCoIP on the server-side is to use graphics cards equipped with host processors and Ethernet ports. The R5000 in turn is one such implementation, pairing up an AMD Pitcairn GPU with a TERA2240 host processor.

The FirePro R5000 will be replacing AMD’s previous PCoIP product, the FirePro RG220 family, a pair of video cards introduces a few years back based on AMD’s RV711 processors. In this respect the R5000 is not only significantly more powerful than the multiple-generation old RG220 series, but it’s also aimed far higher up the performance ladder; in this case RV711 was a low-end GPU in AMD’s RV700 series family, while Pitcairn is the middle child in the Southern Islands family.

Unfortunately AMD doesn’t provide any hard specifications on the R5000’s graphics performance, but given the similar configuration found on the W5000, it’s not unreasonable to guess that performance should be around W5000’s (1.28TFLOPS). Interestingly, if this assumption is correct, then it’s would mean that R5000’s 150W TDP is almost evenly split between the Pitcairn GPU and the TERA host processor. Update: Teradici has told us the TERA2240 is spec'd for 13W, so it's not clear what accounts for the rest of the power difference between the R5000 and W5000. 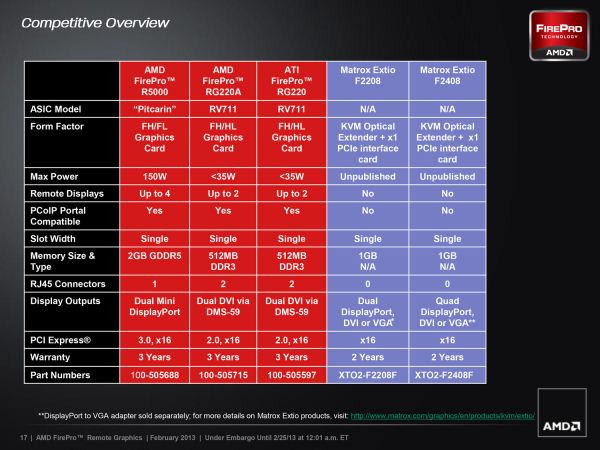