ioSafe used to manufacture disaster proof NAS solutions / backup appliances such as the ioSafe R4. The R4s used to cost upwards of $10K, weighed more than 120 lbs. and the hard disks, though hot-swappable, needed a proprietary coating for waterproofing prior to usage. After taking a small break from the disaster-proof NAS market, ioSafe is back today with a new version, the ioSafe N2. It addresses all the shortcomings of the R4 by bringing down the weight to a more manageable 28 lbs. Hot swapping with standard hard drives is also supported, and the price for a diskless unit is a consumer friendly $599. Based on the Synology DSM (Disk Station Manager) firmware, the N2 is a 2-bay NAS unit with a 2 GHz Marvell CPU at the core along with 512 MB of DRAM. The performance, therefore, should be similar to that of the Synology DS213. 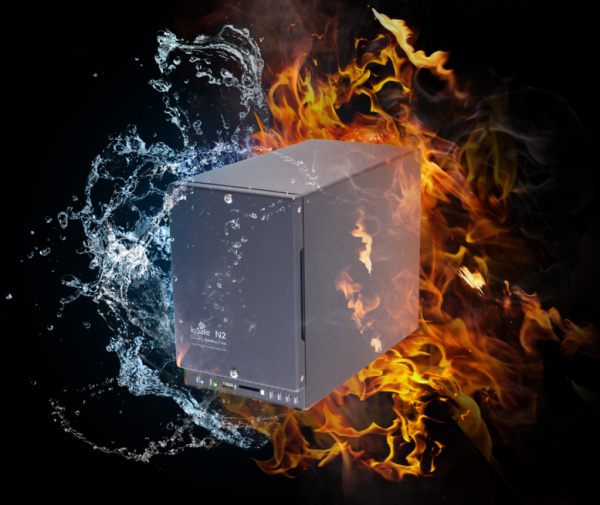 We had carried out a detailed analysis of ioSafe’s technology in our review of the SoloPRO earlier this year. The following picture shows the various aspects being used in the ioSafe N2. 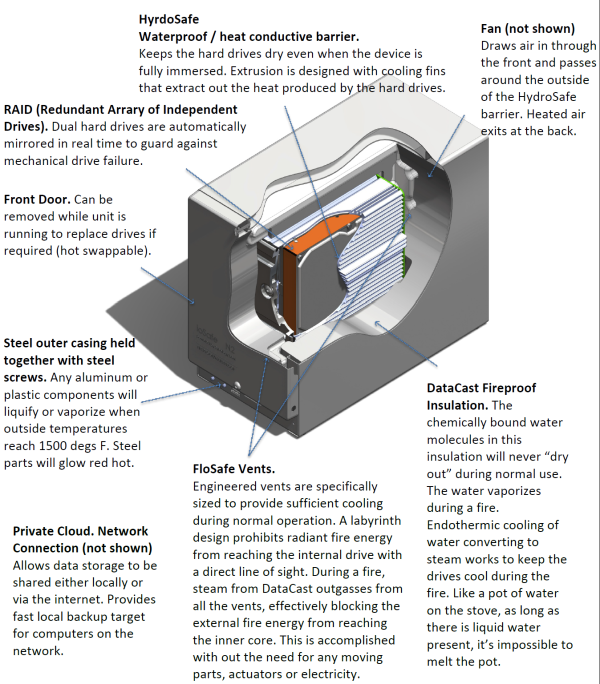 A summary of the ioSafe N2 specifications is provided below:

ioSafe's CEO, Robb Moore, had responded to many of our questions and concerns in the comments section of our review of the ioSafe Solo PRO. Of particular relevance to today's piece is the 3-2-1 backup strategy advocated by ioSafe:

Many consumers wish to have some sort of RAID-1 redundancy built into their backup strategy (We all know 'RAID is not backup'). For example, a disaster proof backup system could consist of a 2-bay NAS such as the Synology DS213 ($299), two 2TB drives (2x $100) and a 2TB SoloPRO ($370) costing $869 in total. Another way of implementing the 3-2-1 strategy would be an ioSafe N2 ($599), two 2TB drives ($200) and a generic 2TB external hard drive ($100) costing $900 in total. Both setups would give fireproof and waterproof backups with private cloud access, NAS and RAID. The second strategy does deliver a slight advantage:

The ioSafe N2 is being launched on Indiegogo today. General availability is scheduled for January 2013 with a retail price of $599.99 for the diskless version. Considering that ioSafe is a small company with 20-odd employees, crowdfunding initiatives like Indiegogo allow them to jump past typical startup funding models and rapidly accelerate the ioSafe N2 to market.

It is exciting to see ioSafe address the market for disaster proof network attached storage. This market is not necessarily as glamorous as the one that a recent crowdfunding hit managed to raise millions of dollars for. However, most consumers don't realize the value provided by solutions such as those provided by ioSafe until it is too late. With the final version of the ioSafe N2 already being demonstrated and the solid track record of ioSafe in the disaster proof storage market, we hope ioSafe is able to successfully reach out to the consumers through this initiative.