In the long-running saga of Intel’s conflicts with various national trade commissions, 2009 was a lousy year for Intel. The European Commission fined Intel for nearly 1.5 billion USD, the US Federal Trade Commission sued Intel on anti-trust grounds, and Intel settled with AMD for another 1.25 billion USD. If nothing else it was an expensive year, and while Intel settling with AMD was a significant milestone for the company it was not the end of their troubles.

Now just shy of 9 months after the FTC’s lawsuit began, Intel’s conflicts are starting to come to an end. While the European Commission’s fine is still on appeal, Intel can close the book on their troubles with the FTC: Intel and the FTC have reached a settlement ahead of what would have been next month’s court hearing. With this settlement the FTC is agreeing to drop the case in return for a series of prohibitions and requirements placed upon Intel to maintain and enhance the competitive environment in the CPU and GPU markets. However true to their word, the FTC did not push for any fines – this is a settlement of actions, and not one of greenbacks. 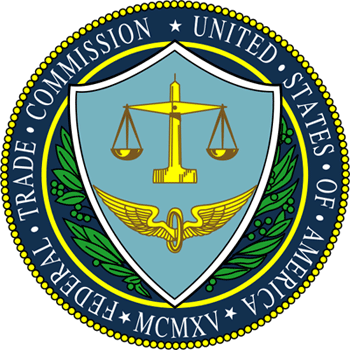 As a quick refresher, the FTC had been investigating Intel for a number of years. Ahead of their suit in December of 2009 the FTC brought Intel to the table and tried to negotiate a settlement, but that didn’t come to pass. In the meantime Intel and AMD reached a separate truce back in November of 2009, an important distinction as AMD had been the primary instigator of all of the investigations against Intel. Ultimately the FTC decided to take their case forward without further help from AMD, a somewhat surprising move that at first glance seems to have largely panned out in the FTC’s favor.

In the suit, the FTC listed a number of complaints towards Intel over both the CPU and the GPU markets, where in the former Intel is the dominant player, and in the latter their market share has been increasing over the years as IGPs grow in popularity. The FTC’s complaints were roughly as follows:

The purpose of the suit and what would have been the associated trial would have been for the FTC to prove that Intel engaged in these actions, and more importantly that these actions were harmful to the market to a significant enough degree to run afoul of Section 5 of the FTC Act.

One other piece of more recent background information involves Dell. Dell has been under investigation by the US Securities & Exchange Commission for the past few years regarding financial irregularities. Those irregularities, as the SEC charges, were due to Intel’s secret rebates to the OEM to not use AMD processors. When Dell began using AMD processors in 2007 and those rebates stopped, Dell ceased to turn a profit.

In turn, since these payments were secret, investors had no idea that the only reason the company was profitable was due to these payments as opposed to entirely above-the-board measures by the company. The end result was that the SEC sued Dell, and last month Dell settled the case by paying a $100 million fine to the SEC. As is the case with similar settlements, the case is not legally binding proof of Intel’s actions, as Dell neither had to confirm nor deny the SEC’s charges (in essence allowing them to claim that the settlement is just the easiest way to get the SEC out of the way). It does however show us just how large Intel’s rebates to OEMs may have been.