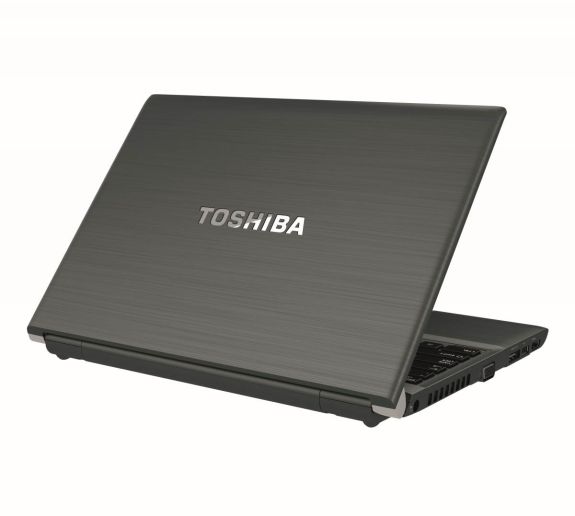 Toshiba recently celebrated it’s 25th anniversary of manufacturing mobile computers, and in honor of the occasion, took the opportunity to bestow upon us the new Portege R700. The latest in a long and reputable line of superthin and superlight ultraportable notebooks, the R700 (and nearly identical R705 retail model) do not disappoint. At under an inch thick and just 3.2lbs, Toshiba claims that the R700 is the lightest 13.3” notebook with an integrated optical drive. Which is all the more amazing considering the R700 forgoes the Core i3/i5/i7 ULV processors for the real deal - the standard Core i3, i5, and i7 CPUs - and the $799 starting price for the R705. Add in the aluminum chassis with an internal honeycomb structure, the 66 Wh battery rated for 8.5 hours of life, Intel’s Wireless Display tech (R705-only), a fair handful of ports including HDMI and eSATA, optional SSDs, etc, and you’re looking at one very well equipped ultraportable.

I’m particularly impressed by the R705, which has a Core i3 350M, 4GB of DDR3, a 500GB hard drive, Intel HD graphics, and all of the fun stuff I mentioned before, like the aluminum chassis, WiDi, an integrated DVD burner, and 66 Wh battery, for just $799. Which, for a 3.2lb ultraportable, is pretty impressive. They managed to take a fairly standard mainstream notebook and stuff it into a case with the same footprint and carrying weight as the MacBook Air (though obviously a bit thicker). The two really impressive things about that? They still managed to put the optical drive in it, and they didn’t have to sacrifice build quality or the aluminum chassis to keep it under a grand.

I do have a couple of concerns though, starting with the heat output - given Toshiba’s history, and the amount of power they’ve packed into such a thin and light enclosure, I wouldn’t be surprised at all if it got hot enough to double as a mini-stovetop. Okay, maybe that’s a slight exageration, but it won’t be the coolest running notebook on the block for sure. Also, given the price, the LCD panel is bound to be a disappointment (I’d be shocked if it wasn’t.) But against the competition, the R700 cuts a figure that’s somehow smaller and faster while still being reasonably priced, which makes it ideal for on the go users.

You’ll hear more about this one later, but for the moment, here are the relevant details: 12” screen, full power Core i3/i5/i7 processors, 2.9lb starting weight (4 cell battery), 3.5 lbs with a 9 cell battery rated at an astounding 12 hours of runtime, and the legendary ThinkPad build quality. It lost out to the Toshiba for being about $500 dollars more expensive similarly equipped , not having a DVD drive, and having to choose between a heavier notebook with the 9 cell battery or having less battery life with the 6 cell battery.