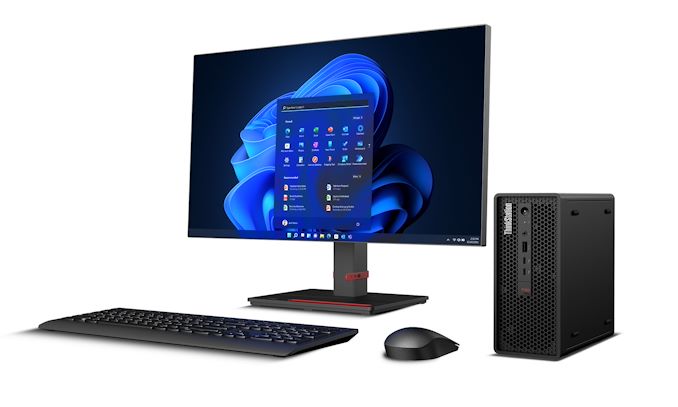 Over the last decade or so, advancements in CPU and GPU architectures have combined extremely well with the relentless march of Moore's Law on the silicon front. Together, these have resulted in hand-held devices that have more computing power than huge and power-hungry machines from the turn of the century. On the desktop front, small form-factor (SFF) machines are now becoming a viable option for demanding professional use-cases. CAD, modeling, and simulation capabilities that required big iron servers or massive tower workstations just a few years back are now capable of being served by compact systems.

Today, Lenovo is also entering the SFF workstation PC market with its ThinkStation P360 Ultra models. The company already has tiny workstations that do not include support for discrete GPUs, and that is fixed in the new Ultra systems. Featuring desktop Alder Lake with an Intel W680 chipset (allowing for ECC RAM option), these systems also optionally support discrete graphics cards - up to NVIDIA RTX A5000 Mobile. Four SODIMM slots allow for up to 128GB of ECC or non-ECC DDR5-4000 memory. Two PCIe Gen 4 x4 M.2 slots and a SATA III port behind a 2.5" drive slot are also available, with RAID possibility for the M.2 SSDs. Depending on the choice of CPU and GPU, Lenovo plans to equip the system with one of three 89% efficiency external power adapters - 170W, 230W, or 300W. 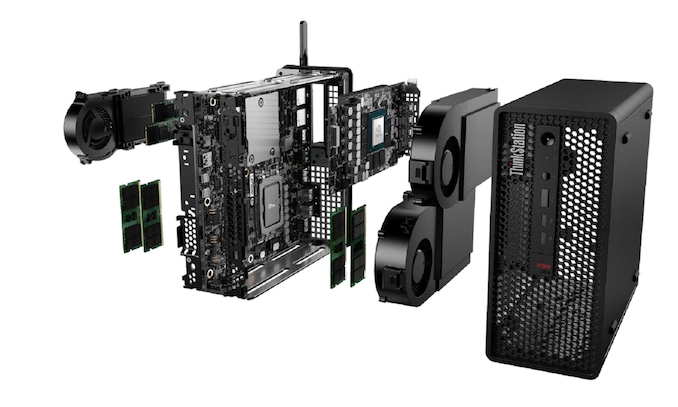 With dimensions of 87mm x 223mm x 202mm, the whole package comes in at 3.92L. In order to cram the functionality into such a chassis, Lenovo has employed a custom dual-sided motherboard with a unique cooling solution, as indicated in the teardown picture above. A blower fan is placed above the two M.2 slots to ensure that thte PCIe Gen 4 M.2 SSDs can operate without any thermal issues. 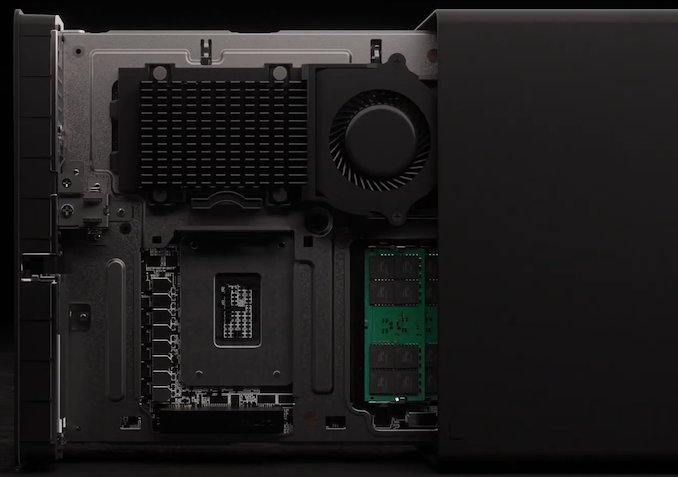 As is usual for Lenovo's business / professional-oriented PCs, these systems are tested to military grade requirements and come with ISV certifications fro companies such as Autodesk, ANSYS, Dassault, PTC, Siemens, etc. Pricing starts at $1299 for the base model without a discrete GPU.

The ThinkStation P360 Ultra joins Lenovo's already-announced P360 Tiny and the P360 Tower models. The P360 Tiny doesn't support powerful discrete GPUs (capable of handling workstation workloads), while the P360 Tower goes overboard with support for 3.5" drives, and up to four PCIe expansion cards, along with a 750W PSU. Most workstation use-cases can get by without all those bells and whistles. Additional options for the end consumer are always welcome, and that is where the P360 Ultra comes into play.