Intel’s Chief Revenue Officer: We have Silicon, but Shortages in Wi-Fi, Substrates, Panels 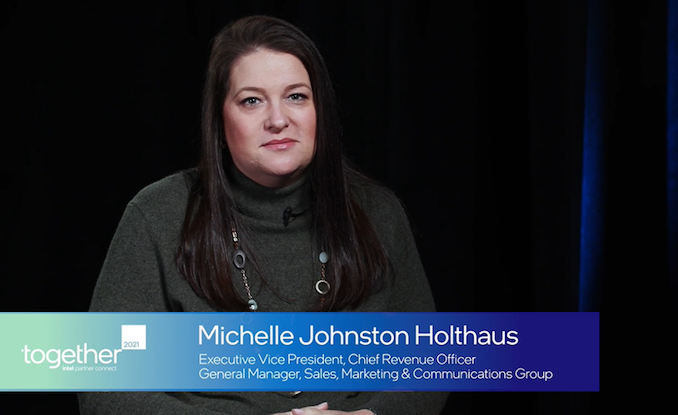 One of the key commentaries about the current semiconductor shortages is around where exactly the bottlenecks are. The traditional interpretation of a semiconductor shortage implies that not enough silicon can be made, but over the last few months a number of companies have pointed to post-silicon production, such as testing and packaging, causing some of the issues. To the best of our knowledge, none of the companies affected by the shortages are specifically pointing at partner companies or specific supply chain areas where there is a bottleneck, however there have been a number of comments focused in the direction of packaging, substrates, and the specialist films involved for high performance compute.

AnandTech has learned that at its Partner Connect 2021 event recently, Intel Chief Revenue Officer Michelle Johnston Holthaus expanded the dimensions to which the supply chain is causing the semiconductor shortage for Intel's partners. During the event Keynote, as part of a planned Q&A session with the host John Kalvin (Intel GM of Scale and Partner Organization), Holthaus expanded on the commentary surrounding Intel’s silicon flow and where the supply chain bottlenecks are for Intel and associated partners.

Holthaus states that due to Intel’s investment over the last three years to increase silicon output on its leading edge process technologies, it has doubled its silicon production, and continuing to invest in that area of the business. However the industry has increased in PC units by 33%-50% over the past two years, and other ancillary ecosystem components are now in short supply, including substrates as previously mentioned, but Holthaus also notes that Wi-Fi modules and display panels are also part of that ecosystem limitation. The company has plenty of silicon waiting to be packaged apparently, but partners looking for a complete set of components for complex machine integration are having additional difficulty,

As part of the discussion, Holthaus highlights Intel’s multi-decade approach to working with its component ecosystem partners to drive volume, however despite Intel increasing its silicon volumes by such a large amount, it would appear that the ecosystem partner investment was not of the same order of magnitude. 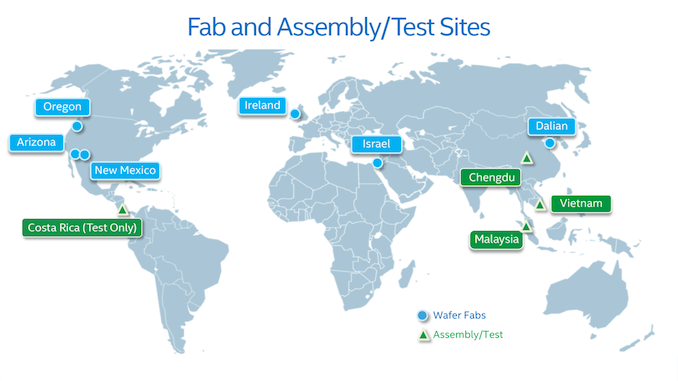 Despite Intel being an integrated device manufacturer (IDM, as CEO Pat Gelsinger is promoting) and aiming for complete vertical integration, much like TSMC and Samsung, Intel is still at the whim of parts of the supply chain it doesn’t control. While Intel may have investments in those areas of the supply chain, they need to be stepped up in line with the rest of Intel’s business. TSMC’s Chairman Mark Liu said in a recent 60 Minutes segment regarding the current semiconductor shortage that the timescales for these investments are longer than people realise – currently TSMC can meet the minimum requirement for its customers, but shortages will last for a good 6-9 months for automotive, for example.

Intel this week announced a $3.5 Billion USD investment in its 3D packaging technologies in Rio Rancho, New Mexico. However this production line is for future technologies and is not expected to be operational until late 2022.

The full comments by Intel CRO Michelle Johnston Holthaus have been transcribed below.

Supply has been a topic since 2019, really since the end of 2018. Intel continues to increase our capacity by two fold over those years. We’re continuing to build more and more, amd we’re continuing to increase our investments in CapEx as you heard Pat talk about. The real thing here is that demand continues to be strong and with COVID and the pandemic it has gotten even stronger.

We’ve seen that the PC has become essential to the way people work and interact on a daily basis. We don’t see that changing. We’re up to over a million PCs being shipped a day. That is massive TAM growth when you think about where we were in 2018 to where we are now, we’re now up 75-100m units in TAM in a very short amount of time. The good news is that with our investments at Intel and our increases in capacity, we can build the die to be able to supply well over market demand.

But what we’re now seeing is that there are new industry and ecosystem challenges where the rest of the component ecosystem can’t keep up. Whether it’s Wi-Fi components, substrates, panels, those are now kind of the bottleneck to the next level of explosive growth. So you might be able to find a CPU, but you may not be able to find a panel, or a battery, or some other component to actually be able to finish that kit.

We have plenty have silicon dies and I want everyone to know that those investments are absolutely paying off, and now we have got to go work on all the ecosystem pieces. We understand those shortages cause a lot of stress and a lot of frustration and we’re doing everything we can to maximize our mix, our output, so that our customers and partners can deliver what they have committed to their shareholders and partners. Pat is 100% committed to continuing to invest.