Not only did Intel unveil its Z490 motherboard chipset for Intel's 10th generation desktop processors, but it also announced its more budget-friendly chipsets. Biostar has announced two new micro-ATX H410 models, the H410MHG, and the H410MH, aimed at the low cost and high volume market. Both with simplistic designs and budget-friendly controller sets, both models include Realtek Gigabit networking, Realtek ALC887 HD audio codecs, as well as four SATA ports and a single PCIe 3.0 x4 M.2 slot. 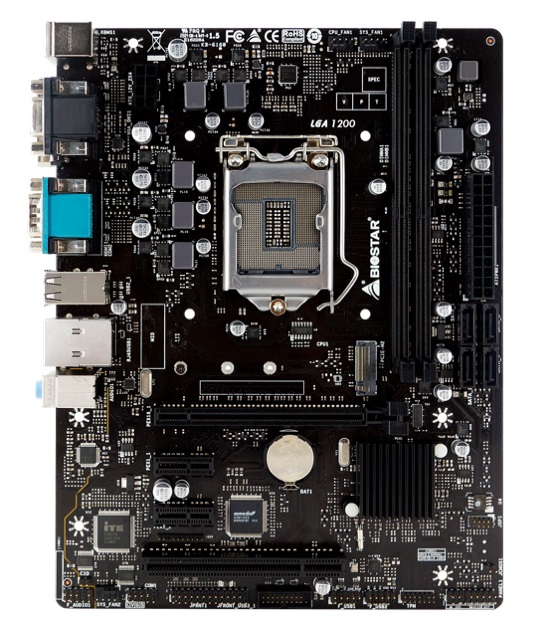 Starting with the higher-specification of the two new H410 models from Biostar, the H410MHG includes TPM technology which adds hardware-based security functionality designed for cryptographic operations. In regards to PCIe, it consists of a single full-length PCIe 3.0 x16 slot, two PCIe 3.0 x1 slots, and a single PCI slot. There are four straight-angled SATA ports below the 24-pin 12 V ATX motherboard power input, while a single 8-pin 12 V ATX input provides power to the CPU. On the rear panel is two USB 3.2 G1 Type-A, and four USB 2.0 ports, with an HDMI, DVI-D and VGA port allowing users to use Intel's integrated UHD graphics. A COM port, a PS/2 mouse and PS/2 keyboard port are also present for users looking to use legacy peripherals. For cooling, the H410MHG also has three 4-pin fan headers, one for a CPU fan, and two for chassis fans. 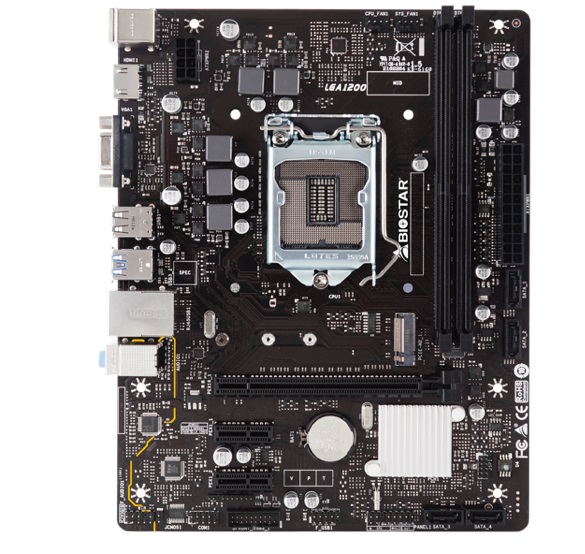 The Biostar H410MH has a single full-length PCIe 3.0 x16 slot, and two PCIe 3.0 x1 slots, with four SATA straight-angled SATA ports, and offers a slightly lighter rear IO panel. It includes separate PS/2 keyboard and mouse ports, two USB 3.2 G1 Type-A, four USB 2.0 ports, and two video outputs consisting of HDMI and VGA. For the cooling, it has just two 4-pin headers with one dedicated for a CPU fan, and the other for a chassis fan.

Shared across both models includes the memory and networking support, with a Realtek RTL811H Gigabit Ethernet controller, and two memory slots with support for up to 64 GB of DDR4-2933 memory. The H410MHG and H410MH also feature a Realtek ALC887 HD audio codec which provides three 3.5 mm audio jacks on the rear panel, as well as a single PCIe 3.0 x4 M.2 slot with support for both NVMe and SATA drives.

Although Biostar hasn't announced pricing or availability for the H410MHG and H410MH models, likely, they won't be too expensive. Designed more for cost-focused users looking for a foundation while leveraging the power of Intel's 10th generation processors, both of these micro-ATX H410 models include access to the Biostar VIP Care portal for additional support from Biostar.