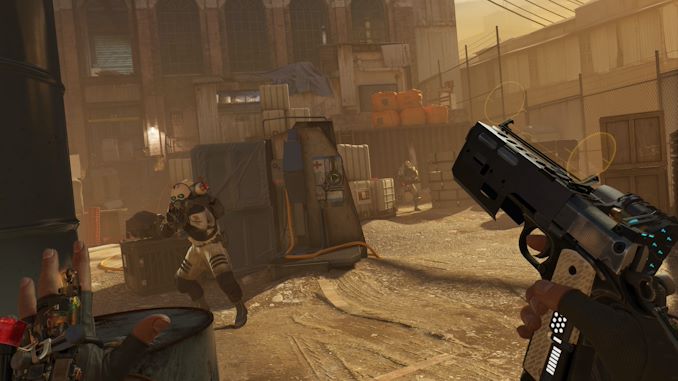 Being, perhaps, the most anticipated virtual reality game to date, Valve’s Half-Life: Alyx is expected to greatly increase interests towards VR gaming and VR hardware. In a bid to attract attention to their latest hardware, HTC and Valve are both bundling the game with some versions of their headsets.

For a limited time (while supplies last, to be more specific), HTC’s Vive Cosmos Elite bundle for $899/€999 will come with a free digital copy of Valve’s Half-Life: Alyx. Meanwhile, Valve itself will bundle the title with its Index VR headset (which costs $499, or $749 with controllers, or $999 with controllers and additional base stations), or almost any of its additional components, according to The Verge.

Valve’s Half-Life: Alyx is a game that exclusively works with virtual reality headsets and it is compatible with Facebook’s Oculus VR, HTC’s Vive, Microsoft’s Windows Mixed Reality, and Valve’s Index platforms. Since the title is not compatible with non-VR setups, it will inevitably attract fans of the franchise to virtual reality.

Valve says that its Half-Life: Alyx was developed using Index hardware, though bundling the game with HTC’s Vive Cosmos shows that the two companies are still relatively close, a relationship that goes back to the creation of the original Vive headset.