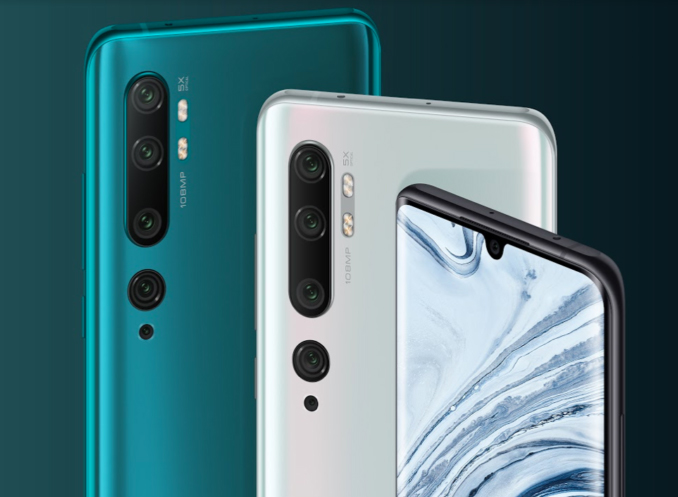 A couple of months back, Samsung announced a new ultra high resolution 108 MegaPixel sensor for smartphone cameras. At the time we didn't know where this sensor would first show up, but now we have our answer: Xiaomi. This week the company is introducing the industry’s first smartphones with a five-module (penta) camera setup, including the 108 MP sensor from Samsung. Dubbed the Mi Note 10 and Mi Note 10 Pro (and in China, the Mi CC9 Pro/Mi CC9 Pro Premium Edition), these new phones are aimed specifically at photographers, with Xiaomi taking an upper-mid-range platform and giving it one of the most extensive camera arrays on the market.

Without any doubts, the key feature of Xiaomi’s Mi Note 10 and Mi Note 10 Pro devices (and their Chinese equivalents) is their five-module rear camera featuring Samsung’s ICOCELL bright HMX 108 MP wide-angle 1/1.33-inch sensor with a 4-axis OIS, 4-in-1 pixel binning, and a 7-piece lens assembly (an 8-piece in case of the Pro model). In addition to the gargantuan 108 MP sensor, the camera array also has a 20 MP 117º ultra-wide-angle module, a 12 MP telephone module, a 5 MP telephoto module for 10x hybrid and 50x digital zoom, and a 2 MP macro camera. The whole camera setup is equipped with a quad-LED dual-tone flash. And along with the main camera, the smartphones come with a 32 MP 'waterdrop' selfie camera. 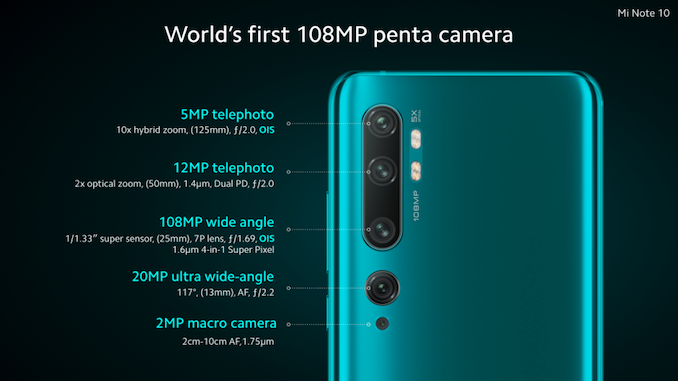 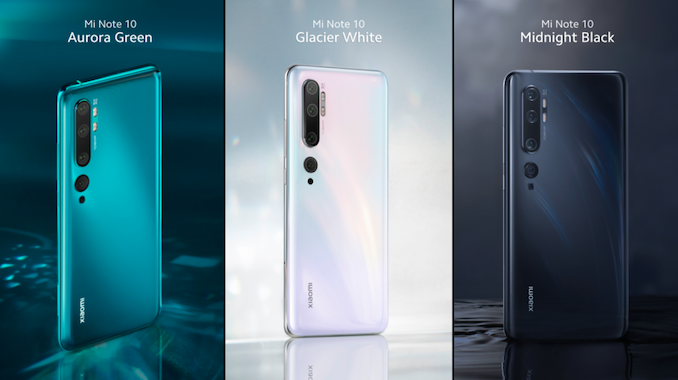 Rounding out the package, the new phones feature 4G/LTE, Wi-Fi 5, Bluetooth 5.0, a USB 2.0 Type-C connector, an under-display fingerprint reader, as well as all the other essential features that we come to expect in late 2019. However as these aren't full flagship-level phones, you won't find much in the way of advanced features: the phones aren't listed as dust and water resistant, there's no wireless charging, and they do not have a microSD card slot (which is a bit odd given the target audience).

Xiaomi's Mi Note 10 smartphone will be available in Midnight Black, Aurora Green, and Glacier White in Europe starting mid-November for €549. The Mi Note 10 Pro model will be priced at €649. 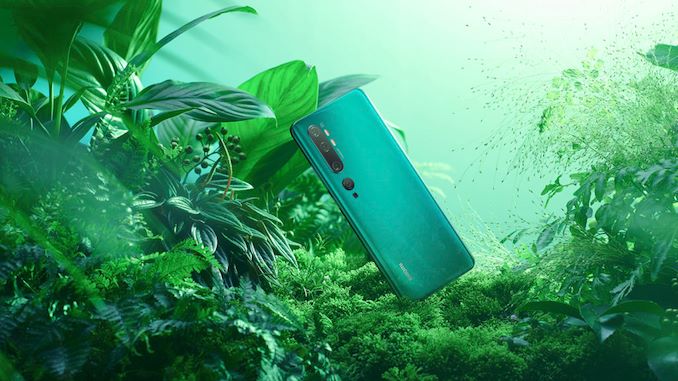