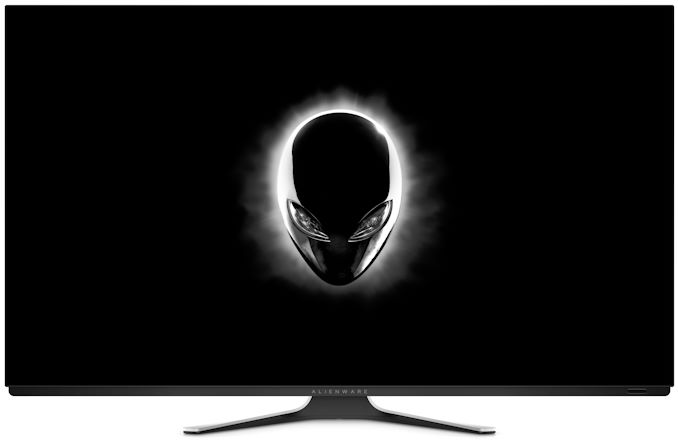 Today at Gamescom, Dell has officially launched its new flagship OLED gaming monitor, the Alienware 55. First demonstrated back at Computex, the display uses a 4K OLED panel featuring a 120 Hz refresh rate, making it among the fastest 4K monitors available. The Alienware 55 supports AMD’s FreeSync variable refresh rate technology, which is what sets the monitor apart from OLED UHDTVs, yet not in its HDR implementation.

The Alienware 55 is based on a 55-inch OLED panel featuring a 3840x2160 resolution, 400 nits peak brightness, a 130,000:1 contrast ration, a 0.5 ms gray to gray response time, as well as a 120 Hz maximum refresh rate. The screen can reproduce 98.5% of the DCI-P3 color gamut, which is comparable to accuracy of professional LCD displays. The monitor also has an anti-reflective coating with 2H hardness for additional clarity when used in bright days.

The key feature set of the Alienware 55 is a combination of its technologies as well as its size. OLED computer displays are rare in general, and this one is the industry’s first OLED monitors for gamers. The product is not without caveats though: despite the use of OLED technoloy, this is not an HDR monitor. In fact, Dell says nothing about Alienware’s 55-incher supporting HDR10 or Dolby Vision transports; so regardless of what the panel can do, it would appear that the monitor itself doesn't support any HDR input formats.

The Alienware 55 comes with three HDMI 2.0 inputs as well as one DisplayPort 1.4 connector,

Update: Dell has gotten back to us, confirming that their original spec sheet was wrong, and that the monitor comes with DisplayPort 1.4 rather than 1.2. So the display does in fact have enough bandwidth for 4K@120Hz with 8bpc color.

Moving on, the display has a quad-port USB 3.1 Gen 1 hub, a headphone output, and an S/PDIF line out. When it comes to audio, the display has two 14 W speakers that were co-designed with Wave Maxx Audio.

Just like other large displays, the Alienware 55 comes with a remote control to adjust brightness, regulate audio and perform other operations. 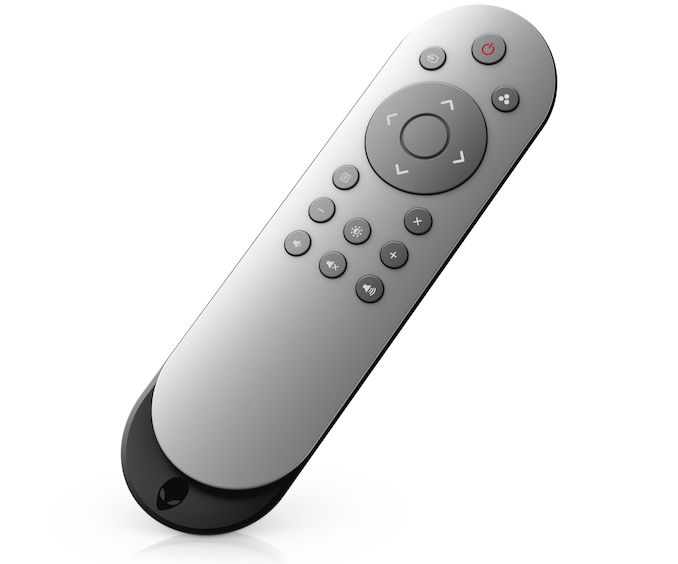 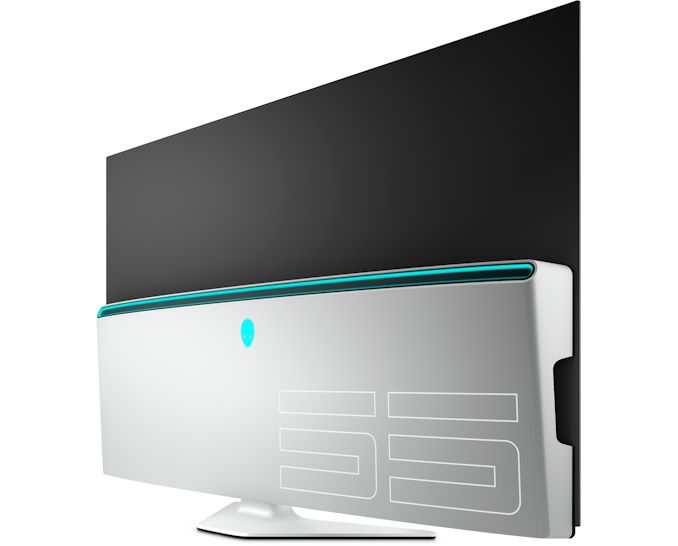