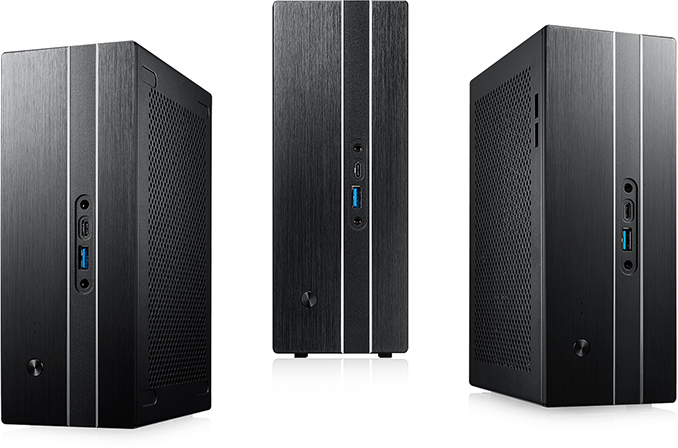 As the name suggests, the ASRock DeskMini GTX Z390 is based on a motherboard running Intel’s Z390 chipset and featuring multiple enhancements compared the previous generation ASRock DeskMini GTX Z370. The new SFF PC supports Intel’s processors with up to 95 W TDP, including the top-of-the LGA1151 range Core i9-9900K. Also upgraded is the power delivery - in a bid to ensure stable operation of Intel’s latest CPUs and increase overclocking potential of memory subsystem to DDR4-4000+, the Z390M-STX MXM motherboard design features a 5+1-phase CPU VRM compared to the 3+1 design on Z370. The new DeskMini GTX Z390 also has two USB 3.1 Gen 2 ports supporting up to 10 Gbps speed: a Type-C on the front and a Type-A on the back. 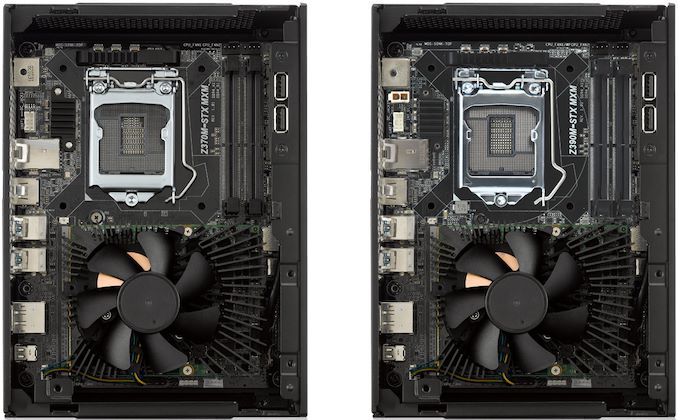 When it comes to expandability, just like before, the new Z390M-STX MXM motherboard has an MXM Type B+ slot supporting up to NVIDIA GeForce GTX 1080 8 GB graphics modules. As for storage, the DeskMini GTX Z390 has three M.2 slots supporting PCIe 3.0 x4 SSDs as well as two 2.5-inch bays for various storage devices.

In addition to the DeskMini GTX Z390, ASRock also added the DeskMini GTX B360 to the lineup. The latter also has a 5+1-phase CPU VRM and supports Intel’s 8th and 9th Gen Core processors with up to 65 W TDP, but naturally does not support overclocking and some other perks of the enthusiast-class machine (e.g., less PCIe lanes, so different M.2 configuration; no aRGB header, etc.).