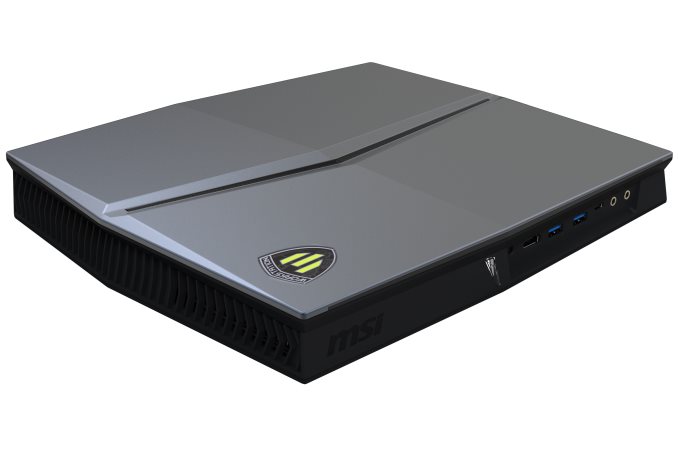 MSI has announced updates to its mobile workstation lineup infusing them with Coffee Lake CPUs and Quadro based graphics cards as well as introducing a new pint-sized (Liter size, 2.5L to be exact) desktop named the Vortex W25. The Vortex W25 is based off the Vortex PC G25 desktop using the same chassis but with different lighting schemes externally and different hardware internally to set it apart from its gaming DNA.

The Vortex W25 will use one of the latest Intel 8th Generation Core processors in the i7-8700. This 6C/12T processor will run up to 4.6 GHz maximum turbo frequency on a base of 3.2 GHz. Xeon CPUs are not offered and with that ECC memory support is non-existent. The unit is kept cool by MSI’s Cooler Boost Titan thermal solution with copper heatpipes and multiple fans to remove the heat from the system. The Z370 based motherboard inside has four SO-DIMM slots supporting up to 64GB DDR4-2400 memory as well as two M.2 slots supporting both NVMe or SATA based devices. There is a 2.5-inch hard drive bay for additional mass storage. 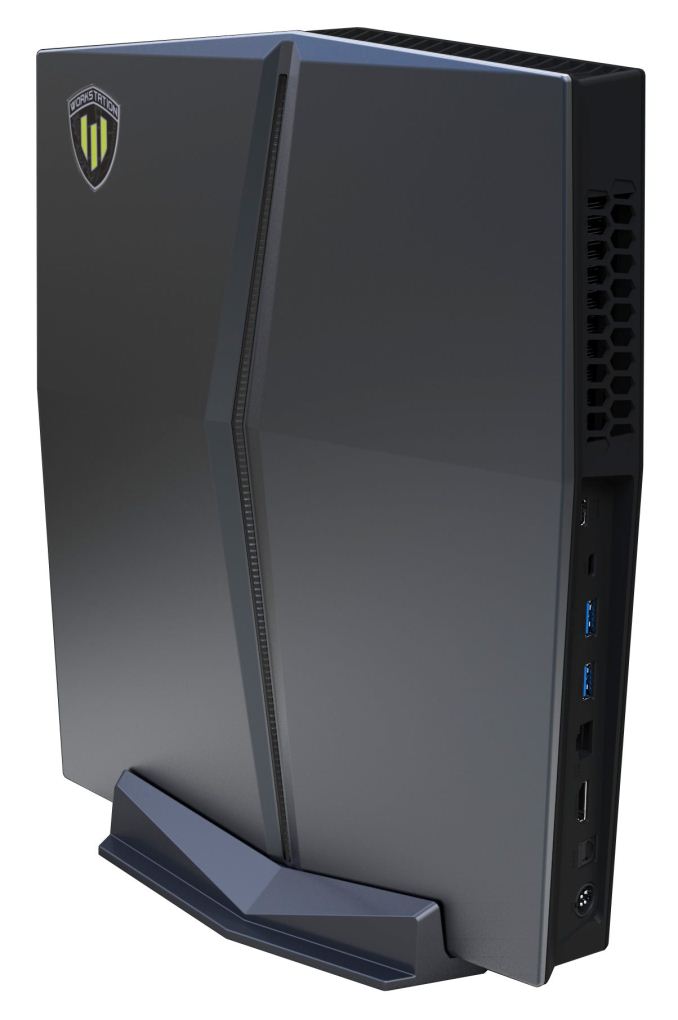 The Vortex W25 has much of the I/O one may expect from a semi-portable and compact workstation. Ports include four USB 3.0 Type-A,  two Type-C ports (one with Thunderbolt 3 support), Gigabit Ethernet, and dual HDMI 2.0 jacks. For wireless connectivity, all variants use the Intel-based 9260 802.11ac 2x2 card with speeds up to 1.73 Gbps as well as Bluetooth 5.0 support.

MSI says the Vortex W25 is available now from Amazon with prices starting at $2049. That said, we were unable to find a listing on Amazon at the time of this writing so we are not sure what hardware configuration that pricing will fetch.

MSI has also shoe-horned in Intel eight-generation processors into its existing WE, WS, and WT-series of workstation laptops. The laptops will use Intel’s HM370 and CM246 chipsets with the HM370 pairing with Coffee Lake-mobile processors and the CM246 will match up with Xeon mobile processors. To that end, we reached out to MSI to see which specific 8th Gen Core and Xeon processors are available, but they did not mention any specifics. Along with the latest Intel processors, MSI is also including NVIDIA Pascal based Quadro professional cards for the portable workstations.

The WE-series laptops with 17.3-inch screens (WE73) are available with Quadro based video cards, up to the P3200 with 6GB GDDR5, while the 15.6-inch (WE63) versions will max out with a P2000 and 4GB GDDR5. I/O on all WExx workstation laptops are the same with a USB3.1 Type-A and Type-C ports, two USB 3.0 ports, Mini-DisplayPort and HDMI (2.0) headers, individual headphone and microphone jacks, and an SD card reader. MSI has also added a fingerprint reader that is Windows Hello certified for increased security. 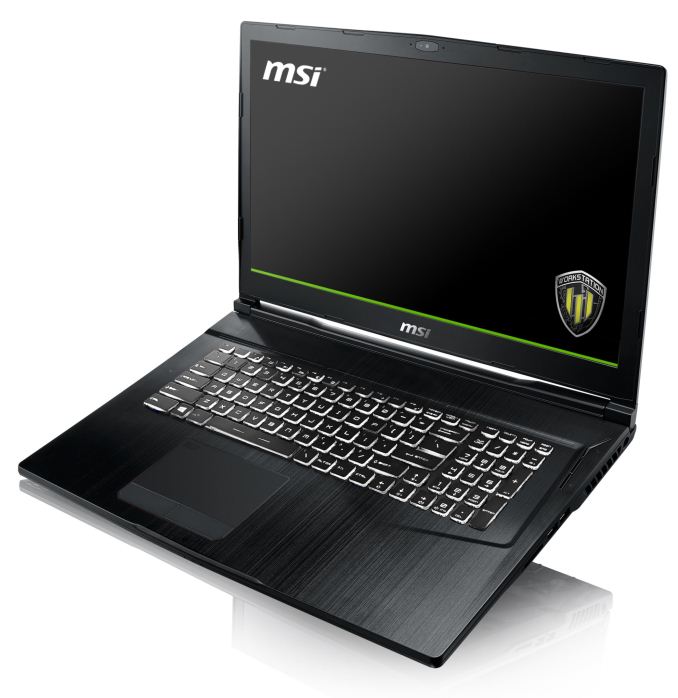 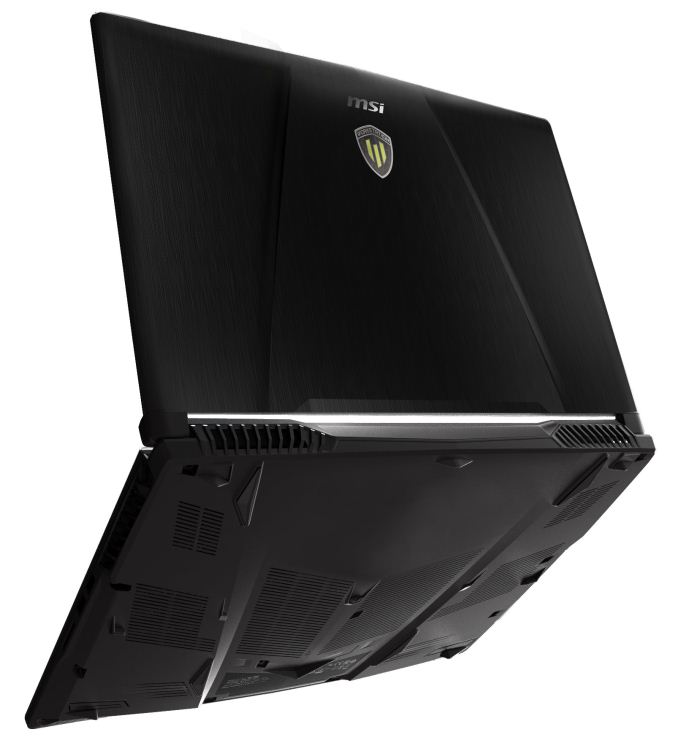 Both the WE73 and WE63 have two monitor options, a 4K UHD option, or an FHD option. The WE73’s 4K UHD IPS-level option supports 100% AdobeRGB while the WE63’s UHD panel, also IPS-level supports 72% of NTSC color gamut.

The WE63/73 will be available this summer - pricing was not listed.

The WS63 is a bit smaller than the WExx series of laptops and is said to be a good balance between portability and performance. Its design looks more like a business/professional laptop as opposed to a gaming device without the flare. Inside the WS63 will also be an unnamed Intel 8th Gen Core processor or Xeon based processors. The WS63 is able to support up to 32 GB DDR4 RAM (two SO-DIMM slots) as well as a 2.5-inch HDD bay and a single M.2 slot supporting both NVMe PCIe and SATA based modules.

I/O on the WS63 also has a nod towards all the modern amenities and includes a USB Type-C Thunderbolt 3 port, three USB 3.1 ports and a single USB 2.0 port. For video outputs, there are a Mini-DisplayPort (1.2) and HDMI (2.0) jacks along with an RJ-45 port and an SD card reader. Wireless functionality is handled by an IIntel-based design supporting speeds up to 1.73 Gbps and Bluetooth 5.0. The WS63 also integrates a Windows Hello certified fingerprint lock for biometric security as well as Intel’s vPro technology for enterprise-level security management.

The WS63 will be available this summer - pricing was not listed.

The WT75 is MSI’s flagship workstation laptop, taking the chassis from the GT73 series gaming laptops losing the gaming aesthetics and going with black chassis color and dropping in a mix of Xeon/Quadro hardware for a powerhouse workstation laptop. The internals a is based on the C246 chipset and supports both Coffee Lake-S i7’s and Xeon (w/ vPro support). The larger laptop has four SO-DIMM slots and can support DDR4 up to 64 GB (ECC support on Xeon processors only). The WT75 is able to support three M.2 based devices (2 x NVMe PCIe/SATA, 1 x NVMe/PCIe only) along with two 2.5-inch bays for SATA HDDs. 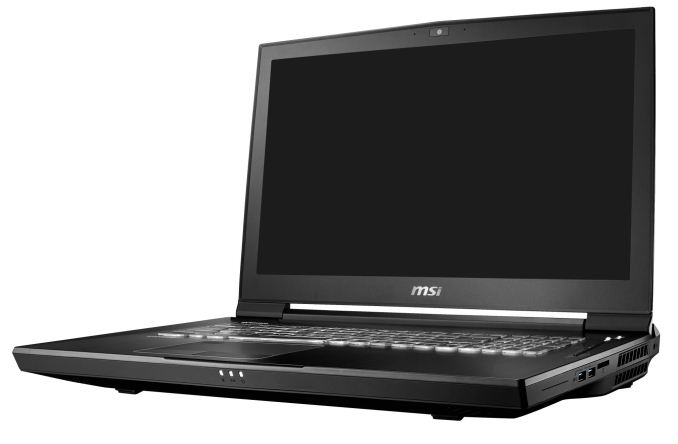 As far as I/O on the WT75, we will find a couple more options than what we have seen on the smaller devices. Here we have a single USB Type-C Thunderbolt 3 port and five USB 3.0 Type-A ports for USB. Like its workstation brothers, there is a Mini-DisplayPort (1.4) as well as an HDMI (2.0) port for video. Additionally, there are separate microphone and headphone jacks, along with an S/PDIF output. There is an RJ-45 port for wired networking while wireless is again handled by one of the latest Intel devices with speeds up to  1.73 Gbps and Bluetooth 5.0 support. Additionally, we can find a smart card reader and SD card reader rounding out the I/O. The WT75 also integrates a Windows Hello certified fingerprint lock for biometric security as well as Intel’s vPro technology for enterprise-level security management. 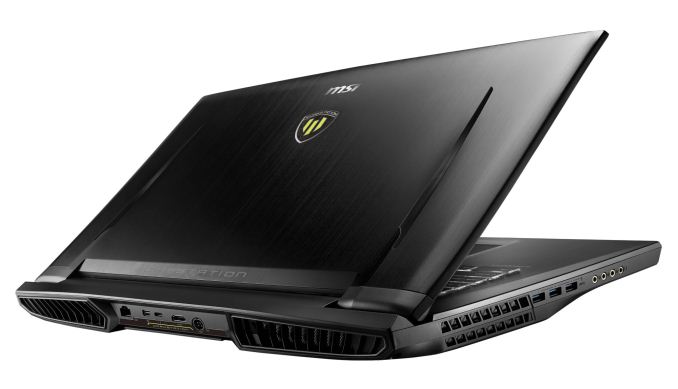 The WT75 will be available this summer - pricing was not listed.