AMD to Ramp up GPU Production, But RAM a Limiting Factor 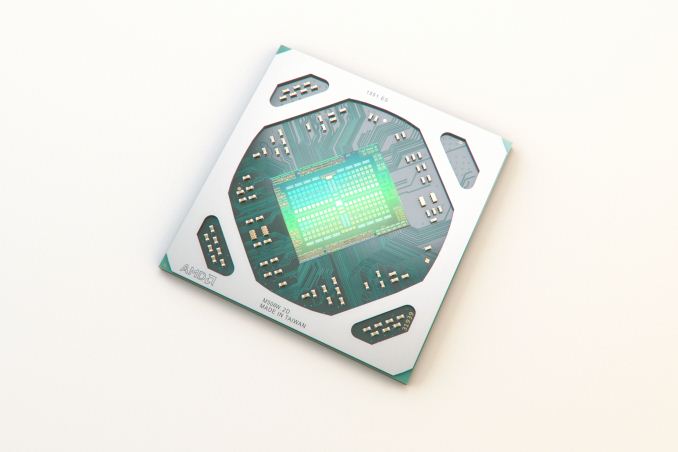 One of the more tricky issues revolving around the GPU shortages of the past several months has been the matter of how to address the problem on the GPU supply side of matters. While the crux of the problem has been a massive shift in demand driven by a spike in cryptocurrency prices, demand has also not tapered off like many of us would have hoped. And while I hesitate to define the current situation as the new normal, if demand isn’t going to wane then bringing video card prices back down to reasonable levels is going to require a supply-side solution.

This of course sounds a lot easier than it actually is. Ignoring for the moment that GPU orders take months to process – there are a lot of steps in making a 16nm/14nm FinFET wafer – the bigger risk is that cryptocurrency-induced GPU demand is not stable. Ramping up GPU production means gambling that demand will stay high enough long enough to absorb the additional GPUs, and then not immediately contract and have the market flooded with used video cards. The latter being an important point that AMD got burnt on the last time this happened, when the collapse of the cryptocurrency-prices and the resulting demand for video cards resulted in the market becoming flooded with used Hawaii (290/390 series) cards.

Getting to the heart of matters then, in yesterday’s Q&A session for their Q4’2017 earnings call, an analyst asked AMD about the current GPU supply situation and whether AMD would be ramping up GPU production. The answer, much to my surprise, was yes. But with a catch.

Q: I just had a question on crypto, I mean if I look at the amount of hash compute being added to Ethereum in January I mean it's more than the whole of Q4, so we have seen a big start to the Q1. […] And is there any sort of acute shortages here, I man can your foundry partners do they have the capacity to support you with a ramp of GPUs at the moment and is there enough HBM2 DRAM to source as well?

A: Relative to just where we are in the market today, for sure the GPU channel is lower than we would like it to be, so we are ramping up our production. At this point we are not limited by silicon per se, so our foundry partners are supplying us, there are shortages in memory and I think that is true across the board, whether you are talking about GDDR5, or you’re talking about high bandwidth memory. We continue to work through that, with our memory partners and that will be certainly one of the key factors as we go through 2018.

So yes, AMD is ramping up GPU production. Which is a surprising move since they were burnt the last time they did this. At the same time however, while cryptocurrency demand has hit both major GPU manufacturers, AMD has been uniquely hit as they’re a smaller player less able to absorb rapid changes in demand, and, more importantly, their GPUs are better suited for the task. AMD’s tradition of offering more memory bandwidth and more raw FLOPS than NVIDIA at any competing price point, coupled with some meaningful architectural differences, means that their GPUs are in especially high demand by cryptocurrency miners.

But perhaps the more interesting point here isn’t that AMD is increasing their GPU production, but why they can only increase it by so much. According to the company, they’re actually RAM-limited. They can make more GPUs, but they don’t have enough RAM – be it GDDR5 or HBM2 – to equip all of the cards AMD and board partners would like to make.

This is an interesting revelation, as this is the first time memory shortages have been explicitly identified as an issue in this latest run-up. We’ve known that the memory market is extremely tight due to demand – with multiple manufacturers increasing their RAM prices and diverting GDDR5 production over to DDR4 – but only now is that catching up with video card production to the point that current GDDR5 production levels are no longer “enough”. Of course RAM of all types is still in high demand here at the start of 2018, so while memory manufacturers can reallocate some more production back to GDDR5, GPU and board vendors have to fight with both the server and mobile markets, both of which have their own booms in demand going on, and are willing to pay top dollar for the RAM they need. 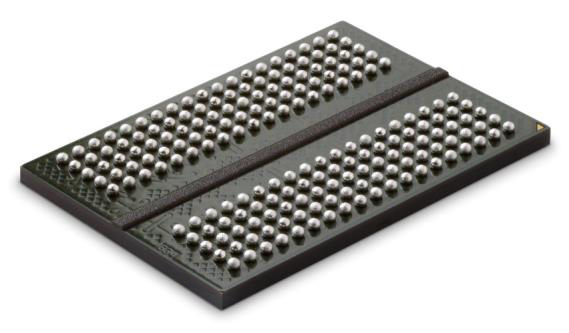 GDDR5: The Key To Digital Gold

In a sense the addition of cryptocurrency to the mix of computing workloads has created a perfect storm in an industry that was already dealing with RAM shortages. The RAM market is in the middle of a boom right now – part of its traditional boom/bust cycle – and while it will eventually abate as demand slips and more production gets built, for the moment cryptocurrency mining has just added yet more demand for RAM that isn’t there. Virtually all supply/demand problems can be solved through higher prices – at some point, someone has to give up – but given the trends we’ve seen so far, GPU users are probably the most likely to suffer, as traditionally the GPU market has been built on offering powerful processors paired with plenty of RAM for paltry prices. Put another way, even if the GPU supply situation were resolved tomorrow and there were infinite GPUs for all, RAM prices would be a bottleneck that kept video card prices from coming back down to MSRP.

With all that said, however, AMD’s brief response in their earnings call has been the only statement of substance they’ve made on the matter. So while the company is (thankfully) ramping up GPU production, they haven’t – and are unlikely to ever – disclose just how many more GPUs that is, or for that matter how much RAM they expect they and partners can get for those new GPUs. So while any additional production will at least help the current situation to some extent, I would caution against getting too hopeful about AMD’s ramp-up bringing the video card shortage to an end.