01:51PM EDT - I'll have some more info coming later along with hands on with some of the products

01:51PM EDT - not so much Windows but that's not surprising since the big Windows news was last year 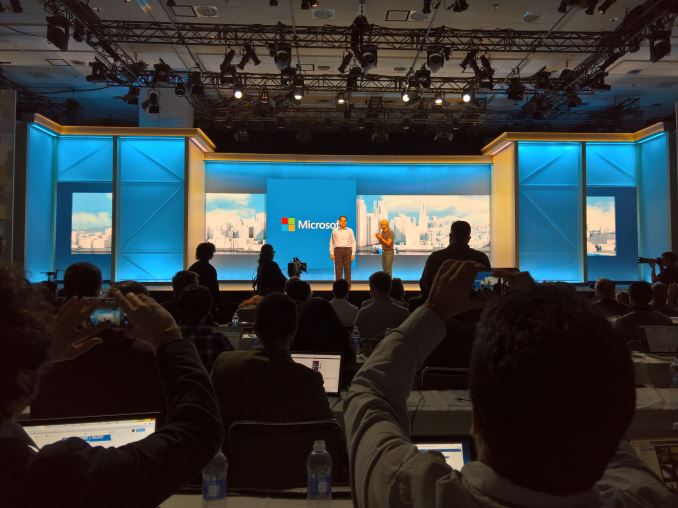 01:49PM EDT - demo video of a blind software engineer at Microsoft using the Intelligence services to write an app which can analyze an image in real time to tell him what is going on where he is looking

01:42PM EDT - showing off the capture bot and how it can determine context from an image

01:40PM EDT - showing off the new APIs for cognitive services 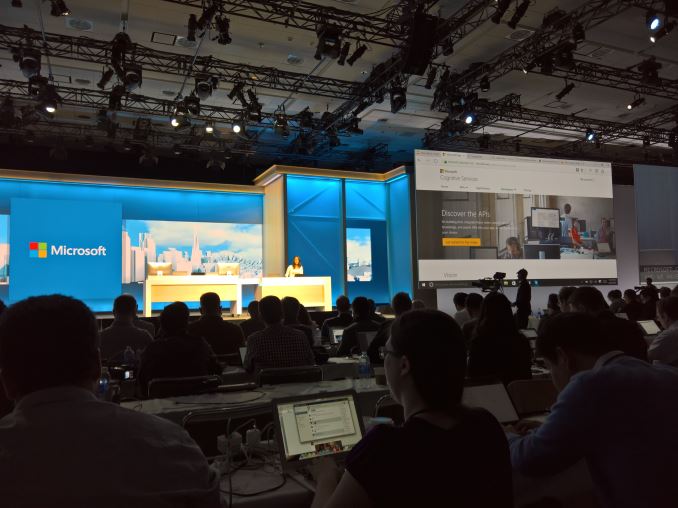 01:38PM EDT - over time the bot should learn more and need to do that less

01:38PM EDT - showing how a bot can hand off to a human if it doesn't understand the question

01:36PM EDT - Lots of talk about natural language with bots

01:30PM EDT - showing off a simple bot in Visual Studio that can order a pizza from Dominos 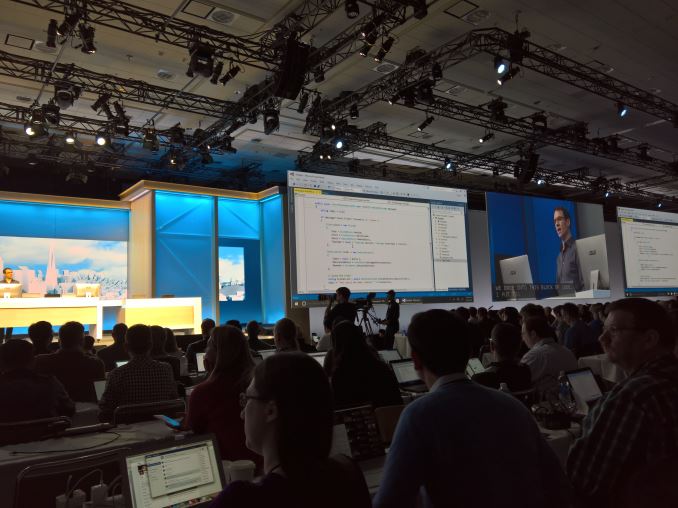 01:28PM EDT - everything you need to get your bots talking

01:25PM EDT - Satya back on stage. "Want all developers to be able to fuse intelligence into their applications" 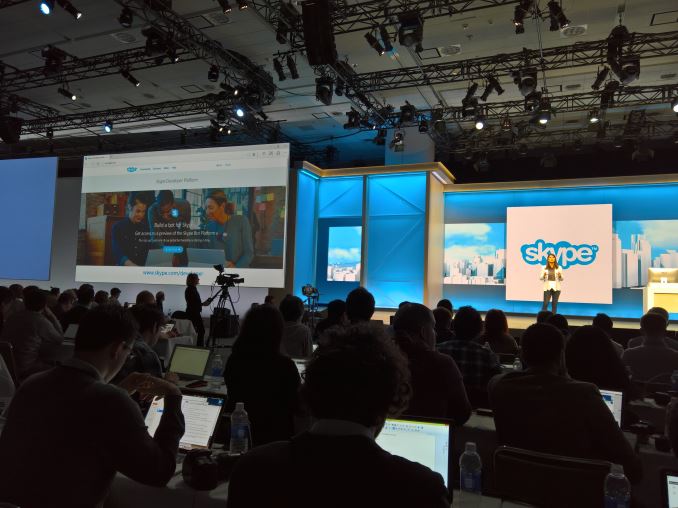 01:23PM EDT - Starting today, consumers will have access to bots in the latest Windows, iOS, and Android apps for Skype

01:21PM EDT - Cortana pre-populates the text to the friend to let them know you will be in town

01:20PM EDT - after booking the hotel, Cortana then suggests to chat with a friend of yours in that city

01:20PM EDT - After seeing an appointment in another city, Cortana suggests connecting with the Westin bot to book a hotel room

01:19PM EDT - the demo looks like its on the new UWP version of Skype

01:18PM EDT - Cortana will send you Skype messages to ask to get things done

01:17PM EDT - talking about adding more abilities from within conversations

01:13PM EDT - lots of insights and actions will be available

01:09PM EDT - extensiblity of Cortana shown off with the ability to book a table at a restaurant or find a tour

01:08PM EDT - Can send text messages from Cortana, Cortana will add info from the text to your calendar if appropriate

01:03PM EDT - Marcus Ash from the Cortana team coming on stage to show off the future plans for Cortana

12:59PM EDT - talking about Tai and how it didn't meet their mark

12:56PM EDT - Wants to bring human language to all platforms

12:52PM EDT - We're almost 90 minutes in and no talk of data lakes yet - sounds like that will be tomorrow

12:47PM EDT - VR works as well, although you'd lose your place in the class 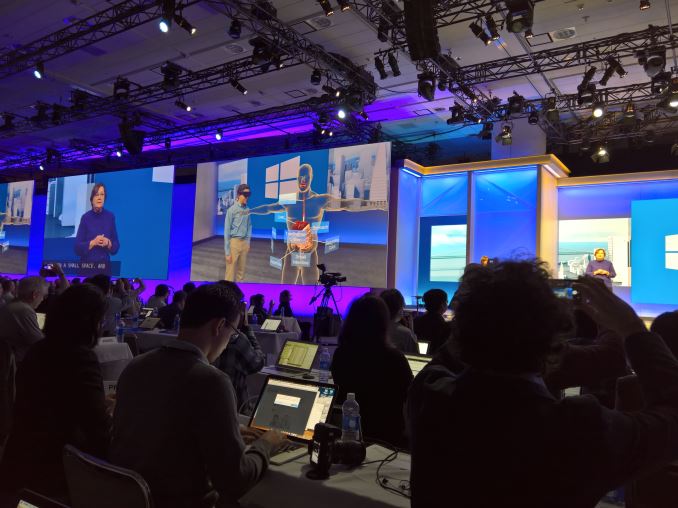 12:44PM EDT - Case Western University will use Hololens as part of the curriculum 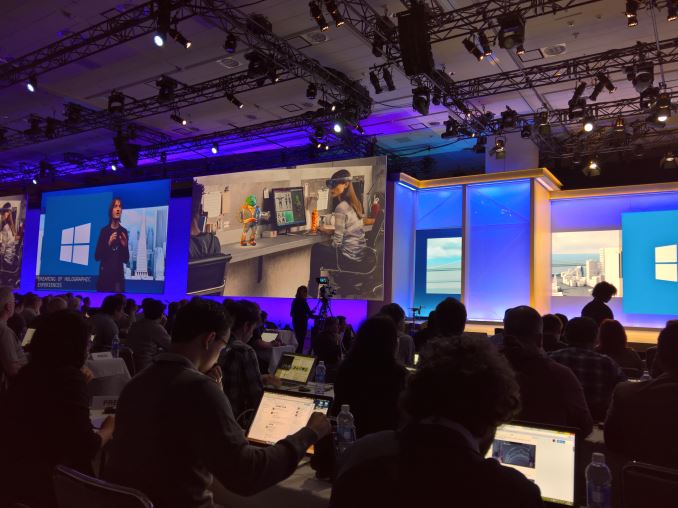 12:41PM EDT - they asked for ideas, and they built Galaxy Explorer

12:39PM EDT - I have a demo of Hololens later today. It's been almost a year so curious to see the updates

12:36PM EDT - anything is better than the current voice interface through Kinect 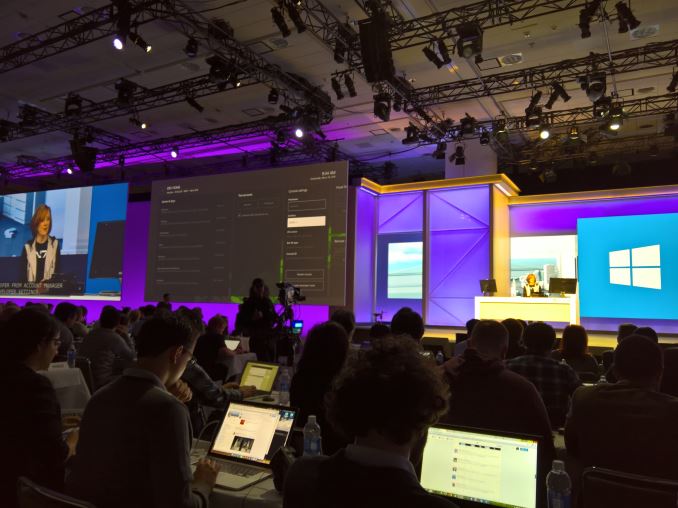 12:33PM EDT - Using Visual Studio, you can remote deploy to the Xbox for testing

12:31PM EDT - can be used by app developers to test their UWP apps

12:30PM EDT - as a demo, they ran Witcher 3 through the same converter to bring it to UWP 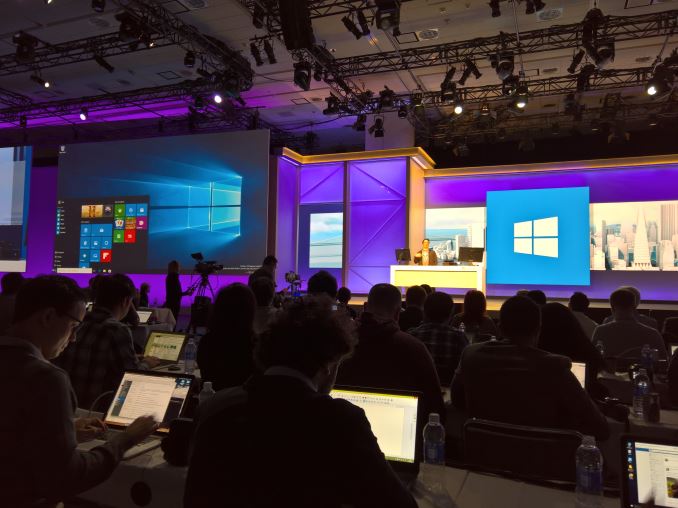 12:27PM EDT - Adding support to disable VSync and adding GSYNC and FreeSync support in May

12:27PM EDT - Phil says UWP will give better performance for games and better safety for users

12:26PM EDT - also I changed the top image since someone said it was too large - refresh your page

12:25PM EDT - Windows 10 is the best platform for Game Developers

12:21PM EDT - Visual Studio has an emulator for Android to help debug and remote designer for iOS

12:20PM EDT - Microsoft bought Xamarin which allows you to code in C# and run on Windows, Android, iOS, and Mac 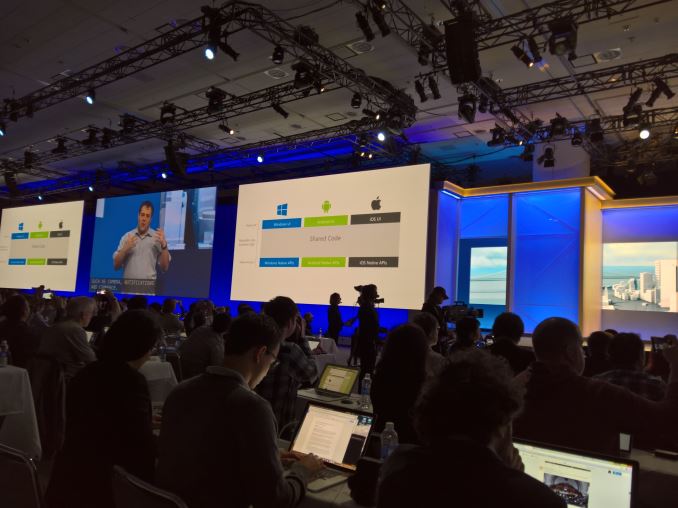 12:18PM EDT - you can then add another project in Visual Studio to handle the UWP things like notifications and live tiles

12:17PM EDT - converting can be done with no change to the original code

12:12PM EDT - Android bridge was also a subsystem even though it's dead now

12:12PM EDT - this is a subsystem, not the first to be added to WIndows

12:10PM EDT - software ruler sounds gimmicky but that's been one of my struggles when using the pen 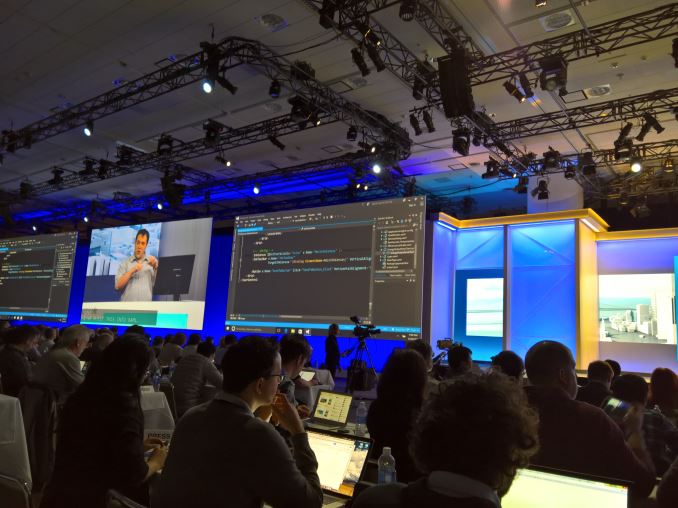 12:08PM EDT - "we want all devs to be able to quickly and easily add ink to their code"

12:08PM EDT - and some neat layering with lighting 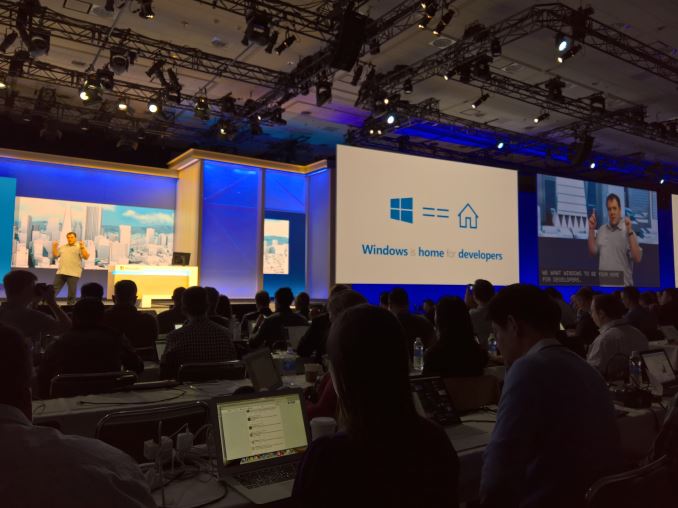 12:06PM EDT - can't be a developer conference without code in the keynote right? 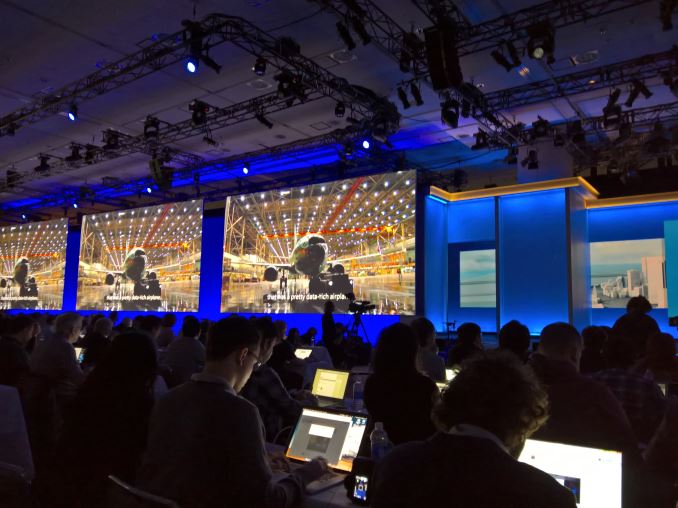 12:04PM EDT - Facebook bringing their App SDK to UWP too 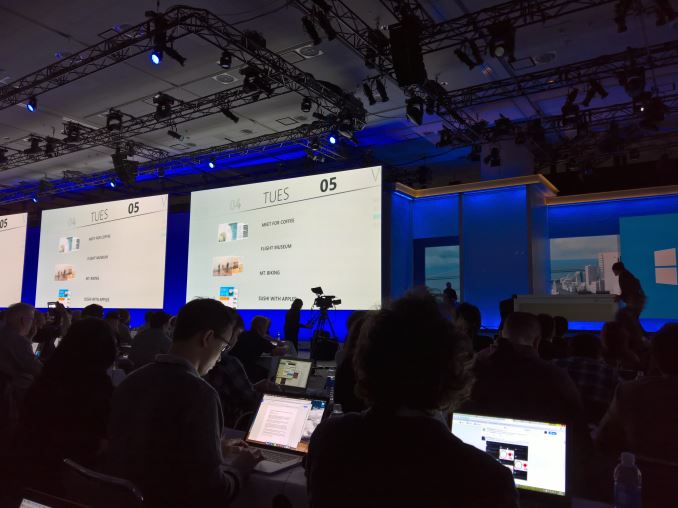 12:01PM EDT - Microsoft is very bullish on inking. It's not something I use much but Josh likes it on the iPad

12:00PM EDT - Adobe shown off with software stencils being used with the pen

12:00PM EDT - software ruler being showed in PowerPoint now to line up images

11:58AM EDT - can draw a line on a map and the map will show you the distance

11:57AM EDT - likely there's a security option to not allow this

11:57AM EDT - Inking is available above the lock screen

11:56AM EDT - Sketchpad has a software ruler

11:55AM EDT - when he wrote call mom tomorrow, tomorrow was recognized and Cortana added it as a reminder

11:53AM EDT - pushing the pen button now lets you launch the Ink Workspace

11:52AM EDT - Bryan just showed off Edge and Hello integration 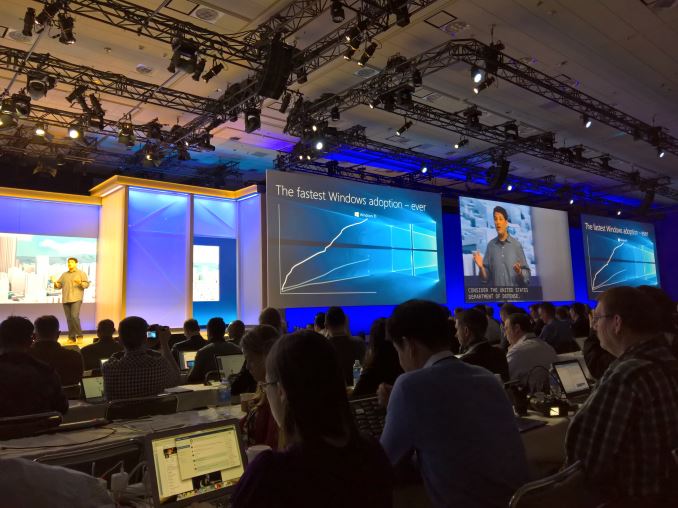 11:50AM EDT - Bryan Roper now on stage to show off the new update

11:49AM EDT - Edge will support Windows Hello for Authenitcation

11:49AM EDT - this was previously code named Redstone

11:48AM EDT - Windows 10 Anniversary Update coming this summer to all Windows 10 users

11:46AM EDT - Discussing going beyond the GUI and mouse and keyboard 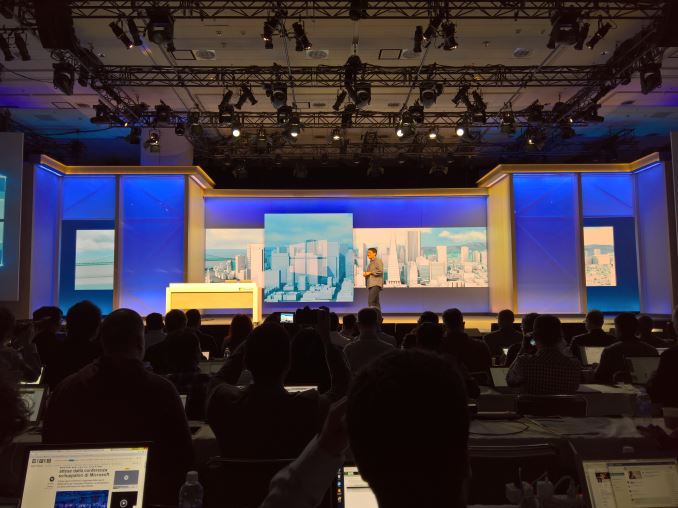 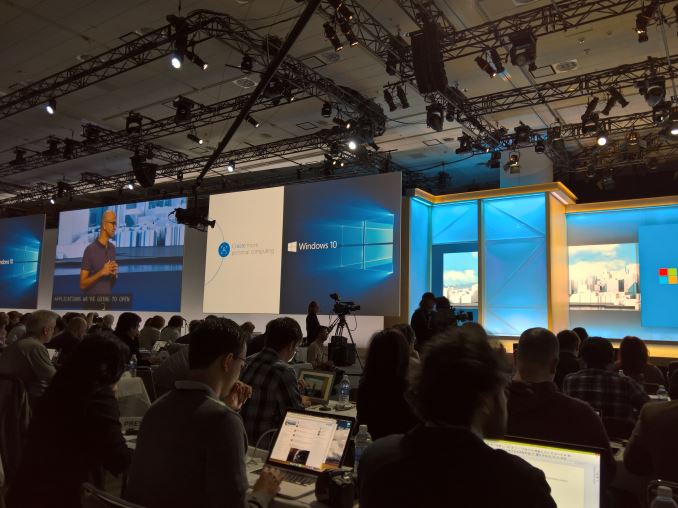 11:42AM EDT - new categories of devices including IoT

11:41AM EDT - Windows 10 is the fastest growing version of windows with consumers and enterprises

11:40AM EDT - building in Azure gives you access to over 5 million businesses already in Azure AD

11:39AM EDT - we are building three interconnected platforms

11:39AM EDT - for us mobile first is the mobility of the experience

11:37AM EDT - Have to make choices to ensure that the way we use technology helps us make progress as a society

11:36AM EDT - profound questions and issues

11:35AM EDT - Discussing technology in our lives 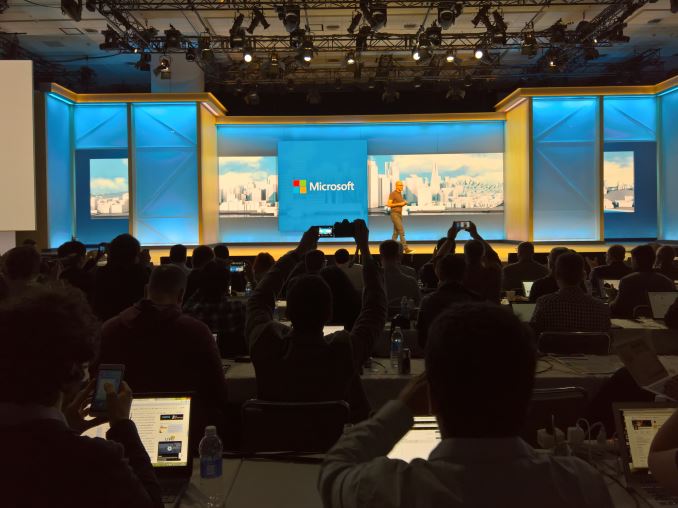 11:28AM EDT - Just saw a Microsoft hearts Linux image on one of the big screens 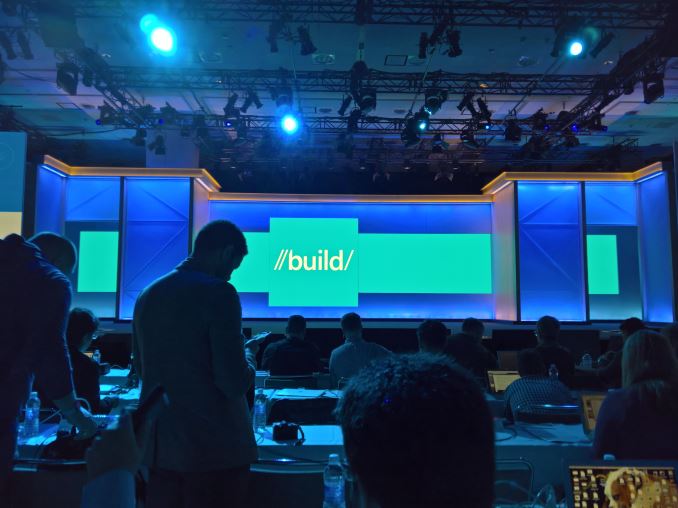 11:20AM EDT - Hopefully we get an announcement on Xbox One getting Universal Windows Platform apps today as well

11:20AM EDT - The Android bridge has been killed off. Not sure if there will be any chatter about that here for a way forward on that one

11:19AM EDT - Last year one of the more interesting bits was the announcement of the bridges for iOS and Android

11:19AM EDT - Keynote is scheduled for about ten minutes from now

11:17AM EDT - Last year was a big year with the launch of Windows 10. I expect some more updates on that, especially a new adoption number, but the cloud is likely a big part of this years keynote

11:16AM EDT - Good morning everyone. I'm here at the Moscone center in San Francisco to see what's going to be new with Microsoft this year