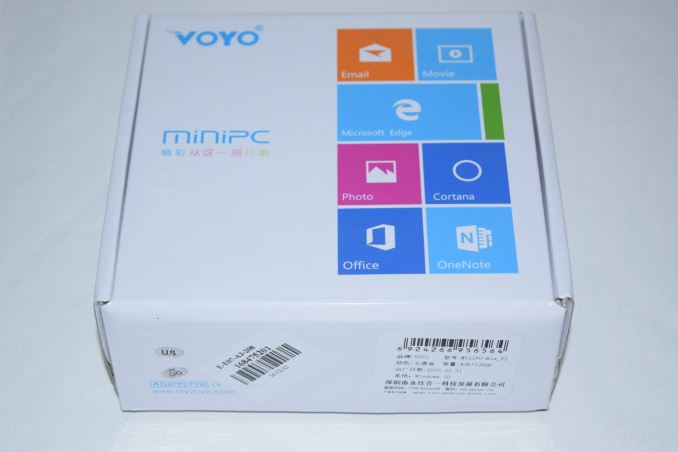 Intel transitioned their Bay Trail-T Atom lineup (targeting affordable 2-in-1s, tablets and Compute Stick form factors) to 14nm with the introduction of Cherry Trail-T. The Atom x5 and x7 SoCs coming under this family have four Airmont cores and Broadwell-class Intel HD Graphics. We have already seen the x7-Z8700 in action in the Microsoft Surface 3 and the x5-Z8300 in the Cherry Trail Compute Stick. Due to the success of UCFF (ultra-compact form factor) PCs, many vendors (including no-name Asian brands) have resorted to making small computers by using these tablet platforms with minor modifications. One such vendor is Voyo, and their V3 mini-PC is a unique take on the Atom x7-Z8700 platform compared to traditional tablets / affordable 2-in-1s.

Traditional UCFF PCs have stayed true to Intel's reference designs for such PCs. In particular, the NUC, Mini-Lake and Compute Stick reference platforms have enabled vendors to quickly bring their own variants into the market. Obviously, vendors such as ASRock and Zotac do have custom boards, but, they are usually few in number compared to the number of UCFF PCs in the current market. Since the introduction of Bay Trail-T, we have seen a rise in the number of systems based on reference boards for tablets / 2-in-1s. Most of them just put a case around such a board (with soldered DRAM, eMMC storage etc.) and market it as a PC.

In most cases, we ignore review requests for these types of PCs - after all, they have nothing unqiue to offer and are held back by the abysmal eMMC storage sub-system and skimpy DRAM. So, when GearBest offered to send us a review sample of the Voyo V3 mini-PC equipped with the high-end Atom x7-Z8700, 4GB of RAM and a bonafide 128GB M.2 SSD, we were mildly interested. Some of the advertised aspects such as Windows 10 being pre-installed, USB Type-C support, '5G Wi-Fi' etc. seemed too good to be true for the price, but, we decided it was interesting enough to put through our rigorous test process for low power computing systems.

The specifications of our Voyo V3 review configuration are summarized in the table below.

In addition to the main unit, the package comes with a 24W power adapter (12V @ 2A) that connects to the unit via a Type-C interface. This brings us to the first advertised aspect that has scope for misinterpretation by the consumer. The Voyo V3 does have a Type-C interface, but, it is only for connecting the power adapter. Since the PC can't run without external power, the Type-C interface doesn't provide any data-transmission capabilities. The V3 has one video output - a mini-HDMI 1.4b port. Thankfully, the package also includes a mini-HDMI (male) to full-sized HDMI (male) cable. A specifications / quick setup guide is also included in the package. Unfortunately, there are no driver CDs / USB keys included in the package. 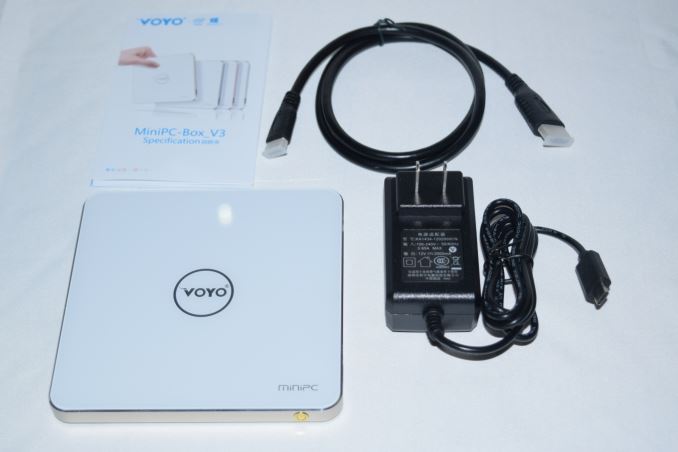 Disassembling the unit was fairly trivial. A credit card (or anything similar) can be used to pry out the glass top held in place with glue. There are four screws to take out on the bottom metal side under the rubber bushings. Inside the unit, we have the main board with the SoC and DRAM covered with a black thermal film. This film keeps in touch with the metallic underside of the PC and helps in dissipating the heat generated by the board components. There are two interesting aspects that need to be noted in the internals. The first one is the Wi-Fi antenna that is attached  to the hard black plastic cover that the top panel is glued to. The second one is the M.2 2242 SSD that is attached to one end of the board. It must be noted that the Cherry Trail-T SoCs do not have a SATA port. The FORESEE M.2 SSD actually connects to the main SoC via a PCIe-SATA bridge chip, the ASMedia ASM1061. The gallery below shows some pictures from our disassembly process.

Prior to discussing the pre-installed Windows 10 OS, let us take a look at the various options in the BIOS. Obviously, this is not a system to overclock or do similar tweaks. However, it gives us visibility into the options exposed by Intel to system developers for tablet platforms. There are plenty of options to explore, as shown in the gallery below.

This brings us to the second issue we had with the unit - In the default configuration, the DTS feature for thermal protection is disabled. This is most likely to be the reason for crashes encountered by other reviewers when benchmarking the Voyo V3. In any case, the default option was altered, as we didn't want to take the risk with DTS being disabled - particularly since we have thermal stress testing as part of our evaluation.

The Voyo V3 is advertised as being ready to use out of the box. This claim is true. The system came with Windows 10 Home x64 pre-installed, a default password-less account (username: voyo) and UAC disabled. On top of that, Windows refused to activate for me (though other reviewers have reported the installation being pre-activated). Though I wouldn't fault Voyo for the activation refusal (I had a similar experience with the Intel Compute Stick), the pre-configured user account and UAC being disabled were big red flags. I made the mistake of rushing to completely wipe the internal SSD and reinstalling Windows on my own. For some reason, I was unable to install Windows 10 Profesional, and had to end up installing Windows 10 Home. Fortunately, the 64-bit OS installation was successful (Intel had, at various points of time, indicated to us that Bay Trail-T and Cherry Trail-T don't support Windows x64).

Reinstalling Windows led to a new set of problems. The latest 'RTM' ISO (10586) didn't have the drivers needed for the WLAN chipset in the Voyo V3. A USB Wi-Fi adapter solved that issue, and getting hold of the latest Windows updates enabled the internal WLAN adapter. However, a bunch of drivers were missing - including the one for delivering audio over the HDMI port. 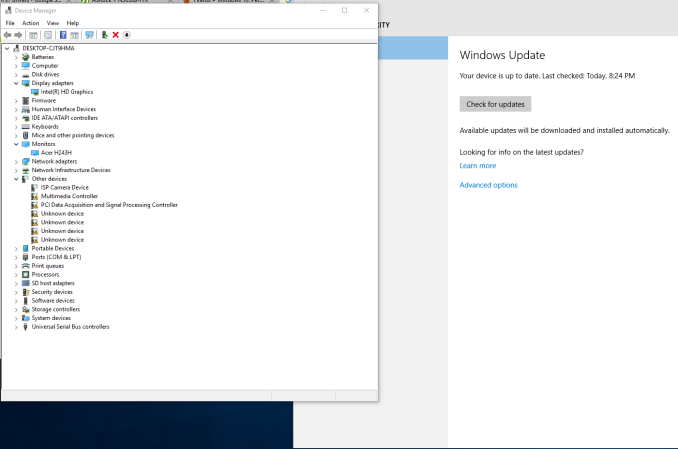 After searching around in vain for drivers on the Voyo website as well as Intel's pages, I found a link to the original Windows installation image from Voyo in a comment on CNX-Software's review of the Voyo V3. Despite having no prior experience with Chinese and translation sites being unhelpful, I did manage to download the ~4.5GB install.wim file from the link and mount it on the Voyo V3 using Windows 'Dism'. I then made Windows search for the drivers in the mounted folder, and finally got a clean 'Device Manager' window with no unrecognized devices. Obviously, audio over HDMI also started to work after the drivers got copied over. This is basically our biggest complaint about the Voyo V3 - Voyo needs to host the drivers necessary for system operation as standalone downloads on their site.

Moving On with Benchmarking...

In the table below, we have an overview of the various systems that we are comparing the Voyo V3 against. Note that they may not belong to the same market segment. The relevant configuration details of the machines are provided so that readers have an understanding of why some benchmark numbers are skewed for or against the Voyo V3 when we come to those sections.