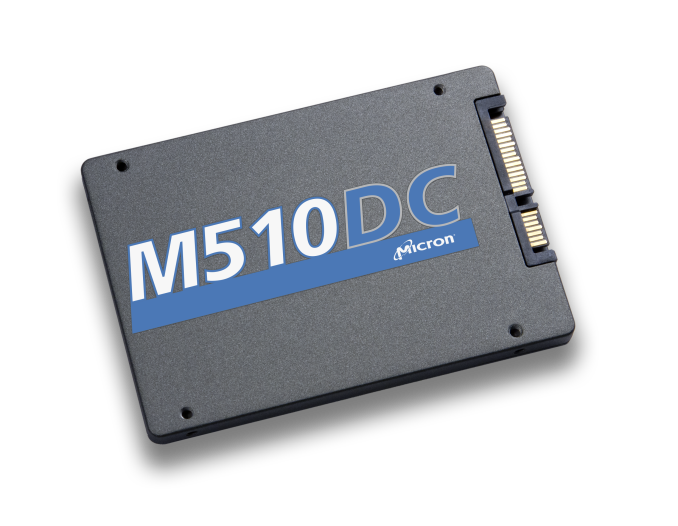 The client SSD market is very price sensitive, but likewise there is a craving for lower $/GB in the enterprise world as well. The lower cost per gigabyte has enabled the use of SSDs in scenarios that have typically been dominated by hard drives. Not only do SSDs provide tremendously better performance (especially random IO), power efficiency per IO is also considerably higher. Combine this with capacities that are constantly increasing, SSDs are starting to offer higher density over hard drives.

Most of the workloads where SSDs are now replacing HDDs tend to be read-centric. For performance sensitive and write-intensive workloads SSDs have been the choice for years now, at least as a buffer/cache before a further outward write. The beauty of NAND flash is the fact that while it has finite write endurance, it can practically be read for an unlimited number of times (read disturb only becomes an issue after ~100K read cycles on an unerased block i.e. erasing and reprogramming the block will allow for another 100K cycles). Increasing endurance and decreasing price at the same time is a difficult objective, but if write endurance isn't a major concern it's easy to drive the price down by moving to a smaller lithography. Lithography shrinks are the biggest factor that drive NAND prices down because a smaller lithography generates more gigabytes per wafer, reducing the overall cost per gigabyte. The downside of moving to smaller lithographies is reduced endurance due to cells being less error tolerant (fewer electrons to play with and increased disturbance from neighboring cells), but if you are targeting a read-intensive segment of the market, that's a fair tradeoff. 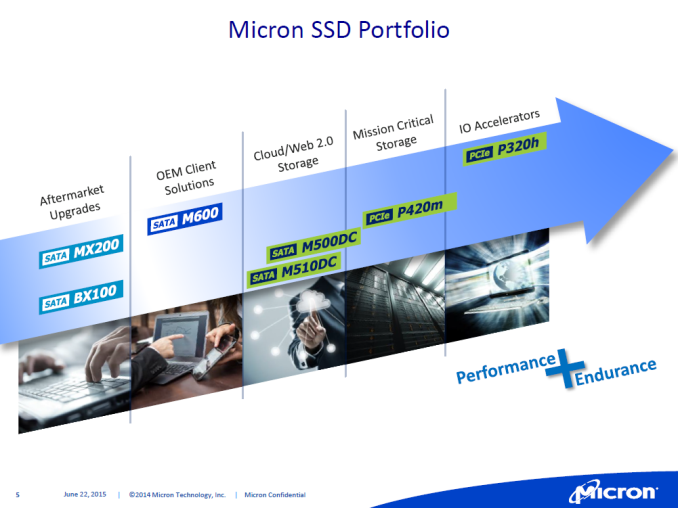 That introduces us to the M510DC. Last year Micron released the M500DC with endurance of three drive writes per day (DWPD), which is typical for enterprise drives aimed for mixed workloads. While the M500DC is reasonably priced for a drive with 3 DWPD endurance, Micron realized that it's missing the customers who are seeking low cost drives for read-intensive applications. The M510DC is here to fill that gap and in short it's a derivative of the M500DC using Micron's latest 16nm 128Gbit MLC NAND for higher cost efficiency and with a lower DWPD metric. 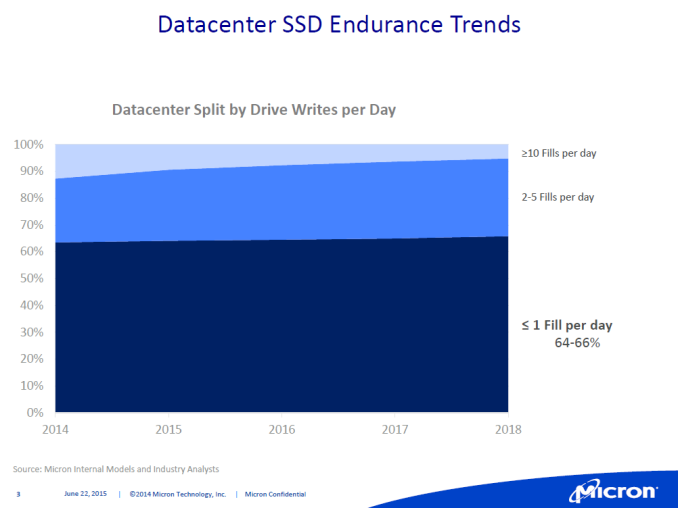 Micron's internal research suggests that two thirds of drives used in data centers experience less than one fill per day. That makes sense because ultimately the majority of data stored in data centers is static, so a large share of the data is accessed in a read-only basis with infrequent changes to the data itself (imagine a Facebook status update or photo for instance). 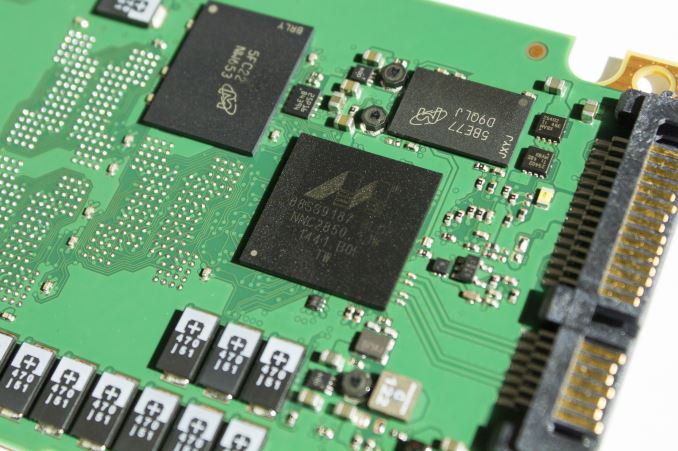 The M510DC is powered by Marvell's 88SS9187 controller, which is found in the M500DC, andis a few years old by now, but it's still the muscle to some of the best SATA SSDs on the market. The controller is accompanied by Micron's in-house firmware. 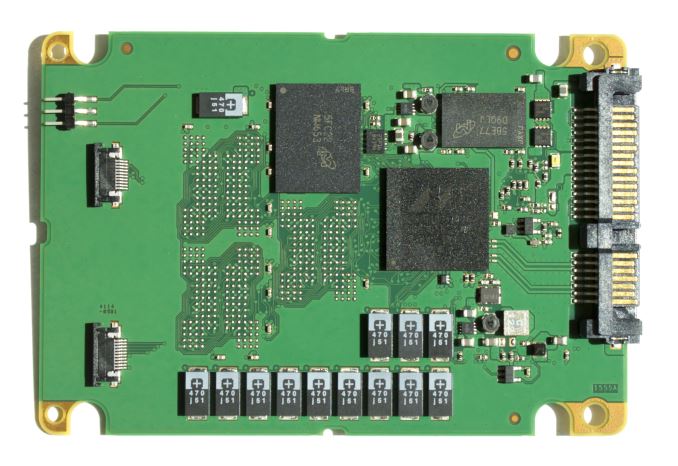 Since the M510DC is built upon the M500DC platform, the capacities only go to up to 960GB. I was told that it's not a limitation in the hardware design, but because the core firmware remains unchanged from the M500DC and a 1TB+ SKU would have required more significant changes and hence additional engineering resources. Micron also said that 480GB is currently its highest volume product and while the 800GB is gaining popularity, there isn't that much demand for higher capacities (yet). I found that to be a little surprising given that higher capacities yield much higher density per rack and the cost per gigabyte is about the same, but Micron explained that the server OEMs (which are Micron's biggest customers) are relatively slow to adopt anything new because there is always optimization work that goes into play (e.g. a need for a new RAID card that needs to be validated and so on).

Because the M510DC isn't a retail drive, Micron couldn't deliver any pricing because it will vary depending on the volume. I was told, however, that the M510DC is priced between the M600 and M500DC, so it should be relatively competitive.

As I explained above, the change to more cost efficient 16nm NAND comes at the expense of endurance. The endurance drops from 3 DWPD to 2 (from 2 to 1 in the highest capacity), which is still very good for a read-focused drive because several other manufacturers are offering drives with only ~0.3 DWPD. However, the 20nm to 16nm transition isn't the whole story because the M510DC also has less over-provisioning than the M500DC, again making the M510DC more cost competitive.

The M510DC includes the full set of Micron eXtended Performance and Enhanced Reliability Technology (or just XPERT) features, including power loss protection for all user data and RAIN for protection against page, block and die level NAND failures. I covered the XPERT features in detail in our M500DC review, so I suggest you refer to that review for further details of the feature set. 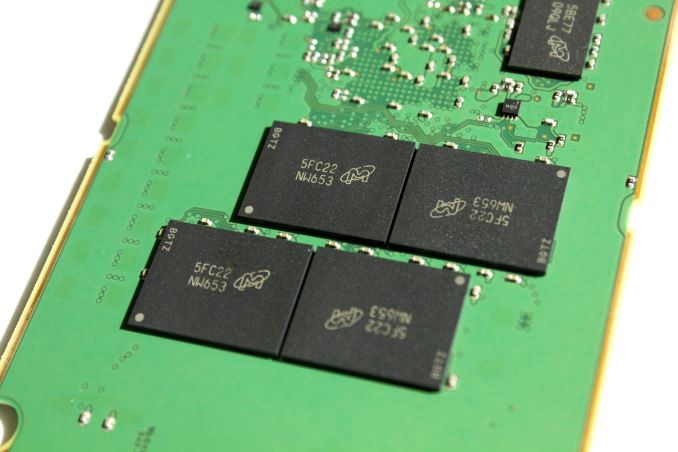 There is one new feature in the M510DC though, and that is TCG Enterprise encryption. In the enterprise space it's less likely that someone would have physical access to the server as data centers tend to be well guarded, but once drives are recycled or repurposed they are vulnerable to theft and unauthorized access. This is especially true with regards to financial and medical data, which can be highly damaging in the wrong hands so employing encryption is crucial for ensuring data protection.

When a drive is encrypted using TCG-E, it's tied to a single host and an authentication key is required if the drive is being accessed using a different host. The encryption key itself never leaves the drive (similar to the client spec) which guarantees that there is no way to obtain the key without authentication whereas software-based encryption has loopholes in which the encryption key can be obtained from the host's DRAM. TCG-E is also completely transparent to the host and requires no software - as long as TCG-E compliant RAID card is used TCG-E will be enabled automatically. The M510DC is also available without TCG-E as some regions have tight restrictions when it comes to encrypted storage.