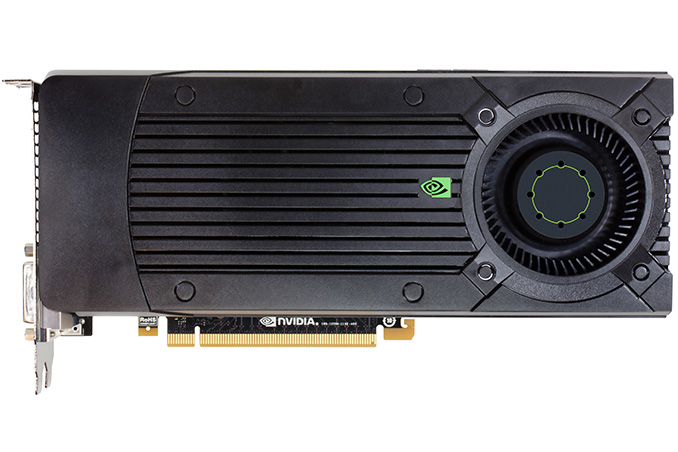 To get our weekly geekiness quota out of the way early, the desktop video card industry is a lot like The Force. There are two sides constantly at odds with each other for dominance of the galaxy/market, and balance between the two sides is considered one of the central tenants of the system. Furthermore when the system isn’t in balance something bad happens, whether it’s galactic domination or uncompetitive video card prices and designs.

To that end – and to bring things back to a technical discussion – while AMD and NVIDIA’s ultimate goals are to rule the video card market, in practice they serve to keep each other in check and keep the market as a whole balanced. This is accomplished by their doing what they can to offer similarly competitive video cards at most price points, particularly the sub-$300 market where the bulk of all video card sales take place. On the other hand when that balance is disrupted by the introduction of a new GPU and/or new video card, AMD and NVIDIA will try to roll out new products to restore that balance.

This brings us to the subject of today’s launch. Friday saw the launch of AMD’s Radeon HD 7790, a $149 entry-level 1080p card based on their new Bonaire GPU. AMD had for roughly the last half-year been operating with a significant price and performance gap between their 7770 and 7850 products, leaving the mid-$100 market open to NVIDIA’s GTX 650 Ti. With the 7790 AMD finally has a GTX 650 Ti competitor and more, and left unchallenged this would mean AMD would control the market between $150 and $200.

NVIDIA for their part has no interest in letting AMD take that piece of the market without a fight, and as such will be immediately countering with a new video card: the GTX 650 Ti Boost. Launching today, the GTX 650 Ti Boost is based on the same GK106 GPU as the GTX 650 Ti and GTX 660, and is essentially a filler card to bridge the gap between them. By adding GPU boost back into the mix and using a slightly more powerful core configuration, NVIDIA intends to plug their own performance gap and at the same time counter AMD’s 7850 and 7790 before the latter even reaches retail. It’s never quite that simple of course, but as we’ll see the GTX 650 Ti Boost does indeed bring some balance back to the Force.

When NVIDIA produced the original GTX 650 Ti, they cut down their GK106 GPU by a fairly large degree to reach the performance and power levels we see with that card. From 5 SMXes and 3 ROP/Memory partitions, GK106 was cut down to 4 SMXes and 2 ROP partitions, along with having GPU boost removed and overall clockspeeds lowered. In practice this left a pretty big gap between the GTX 650 Ti and the GTX 660, one which AMD’s 7850 and now their 7790 serve to fill. 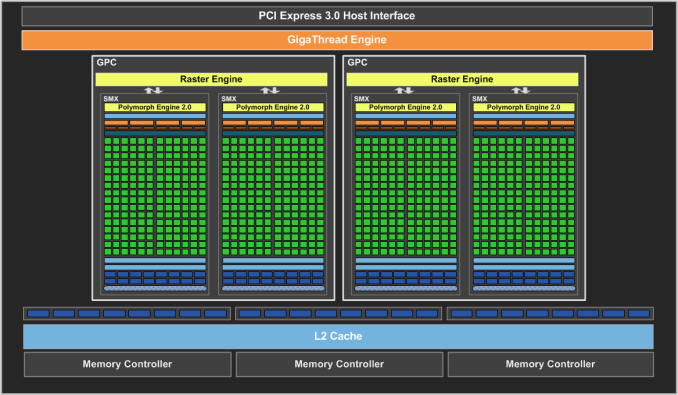 Of course GTX 660-like performance does come with some tradeoffs. While the GTX 650 Ti was a 110W TDP part, the GTX 650 Ti Boost will be a 134W part, just shy of the 140W GTX 660. The GTX 650 Ti Boost runs at the same clockspeeds and the same voltages with the same amount of RAM as the GTX 660, meaning the power savings are limited to whatever power is saved from fusing off that SMX, which in practice will not be all that much. Even by NVIDIA's own reckoning they're minimal. So what we’re effectively looking at is a somewhat slower GTX 660 operating at near-GTX 660 power levels. 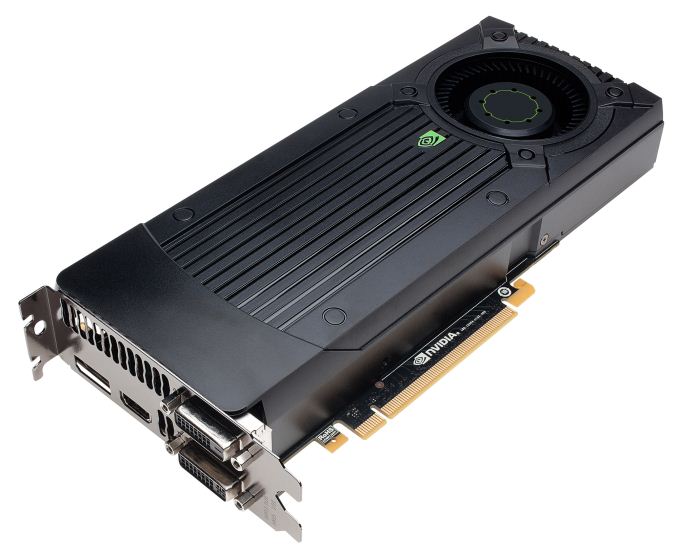 Moving on to the launch and pricing details, as with NVIDIA’s other GK106 card launches, this is a pure virtual launch with partners rolling their custom designs from day one. Partners will be shipping both stock clocked and overclocked cards, and the mix should be very similar to what we saw with the GTX 660’s launch. Unexpectedly, partners will also have the option of going with 1GB or 2GB cards. 1GB cards are a late addition to NVIDIA’s lineup, in what appears to be an attempt to get down to price parity with AMD’s 7790. Our reference card is a 2GB model, and like other mixed cards like AMD’s 7850 we expect most GTX 650 Ti Boost cards to be 2GB cards.

In something of a coup for NVIDIA, 2GB GTX 650 Ti Boost cards will be hitting stores this week at $169, nearly a week ahead of the 7790. So despite launching second in this latest scuffle, NVIDIA will be the first to hit the market. Meanwhile 1GB cards will arrive later, hitting the market in early April at $149. Overclocked cards will of course carry their own premiums.

The competition for the GTX 650 Ti Boost will include a number of cards from both NVIDIA and AMD. The tight pricing of the market between $149 and $199 means that the GTX 650 Ti Boost will in practice be pulling double-duty as a 7790 and a 7850 competitor. Priced at $149, the later to arrive 1GB cards are the true 7790 competitor in every sense of the word.  Meanwhile with the 2GB cards launching at $169 they’re more akin to a 7850 competitor, something NVIDIA doesn’t hesitate to point this out.

Finally, like AMD, NVIDIA will be extending their promotional bundling to their latest card. The GTX 650 Ti Boost will quality for the same $75 in free-to-play game credits as the GTX 650 Ti, split up as $25 for World of Tanks, $25 for Hawken, and $25 for Planetside 2.