Apple MacBook Pro 13: Can a Mac Be a Decent Windows Laptop?

Anand has already given the latest Apple MacBook Pro 13 a comprehensive review, but I wanted to give a different take on it: I wanted to evaluate it as a Windows laptop. Oh yeah. Basically, I wanted to take the vaunted MBP and put it in an apples-to-apples comparison with our favorite thin and lights from the PC world. Now, since Anand has already reviewed it, I’m going to gloss over the hardware—if you want an in-depth analysis of the notebook and its features, I point you towards his review. 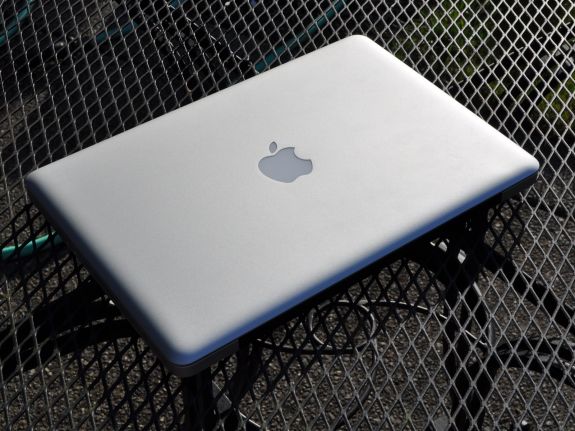 Here’s my one major problem with the MacBook Pro 13, at least on paper: it’s still running a Core 2 Duo processor. The C2D P8600 debuted as part of the Penryn-3M lineup on June 13, 2008. They’re selling a notebook with a 2 year-old processor for $1199. And that’s just the low end model; the high-end MBP13 SKU costs $1499. Only Apple can get away with pulling a stunt like that; I don’t think the other manufacturers would even dare to try it. By the time Apple updates the MBP line to Sandy Bridge, the P8600 will be nearly three years old.

But other than that wrinkle, I basically love the MacBook Pro. The industrial design is absolutely peerless (except for maybe the original Dell Adamo). The overall aesthetic just seems so cohesive, so well thought out. There’s nary an extraneous button or design element in sight, giving way to a clean, sleek, and elegant notebook that could only come out of Cupertino. The build quality is excellent, definitely one of the most solid notebooks this side of a ThinkPad. The keyboard is one of the best chiclet keyboards out there, and the glass trackpad with two finger scroll is awesome. None of this is new for the MacBook Pro, but it’s still striking to think that this chassis debuted two years ago and there still isn’t a PC notebook that is designed or built on the same level as this. (Yes, we know about the HP Envy and we're still working to get a review unit, but while similar the Envy line still isn't like a MacBook Pro.)

So what is new then, if the processor is from the Stone Ages and the chassis is basically unchanged from before? A faster IGP, a bigger battery, and 4GB of RAM standard (finally!). Let’s start with the new IGP, NVIDIA’s 320M. As Anand detailed in his review, it’s got 48 CUDA cores versus the 16 CUDA cores in the old 9400M, and as such should offer far better performance. In fact, it outdoes the G 310M by a significant amount, but we’ll get to that later. The battery has now been increased in capacity to a sealed-in, 63.5 Wh lithium polymer unit that claims 10 hours of battery life under OS X. We’ve noted that OS X gets better battery life than Windows, so we expect less out of the MBP as a PC, but it should still be pretty competitive. Just how competitive is what we're here to find out.