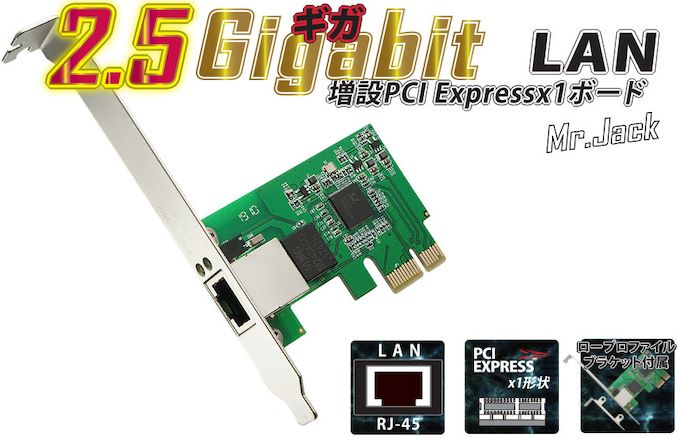 A Japanese company has started sales of its 2.5 GbE network card that uses a Realtek controller. The adapter is a low-profile PCIe 2.0 x1 board that is compatible with the vast majority of desktop PCs that are used today. However, it isn't as cheap as one might expect.

The 'Area Mr. Jack' 2.5 GbE LAN (SD-PE25GLAN-1L) network adapter is a low-profile PCIe 2.0 x1 card based on Realtek’s RTL8125 controller launched over a year ago and currently used on some motherboards. Measuring 80 mm by 44 mm, the card is very small and simplistic, it has one RJ-45 connector and is equipped with two status LEDs. Besides 2.5 GbE (IEEE802.3bz 2.5G BASE-T) over conventional Cat5/Cat6 cables, it  supports previous-generation protocols too, including 1 GbE and below. For OS compatibility, the NIC comes with drivers for Windows 7/8/8.1/10, whereas the status of Linux support is unclear. 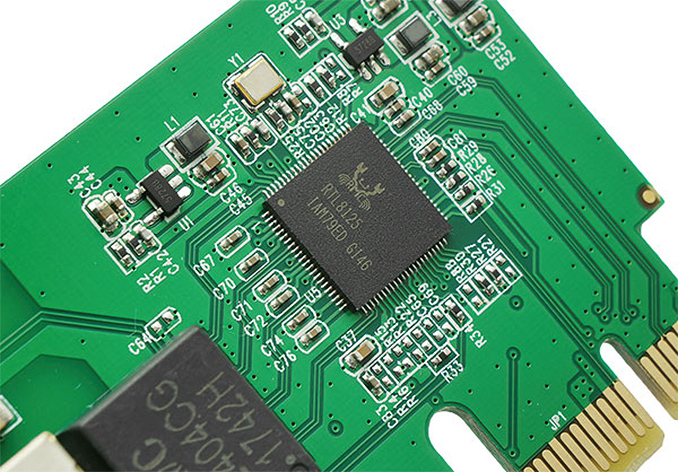 The Area Mr. Jack 2.5 GbE LAN card costs ¥3,980 including tax ($33.30 without VAT), which is not a particularly low price considering the fact that GbE ports are ‘free’ with most motherboards and Aquantia-based 5 GbE and 10 GbE cards can be bought for $70 and $90, respectively. Also, as there are no cheap 2.5 GbE and 5 GbE switches on the market yet, one will have to use a multi-mode 2.5/5/10 GbE switch, which is not cheap as well, so using 2.5 GbE cards instead of faster options may not be that economically viable.