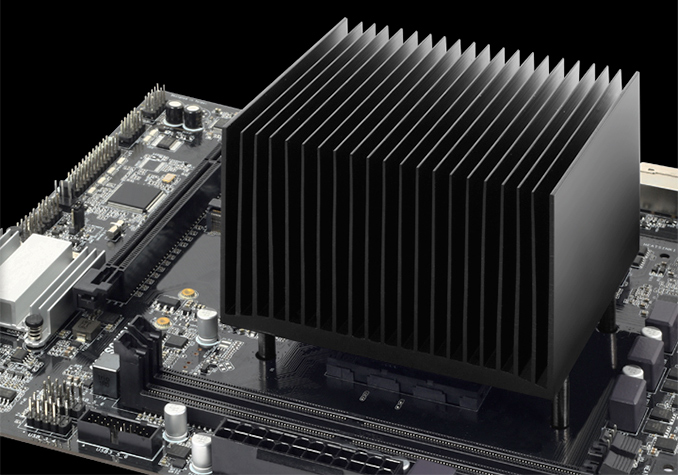 Arctic this week added its first passive cooler that is compatible with AMD’s AM4 processors into its lineup of products. The Alpine AM4 was designed for APUs and CPUs that dissipate no more than 47 W, which is common for modern mainstream chips that feature reduced TDP.

The Arctic Alpine AM4 passive cooler is made of black anodized aluminum, features 21 rather thick fins, and weighs 557 grams. The heat sink has a z-height of 81 mm and measures 100 × 100 mm on its sides, so it has to be installed into relatively spacious cases. Speaking of installation, it is worth mentioning that the Alpine AM4 ships with four screws with springs, so the installation of the device is fairly simple. To further things simplify, the cooling system comes with pre-applied MX-2 thermal compound. As a small bonus feature for those who want peace of mind, the passive cooler is covered by a six-year warranty as if a solid piece of aluminum could break down.

Arctic recommends to use the Alpine AM4 with AMD’s energy efficient APUs, such as the AMD’s Ryzen 3 2200 GE and Ryzen 5 2400GE, but the cooler will also handle AMD’s 65 W APUs and CPUs that can be programmed to limit their TDP to 46 W (at the cost of their frequency). Therefore, it is now possible to build a fanless PC based on a fairly wide range of AMD’s Ryzen 1000-series and 2000-series CPUs.

Arctic will start selling the Alpine AM4 passive coolers in the coming weeks. Pricing is not yet known, but judging by the simplistic construction of the product, do not expect it to cost significantly more than $20. In fact, Arctic’s currently-available Alpine passive coolers for Intel processors retail for €12.99 ($15.2) in Europe.