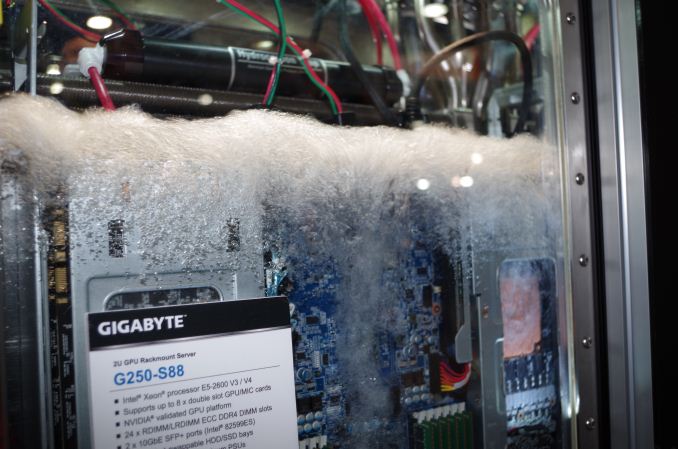 In the land of immersed systems, there are many ways of doing things. A few intrepid users have gone with oil, still using a CPU cooler but relying on the liquid cycling throughout the system to remove heat energy. Going back over a decade and a half, I recall a system whereby a 35W processor was immersed, without a heatsink, into a bath of a 3M hydrocarbon with a modest boiling point, around 45C, which was then combined in a sealed system with an external thermal electric cooler to initiate the recycling. The demonstration by GIGABYTE at CES this year with a fully-embedded system is more the latter than the former. 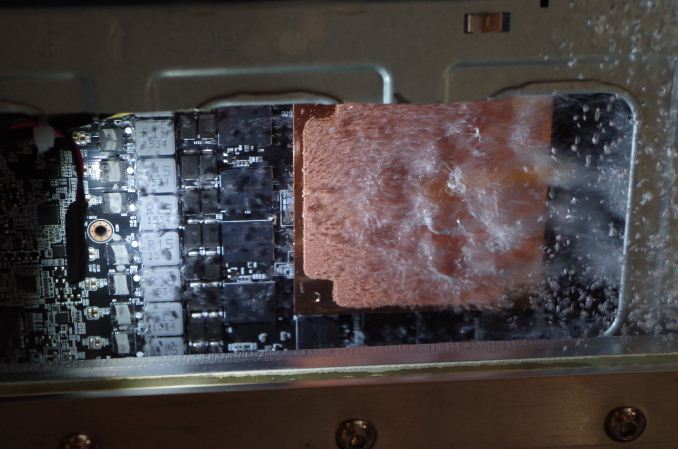 Obviously you cannot use water (unless exceptionally pure/distilled) for conductivity reasons, so some inert hydrocarbon is the purpose here. The concept for this design is a two-phase change from liquid to vapor and back, using no pumps but relying on the fact that the gas will condense and fall back into the solution and sink, causing automatic cycling. 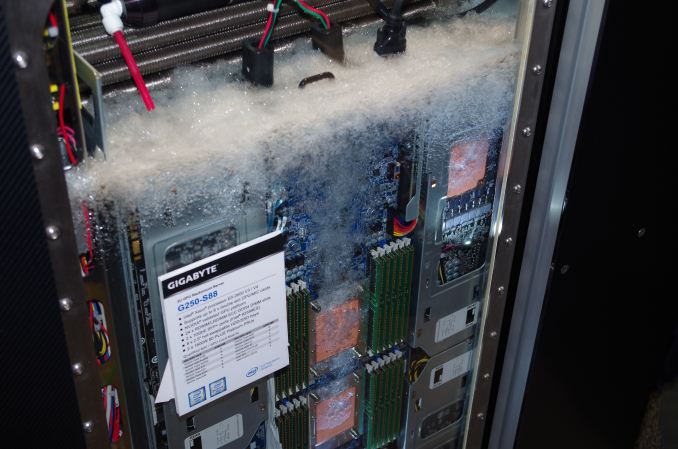 As I mentioned before, previously I had only seen this on a small low powered system, but GIGABYTE and 3M had submerged a full 8-GPU, dual CPU system with 24 memory modules and nothing more than large copper heatsinks on the CPU/GPU, and had even removed the power delivery heatsinks. 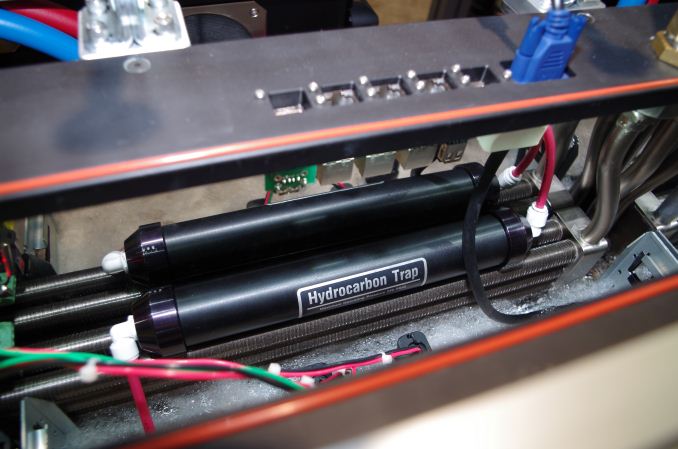 To cool the vapor as it rises through the system, a cold radiator is placed inside the sealed system. Well, I say sealed, but during the demo it was being opened and the demonstrator was clearly putting his hand inside. There seemed to also be a system in place to add/remove hydrocarbon material through a pump as well.

So the point in all this is more efficient cooling – no need for massive air conditioning units in a data center, no need to pump chilled water into water blocks. I’m surprised that this system was suitable for all that hardware, but it does leave on issue on the table: getting access to replacing hardware. Moving from air to liquid cooling in a data-center always has this issue. 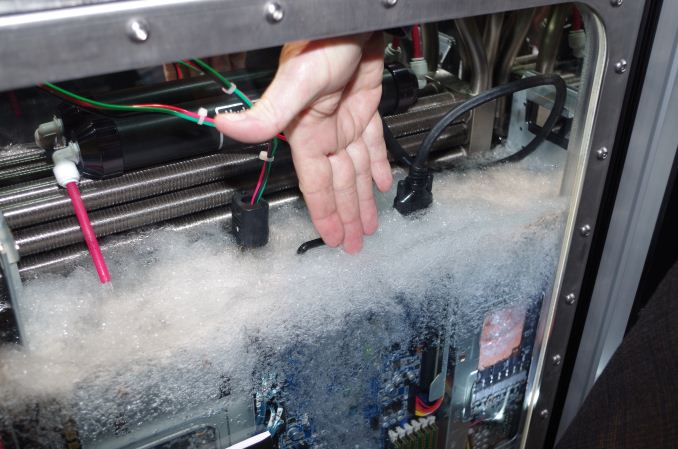 So to keep things under wraps, 3M's Novec line of liquids involve a full array of halogenated hydrocarbon compounds for different uses, and the variant of Novec that is under use here was not specified. However a quick search turns up a likely candidate in Novec 72DA.

Novec 72DA liquid is a solution of 70% 1,2-trans-dichloroethylene, 4-16% ethyl nonafluorobutyl ether, 4-6% ethyl nonafluoroisobutyl ether and trace other similar methyl variants. The liquid has a boiling point of 45ºC at very low viscosity (0.4 cP, compared to 0.89 cP for water), but also a low specific heat capacity (1.33 J/g/K, compared to 4.184 for water). Typically water cooling (with blocks) with the high heat capacity is preferred, but at 1.33 J/g/K for the main ingredient in Novec is interesting: take a CPU that uses 140W, and in 60 seconds it will change 8.4 kJ of energy from electricity to heat. That would raise one kg of liquid (0.8 liters, due to 1.257 kg per liter for density) up by 7.24ºC. Thus it would take around 3 minutes from a slightly chilled start to create one kg of the main component of Novec to boiling point. If we add in the latent heat of vaporization, or the energy it takes to transform a chemical from a liquid at boiling point to vapor, then we need another 350 kJ/kg, or 41.67 minutes. 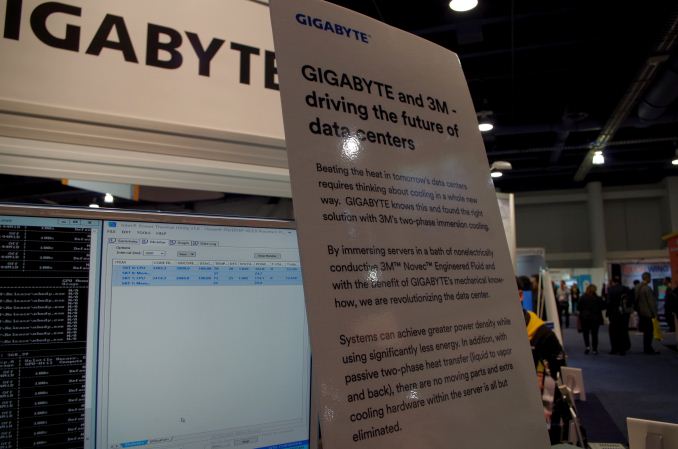 Now obviously in such a system it doesn’t work on pure kilograms of chemical – energy is transferred at larger doses on smaller amounts of liquid at once, causing the effect we see in the photos.