Like almost every other OEM out there, Huawei differentiates its Android implementation through a custom skin and framework - called EmotionUI. The Honor 6 comes with version 2.3 and that is the one I'll be reviewing. Again I'd like to mention that this variant came with a lot of pre-installed Chinese vendorware that may not be included in the international version of the phone. Thankfully, Huawei more or less managed to separate (willfully or not) the obvious core parts of the software experience from the added parts that may be Chinese exclusives. 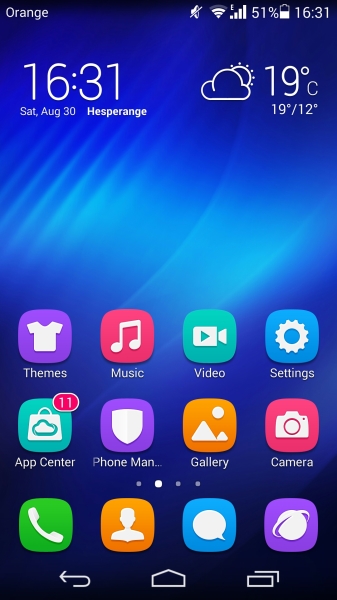 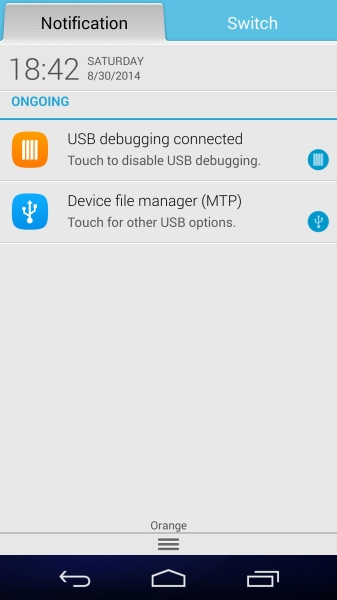 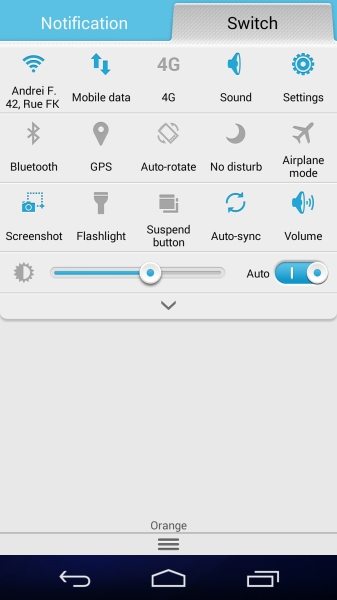 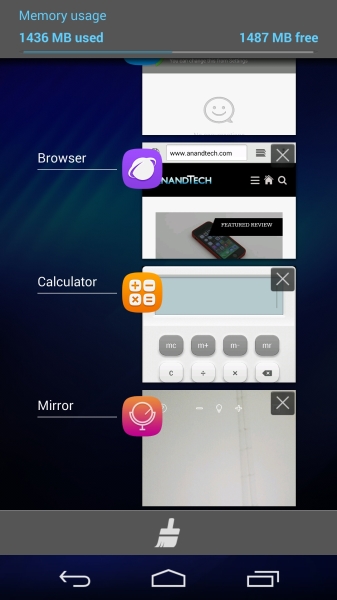 The design of the default UI theme employs a simplistic yet accentuated approach. The various elements remind of a mash between pre-iOS 7 with modern Android. There is a general emphasis on blue accents. Functionally, Huawei has kept it simple and has not veered off from standard Android too much. The notification shade is separated into the actual notification area and the switch toggle panel. Unlike some OEMs the notification area is clean and all additional toggles controls were added to the dedicated switch panel, which I find a better alternative than the implementations of other vendors while still adding value to stock Android.

One thing that I found endlessly infuriating is that if you do swipe right to, or use two fingers to pull down the switch panel down, it would remain in that view until you swiped/tap it back left to the notification view even if you have dismissed and pulled down the notification panel again with just one finger. A very odd inconsistency that was hard to get used to when quickly trying to view one's notifications.

The biggest differentiator to stock Android is probably the home launcher: it lacks an application drawer and thus makes the home screens themselves the application drawer as in iOS. I found myself endlessly creating folders and trying to manage the application icons on the home screen to keep it in a somewhat reasonable order and cleanliness. Of course there is nothing preventing one from installling a custom launcher replacing Huawei's. The stock launcher offers little reason as to why one should keep it as it offers little added functionality. In a sense, it's a plus for simplicity's sake but can quickly get overwhelming when you start installing a lot of apps which you don't regularly use.

What most people will notice is that use of rounded square background for any and all application icons throughout the OS. This is unfortunately an aspect you will like, hate or simply feel indifferent about, but cannot be changed. The system tries to generate a fitting background to an application's icon - most times it work, but sometimes it fails and this results in an odd look where the original icon seems cut off and plastered on top. 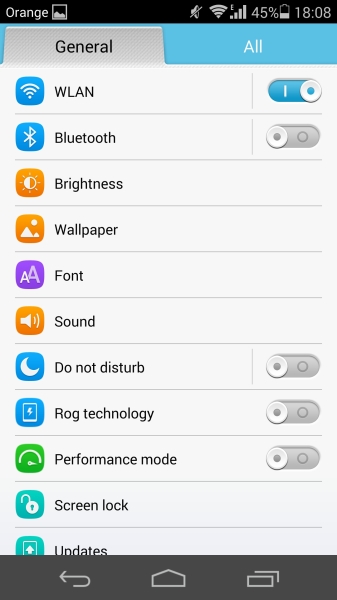 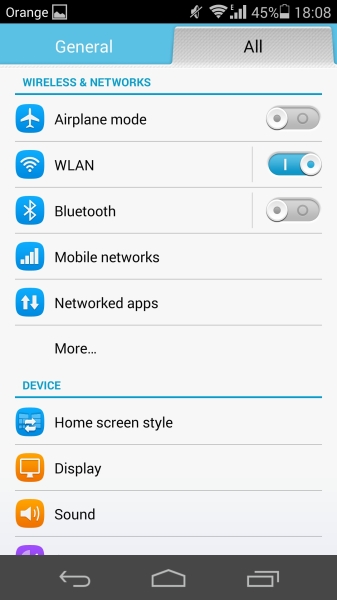 The settings screen offers a simplified view with the most accessed items on a single page view. If you want to delve a bit deeper the complete settings page is available at a swipe. The categories are clean and well ordered. I don't have too much too say about it as it's pretty much what you expect from a well-implemented settings screen.

Here's where usually most OEM user interfaces stop their customization of the core aspects of the Android framework stop. But here's where it gets really interesting. On the main home screen is a shortcut to the so-called "Phone Manager", which is also accessible via the settings screen in its own category. 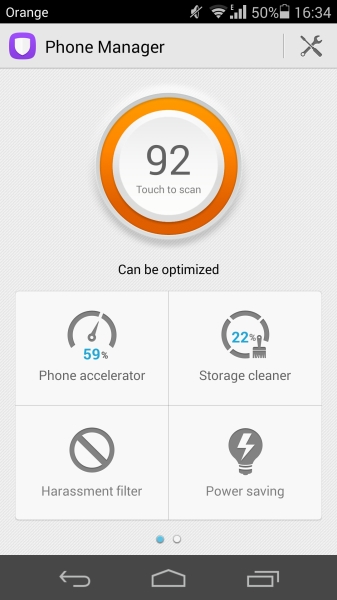 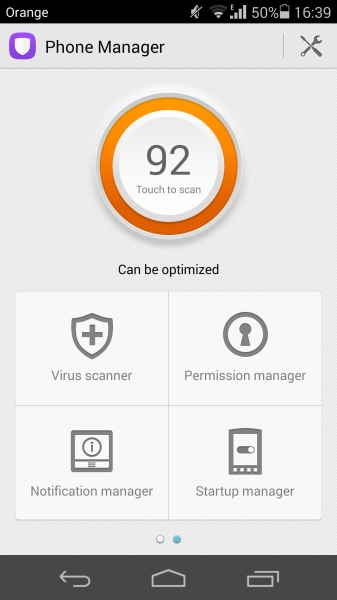 Here you can find various dubious options such as "Phone accelerator", "Storage cleaner" or even a built-in virus scanner. There's nothing too interesting in most of them, with the phone accelerator being nothing else than an active task manager for clearing memory. For the other items however what we find is the most extensive application permission manager I have seen ship on any Android device to date.

By default, any time you install an application on the device you would get prompted the usual permission acknowledgement dialog with a list of permissions that the developers feel they need to access. Huawei has built a framework on top of that extending that permission management. With the the built-in permission manager you are able to fully control apps on a per-permission basis and decide whether to grant, revoke, or always prompt for whenever an application requests a function needing a specific permission.

This is what Google already promises to deliver with Android L, but what seems to me that it goes one step further by allowing you detailed management any time you wish, instead of just runtime prompting (Google has yet to finalize L so this may be subject to change). 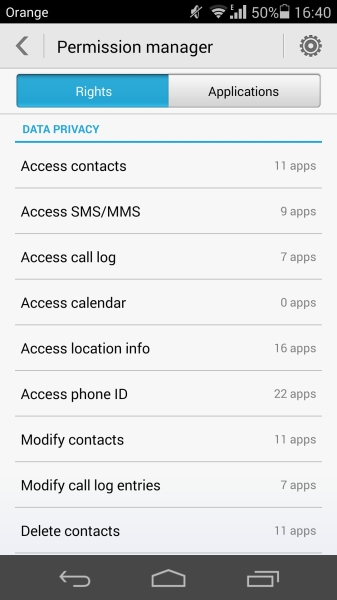 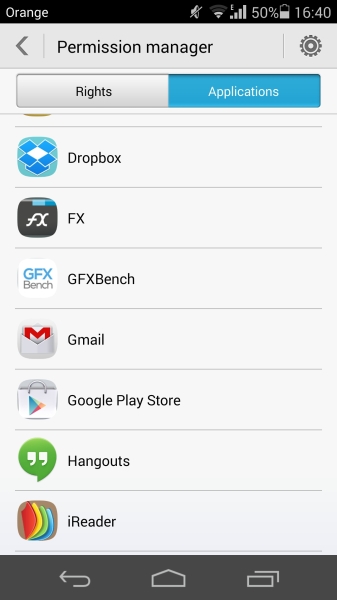 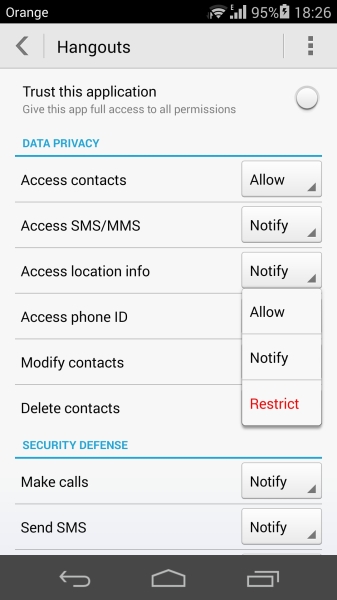 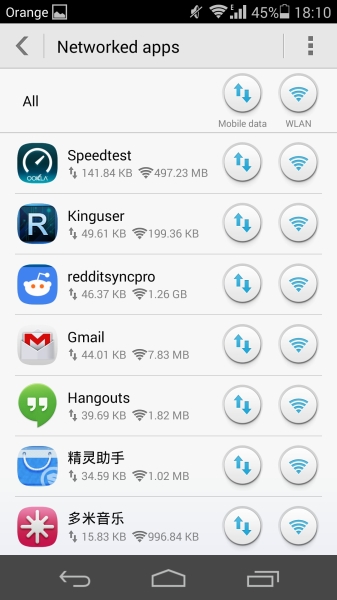 The framework also provides fine-grained network connectivity permissions, allowing one to manage which apps are able to access the cellular or Wi-Fi networks while offering a clean view of each app's data usage.

Needless to say, Huawei has really impressed me with what they've provided in terms of rights management in EmotionUI. It can be easily be viewed as the new high standard which other OEMs, and hopefully Google too, should strive to achieve in all their future Android phones. 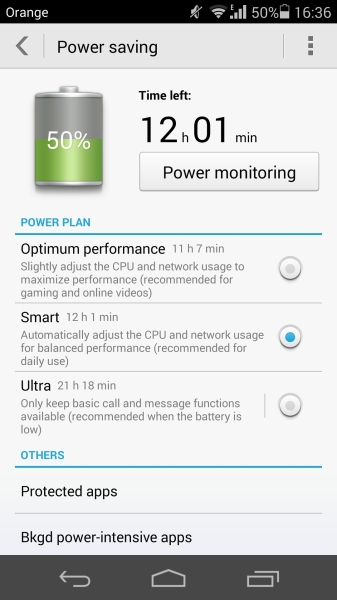 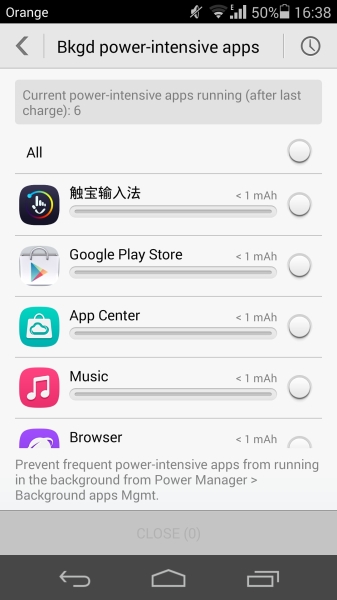 The power controls are also a interesting feature on the phone. We have a standard performance profiles that we might find on some phones. The real difference between the "Smart" and "Optimum Performance" settings is that the latter allows for lower HMP threshold parameters on the SoC and slightly adjusted higher target scaling frequencies. In my experience and what we'll see expanded on in the in-depth SoC review, is that it's not worth it to ever use the performance setting as it gives marginable performance benefits that may not even be noticeable to the user and have negative effects on the battery longevity of the phone. The "Ultra" setting delivers a similar experience to Samsung's UPSM, limiting all applications beyond the core phone functions.

Again, similarly to the rights management settings, Huawei exposes fine-grained controls over power usage of applications. In this case it's not the performance of said apps that is limited, but their life-cycle which gets stopped whenever they get sent into the background or when the screen is off. The user is able to explicitly protect apps from being killed by the memory manager in such cases. If an unprotected application is using excessive CPU cycles in the background, a warning notification is prompted to the user and a more detailled view with a power usage estimate can be brought up for further investigation. Again, it seems that Huawei is providing counter-measures for poorly-written apps that can silently eat away at a device's battery.

Next, let's move on to the "added value" applications that are pre-installed with the phone.