Arm Announces Armv9 Architecture: SVE2, Security, and the Next Decade

Over the last few years, we’ve seen security, and security breaches of hardware be at the forefront of news, with many vulnerabilities such as Spectre, Meltdown, and all of their sibling side-channel attacks showcasing that there’s a fundamental need for a re-think of how to approach security. One way Arm wants to address this overarching issue is to re-architect how secure applications work with the introduction of the Arm Confidential Compute Architecture.

Before continuing, I want to warn that today’s disclosures are merely high-level explanations of how the new CCA operates, with Arm saying more details on how exactly the new security mechanism works will be unveiled later this summer. 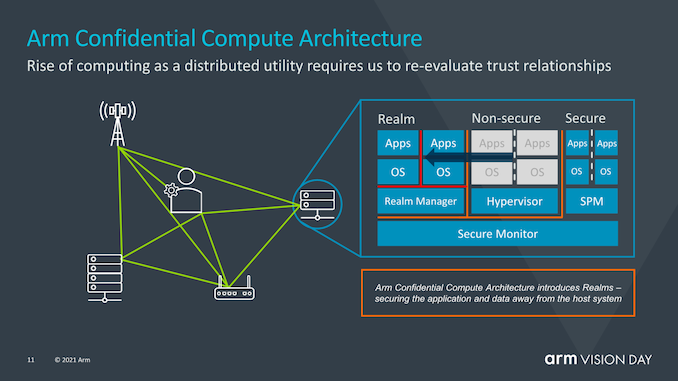 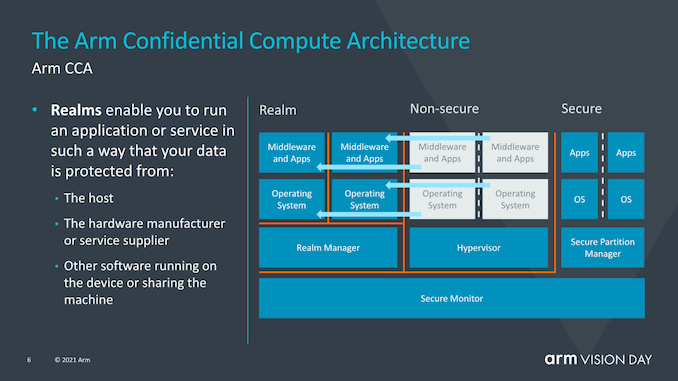 The goal of the CCA is to more from the current software stack situation where applications which are run on a device have to inherently trust the operating system and the hypervisor they are running on. The traditional model of security is built around the fact that the more privileged tiers of software are allowed to and are able to see into the execution of lower tiers, which can be an issue when the OS or the hypervisor is compromised in any way.

CCA introduces a new concept of dynamically creates “realms”, which can be viewed as secured containerised execution environments that are completely opaque to the OS or hypervisor. The hypervisor would still exist, but be solely responsible for scheduling and resource allocation. The realms instead, would be managed by a new entity called the “realm manager”, which is supposed to be a new piece of code roughly 1/10th the size of a hypervisor.

Applications within a realm would be able to “attest” a realm manager in order to determine that it can be trusted, which isn’t possible with say a traditional hypervisor.

Arm didn’t go into more depth of what exactly creates this separation between the realms and the non-secure world of the OS and hypervisors, but it did sound like hardware backed address spaces which cannot interact with each other. 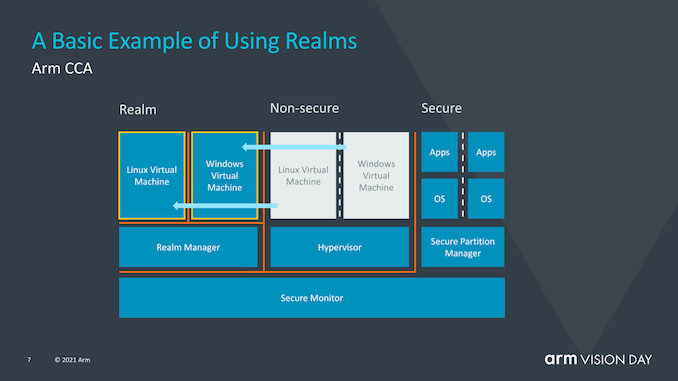 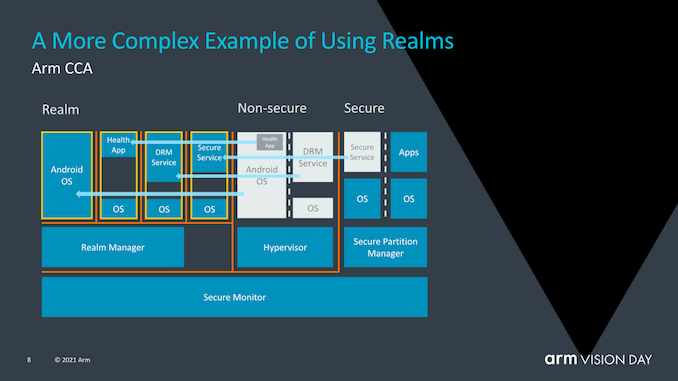 The advantage of the usage of realms is that it vastly reduces the chain of trust of a given application running on a device, with the OS becoming largely transparent to security issues. Mission-critical applications that require supervisory controls would be able to run on any device as say opposed to today’s situation where corporate or businesses require one to use dedicated devices with authorised software stacks. 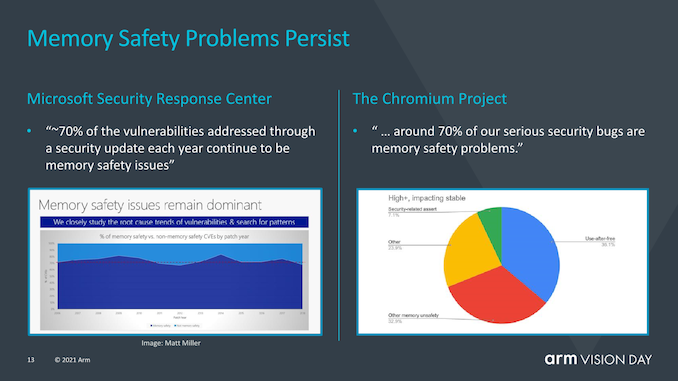 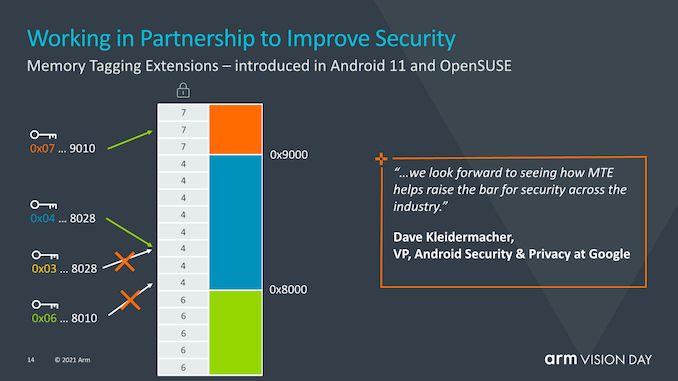 Not new to v9 but rather introduced with v8.5, MTE or memory tagging extensions are aimed to help with two of the most persistent security issues in the world’s software. Buffers overflows and use-after-free are continuing software design issues that have been part of software design for the past 50 years, and can take years for them to be identified or resolved. MTE is aimed at helping identify such issues by tagging pointers upon allocation and checking upon use.

Security is to Armv9 is what 64-bit was to Armv8 Future Arm CPU Roadmaps, mention of Raytracing GPUs
Tweet
PRINT THIS ARTICLE
Comments Locked