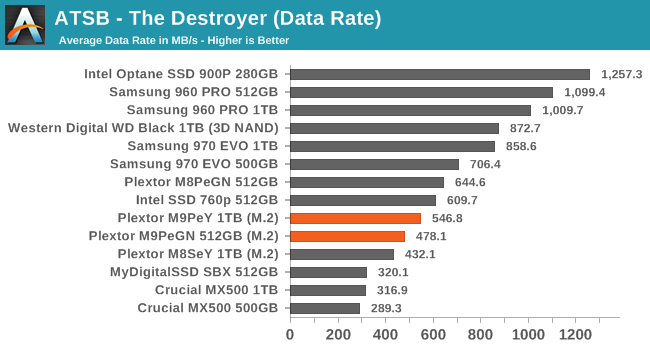 The average data rate of the Plextor M9Pe on The Destroyer is a clear step forward from Plextor's previous TLC-base NVMe SSD (the M8Se), but there are plenty of other recent TLC-based drives that perform much better, and the M8Pe with planar MLC is still faster than the M9Pe. 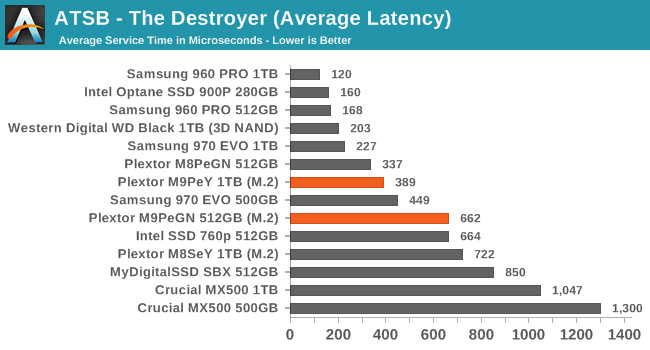 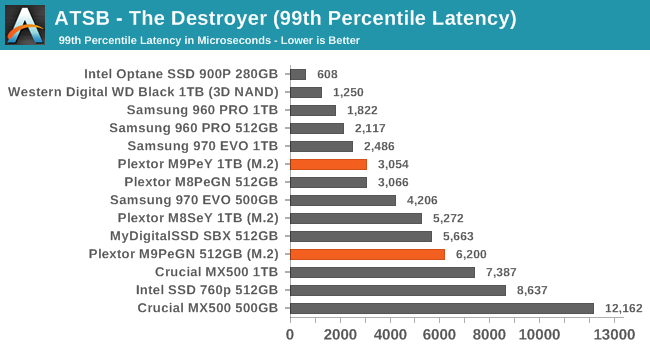 The average latency of the 512GB M9Pe matches that of the Intel SSD 760p, but without a 1TB 760p to compare against the 1TB M9Pe's average latency looks quite poor. The 99th percentile latencies of both M9Pe capacities are also worse than they should be, but don't stand out quite as much from the relevant competition. 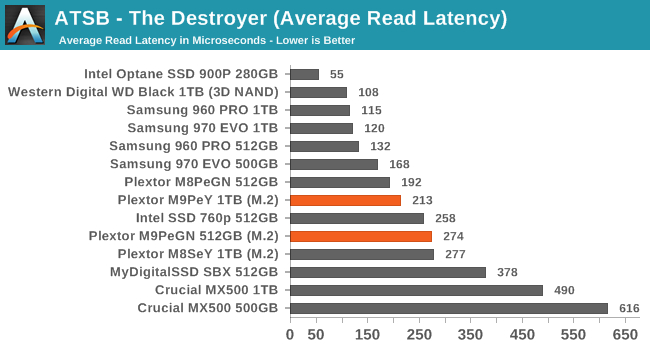 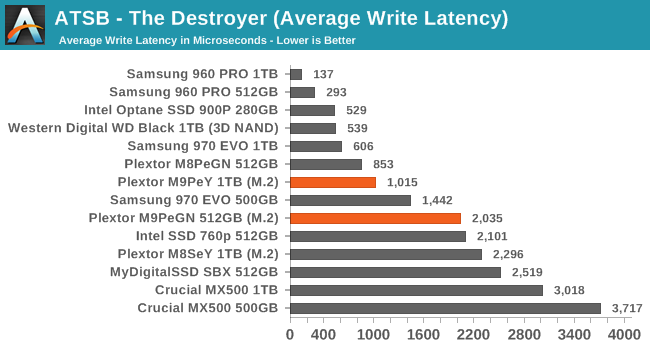 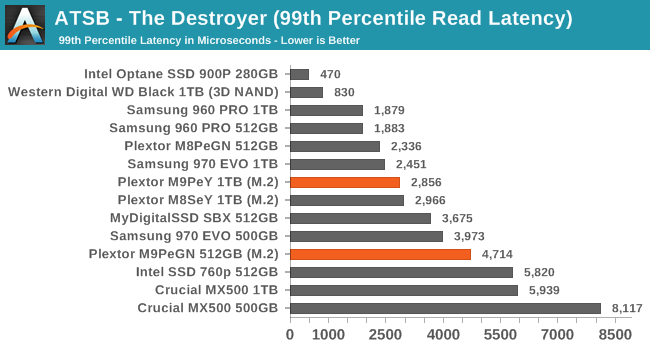 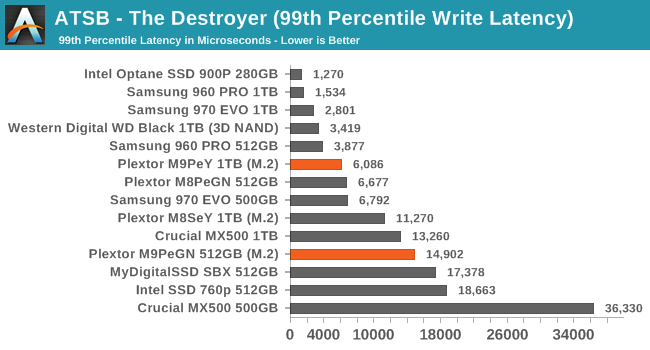 The 99th percentile read and write latency scores from the M9Pe are an improvement over the planar TLC-based M8Se, but the scores still aren't great. The 512GB model has trouble staying ahead of the Crucial MX500 and MyDigitalSSD SBX.

Energy consumption from the M9Pe during The Destroyer is on the high side, but not as bad as the M8Se was. The Samsung 970 EVO's energy consumption is also a bit higher than the M9Pe. The WD Black impresses the most, with higher performance than the Samsung drives while using half the energy.