The X370 XPower Gaming Titanium as you would expect has a wide variety of features and as far as an ATX sized X370 offering goes, it ticks a vast majority of boxes. With a lot of proverbial tricks up its sleeve, the XPower combines a lot of controllers featured on many mid-high motherboards currently on the market such as the Intel I211AT Gigabit networking controller and the fabled Realtek ALC1220 audio codec. Only the boards at the higher end of the spectrum feature U.2 storage connectivity such as this one, but in addition MSI have included dual M.2 ports on top of the six SATA 6Gbps you would typically expect.

The most striking aspect of the visuals on the XPower is the silver titanium finish across the PCB and the heatsinks. This dominates the aesthetics and allows MSI’s Steel Armor to blend in naturally, as opposed to sticking out on a background of all-black PCB. In addition to the entirety of the PCB (front and back), the rear panel also has a similarly colored panel as well as both the chipset and the power delivery heatsinks. 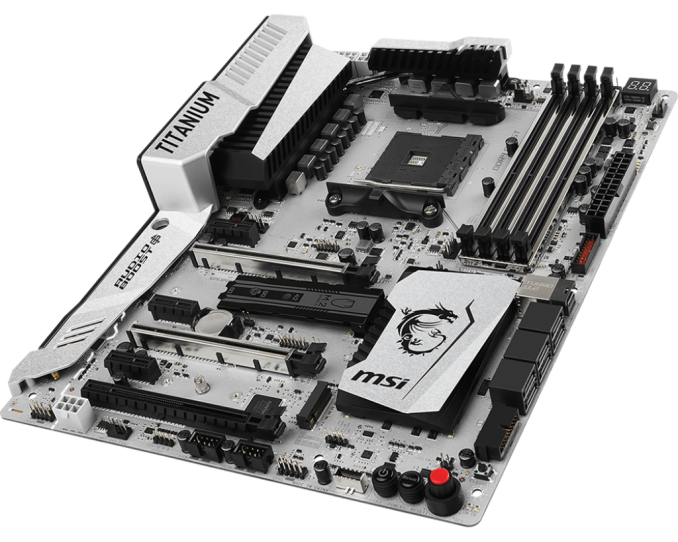 Another element associated with the aesthetics is the built in LED lighting. MSI has implemented basic white LEDs around the board, but the majority of them are featured on the underside of the board along the audio PCB isolation line. Although they can be controlled and adjusted via the MSI Mystic Light RGB software, they are simply white LEDs and offer little customization other than changing how the lights are displayed. For RGB users there is a single 4-pin RGB LED connector available. In the top right hand corner of the board is a two-digit LED debug display for POST codes. 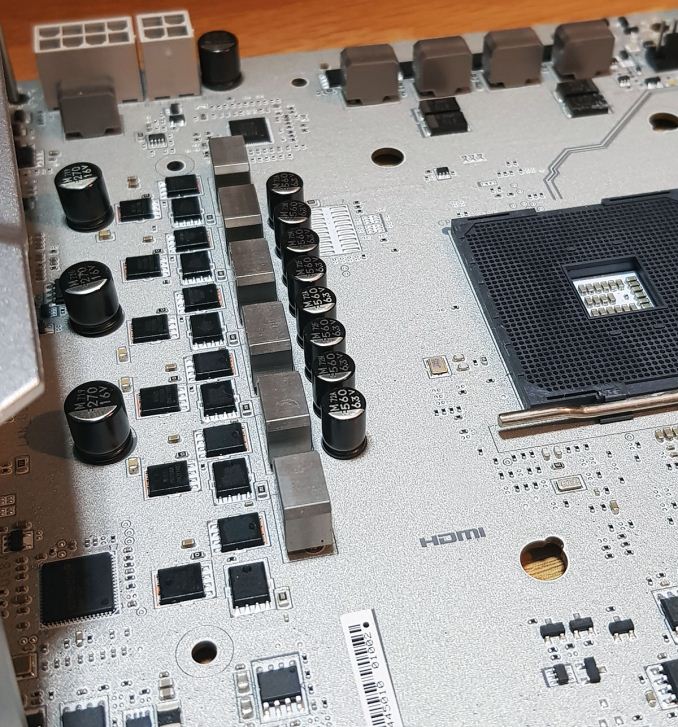 The power delivery on the X370 XPower starts with an International Rectifier IR35201 8-phase PWM controller that operates in a split 6+4 design; six being dedicated to the CPU, and four which features an IR3598 MOSFET doubler being used for the SOC. The use of doublers on the power delivery motherboards in this day and age is very common and isn’t usually a sign of weakness when it comes overclocking performance; even the highest end of motherboards do use them. What is interesting though is MSIs use of Nikos PK616BA MOSFETs for the CPU and twelve PK632BA MOSFETs making up the SOC section of the power delivery. The Nikos PK616BA MOSFETs are found on a variety of motherboards including MSI’s own B350 Tomahawk which we previously reviewed. MSI has however added an additional 4-pin power connector in addition to the standard 8-pin to feed power to the CPU. 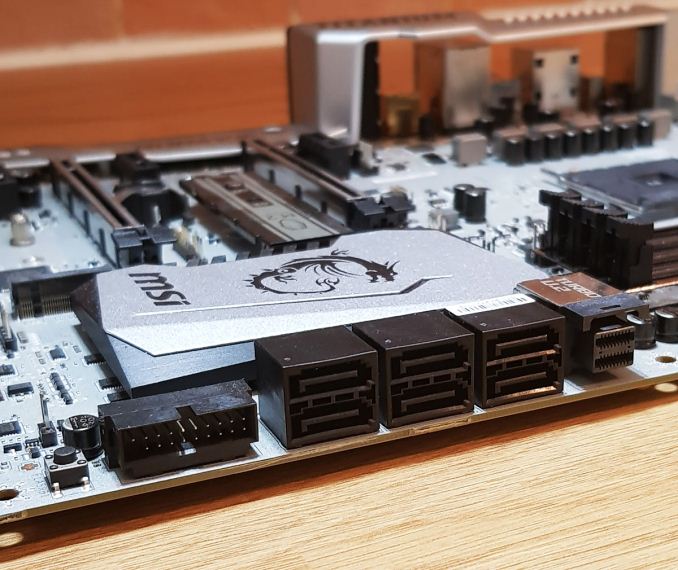 For storage, the board has dual M.2 slots, a single U.2 port, and a total of six SATA ports. The centrally located PCIe 3.0 x4 M.2 slot features MSI’s M.2 Shield, but the second PCIe 2.0 x4 M.2 slot from the chipset does not. That first M.2 slot is switched with the U.2 slot, as shown in the block diagram below on the right, while the second M.2 slot is switched with the PCIe 2.0 x4 slot on the bottom of the motherboard. 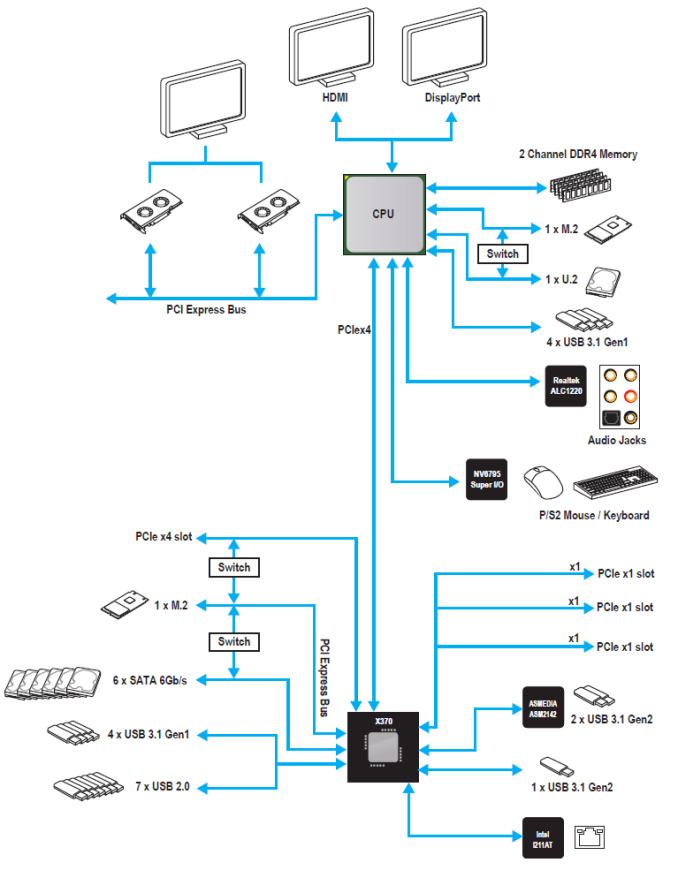 The six SATA ports are on the right-hand side and support RAID 0, 1, and 10 arrays. Just above these is the single U.2 port and a USB 3.0 header. 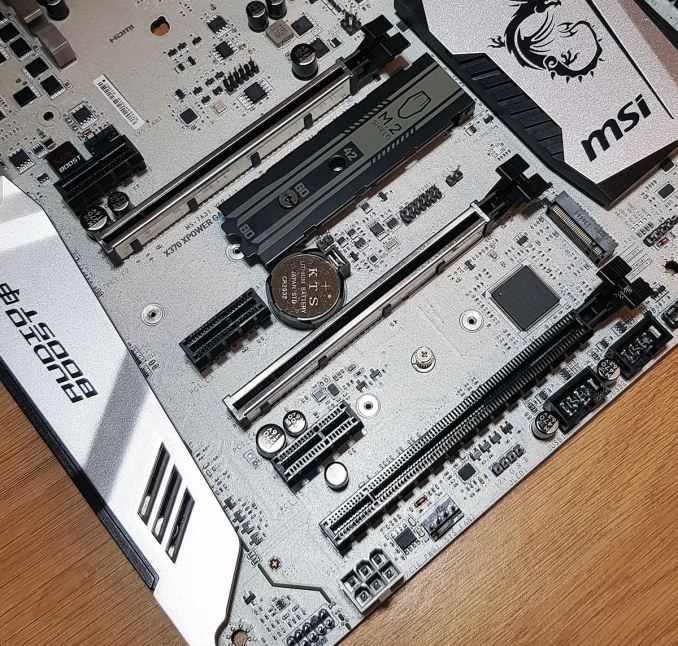 The MSI X370 XPower features a relatively 'standard' PCIe layout with a total of three full-length PCIe slots. The top two, which are connected to the CPU, feature MSI Steel Armor to bolster the strength of the slots whereas the bottom does not. 2-way NVIDIA SLI and AMD Crossfire are both openly supported with the lanes operating in x8/x8 when both the main slots are populated. There is also a single 6-pin PCIe connector for additional power when two high-powered cards in play. There is also three PCIe x1 slots for other peripherals. 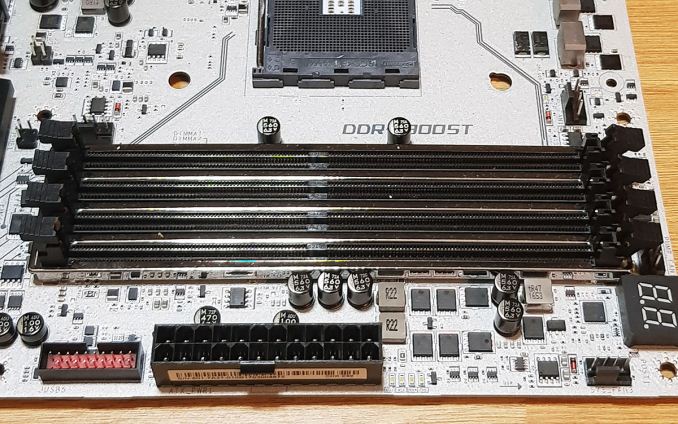 The X370 XPower Gaming Titanium offers a total of four memory slots with a maximum of 64GB, and up to DDR4-3200 listed as the on-the-box rating in dual channel mode. The memory slots also have reinforcement, similar to the PCIe slots.

In regards to USB connectivity, the X370 XPower has a single internal header for USB 3.1 from the chipset, and uses an ASMedia ASM2142 controller to offer a single Type-C port and a single Type-A port on the rear panel.There is also four USB 3.0 ports and a set of three USB 2.0 ports in play. One of these ports is vertical rather than horizontal, and is earmarked for the BIOS Flashback+ utility.

BIOS Flashback+ allows users to update the BIOS without having a CPU, DRAM, or GPU, in play. It is enabled via the vertical USB 2.0 port when a USB stick with an updated BIOS (with a particular file name, details in the manual) is inserted and the button to the left of the USB port is pressed.

For video with the new APUs, the XPower has a HDMI 2.0 output as well as a DisplayPort output. The rear panel also has the integrated Intel I211-AT gigabit ethernet and the audio jack setup for the Realtek ALC1220 audio. 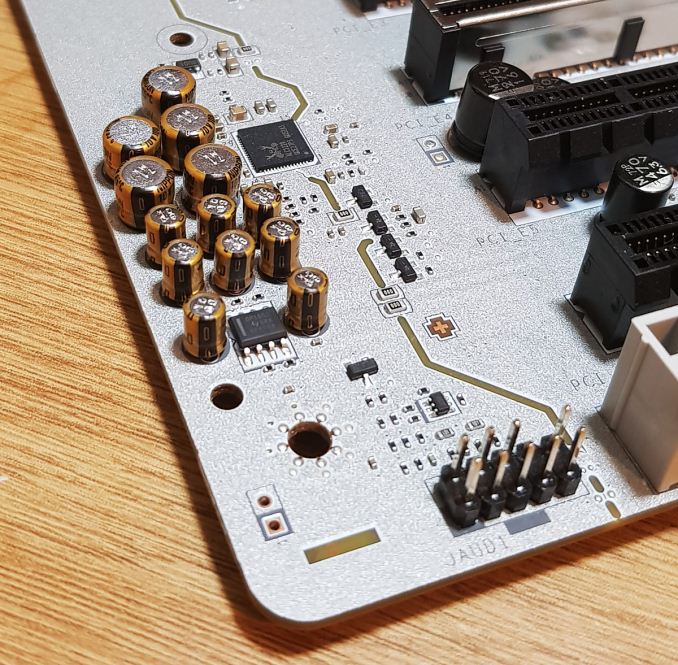 The onboard audio is driven by the Realtek ALC1220 codec which found on virtually all of the high-end motherboards in the market. What makes the XPower different from the rest is the addition of a Texas Instruments OPA1652 OP-AMP. While this isn’t an overly expensive OP-AMP for MSI to use, it did give a better result in our testing. Another element to consider is the PCB separation between the rest of the PCB and the audio PCB area, as well as the use of Nippon Chemi-Con audio capacitors.